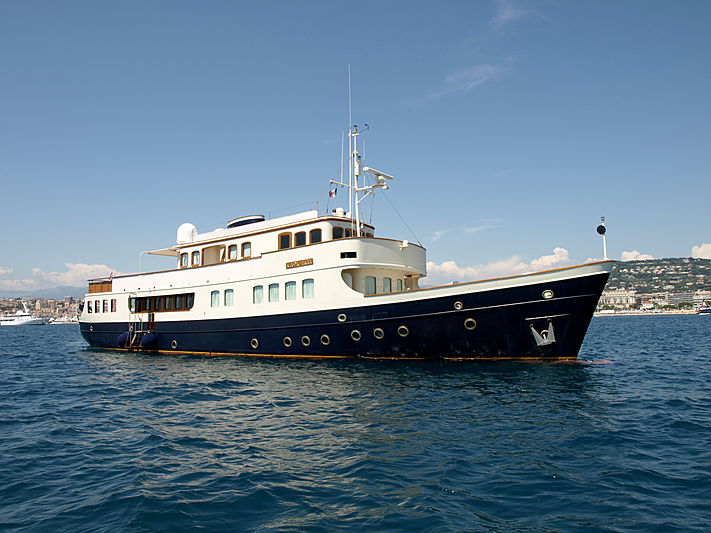 Photo: Camper & NicholsonsThis motor yacht for sale has switched ownership twice and was known as Kovalam for a short period of her life. Yacht Lady May of Glandore, for sale, can accommodate up to nine guests in her four staterooms, consisting of a full-beam master, a VIP and two twin cabins, supported by a crew of six. 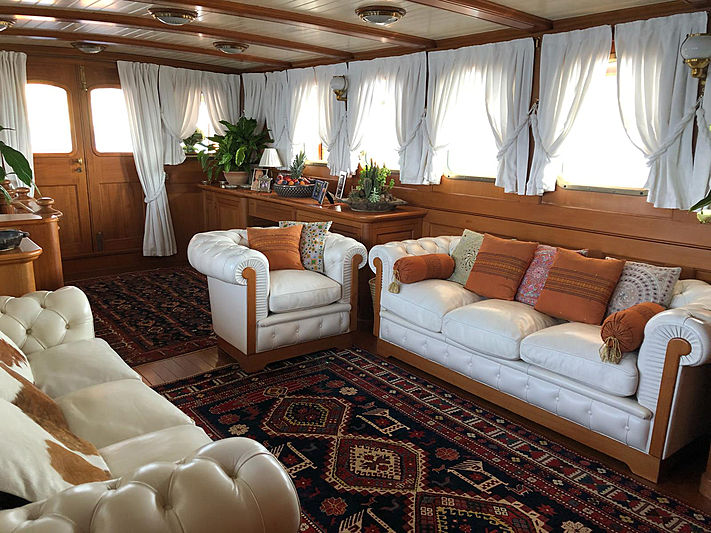 Photo: Camper & NicholsonsHer interiors include white upholstery with mahogany panelling which give her a timeless look. She has an alfresco dining table for up to eight people in her aft deck and cushioned sun pads on the deck above that allow her visitors to enjoy an open view of the sky while she crosses the expanse of oceans. 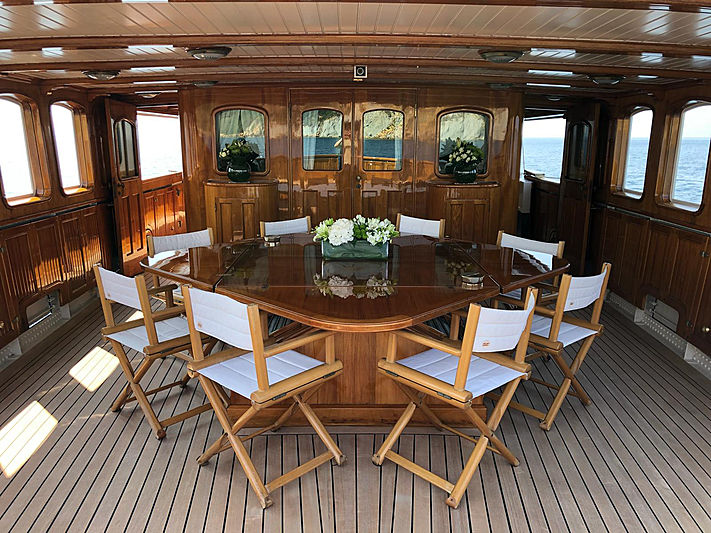 Photo: Camper & NicholsonsYacht Lady May of Glandore, for sale in Dartmouth, England, also comes equipped with two tenders, an Italboats Predator 570 and a three-metre Zodiac tender. With a volume of 137 GT and powered by twin Gardner 8L3B engines totalling 304 hp, this yacht for sale presents a smooth cruise at a speed of 10 knots and tops out at a maximum speed of 11 knots. 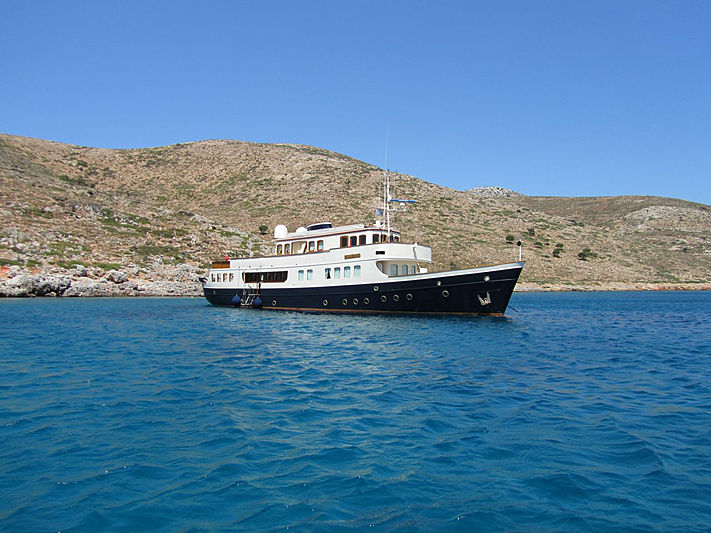 Lady May of Glandore yacht for sale

The classic 31m superyacht Lady May of Glandore in Sardinia