Overmarine Group has announced the successful launch and sea trials of its first 33.3-metre Mangusta GranSport 33 superyacht which took place last week. Presented for the first time last year, the vessel was bought by an American owner last April and was designed as a collaboration between the Group and Italian designer Alberto Mancini. 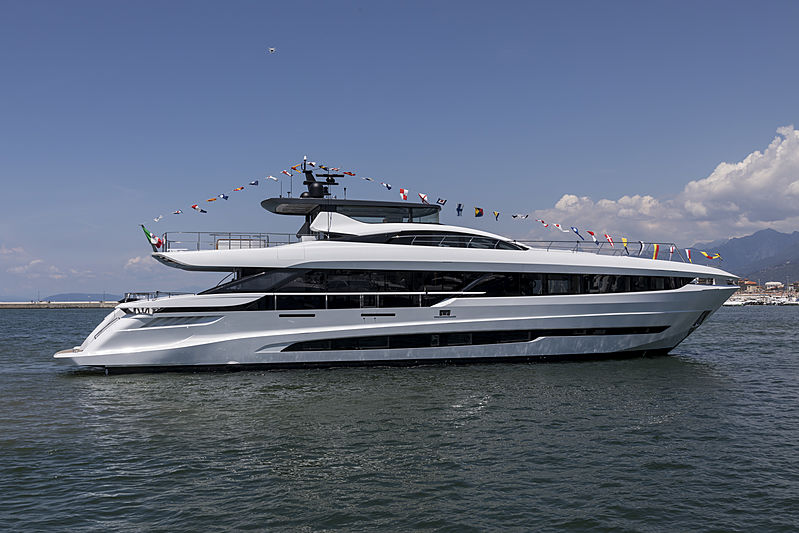 Photo: OvermarineOn board, the 228GT Mangusta GranSport 33 yacht can accommodate up to 12 guests, with her 40-square-metre master cabin located at the bow of the main deck. An additional four staterooms can be found on the lower deck and all feature interiors designed by Overmarine alongside the owner. A crew of five is also housed across three cabins.

With the possibility of choosing either an open or an enclosed flybridge (which spans a total of 56 square metres) for their new superyacht, the owner of the first Mangusta GranSport 33 opted for an enclosed version in order to enjoy a skylounge with indoor TV room. Outside, guests can also benefit from large sunbathing areas, a Jacuzzi and bar, as well as a pool with hydromassage and a lounge area located at the bow. 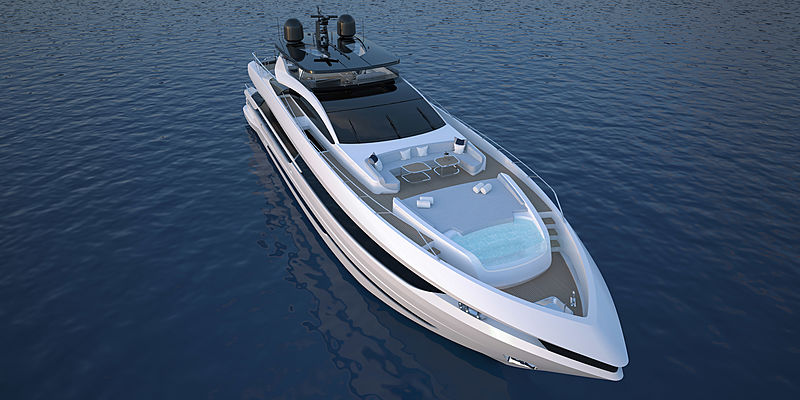 Photo: Overmarine Group
In terms of her performance, the Mangusta GranSport 33 reaches a maximum speed of 26 knots thanks to a propulsion package featuring 4 Volvo IPS engines and is fitted with a joystick docking system, a dynamic positioning system and electronic fin stabiliser systems. With a limited draft of 1.9 metres, she is ideal for cruising in shallow waters such as the Bahamas.