Home > News > Restoring 59m Marala: Everything you need to know about the Pendennis project

Hosting guests on board such as Salvador Dali and Amelia Earheart, the 58.83-metre classic superyacht Marala has seen it all. With just five owners in her 90 years, the romantic tales played out on the boards of the motor yacht lend Marala an air of intrigue, which is only heightened by her elegant interwar classical styling. Now, the golden-age yacht is undergoing an extensive 18-month restoration programme at Pendennis shipyard in the United Kingdom. Marala’s captain, Chris Lawrence, says “Her owners love restoring and looking after classic vessels. They expect to bring Marala back to her original glory and preserve her, giving her another fifty to sixty years of service for the future, as well as personal enjoyment in the present.” 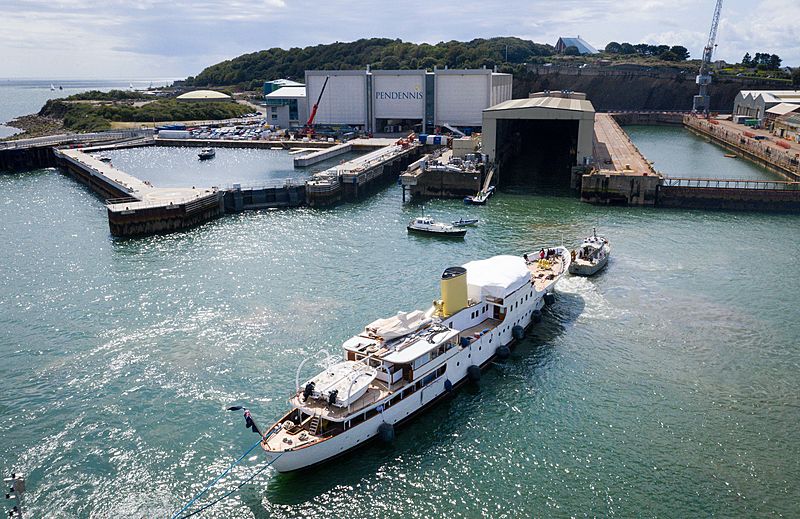 Photo: Jake SugdenHonouring her heritage
Originally commissioned by car and aircraft mogul Montague Napier, Marala was launched in 1931 by Camper & Nicholsons and immediately sold due to Napier’s untimely death. Her subsequent owner was Sir Richard Fairey of Fairey Aviation, who christened the yacht Evadne - the name she retained as HMS Evadne during the Second World War. 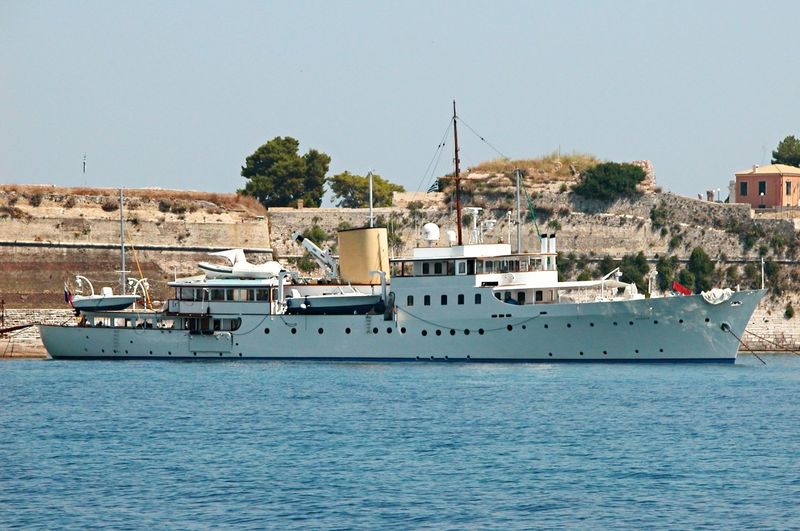 Photo: Benoit DonneAttained by the British Admiralty in September 1939, Evadne underwent a naval conversion, and was outfitted with anti-aircraft guns mounted on her decks. She served as a military vessel in the Strait of Gibraltar and in the Irish and Atlantic seas, before her decommission in September 1945. Marala has been well maintained throughout her life, though she has undergone various modifications and enhancements and subsequent owners have given the motor yacht various names, including Zapala and Gaviota IV. 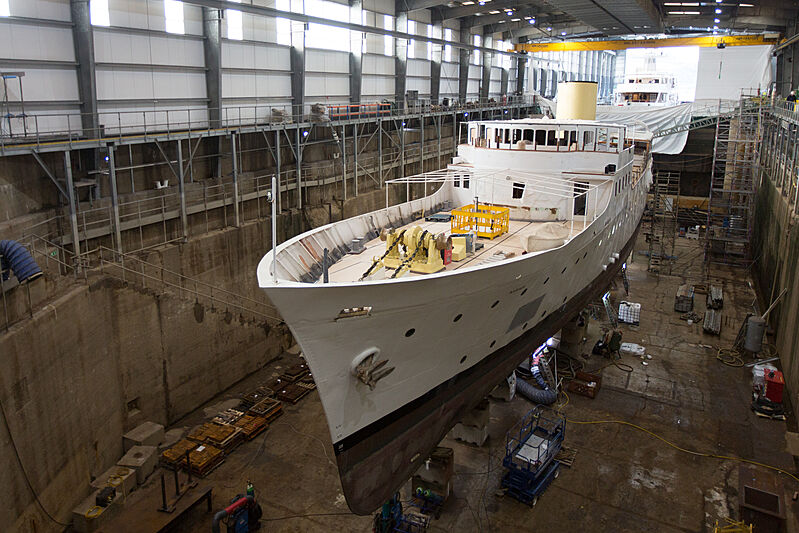 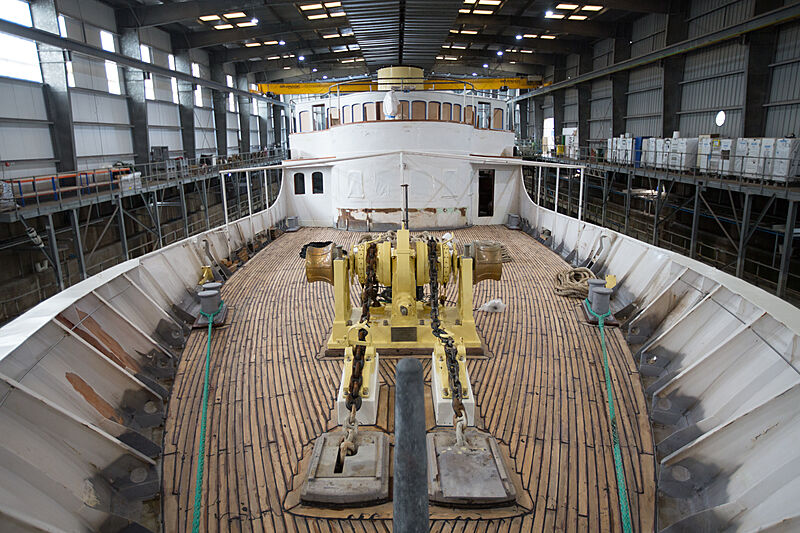 Nick Kearton, the project manager orchestrating the yacht’s restoration tells us, “Marala is a rare breed and very unique. She comes from an era of British yacht building that produced some of history’s timeless classics. On redelivery to the client, scheduled for later this year, Marala will sit proudly amongst the restored greats of the time period she hails from.” Her present restoration aims to revitalise her 1930s characteristics by recreating her original exterior lines through various superstructure modifications. 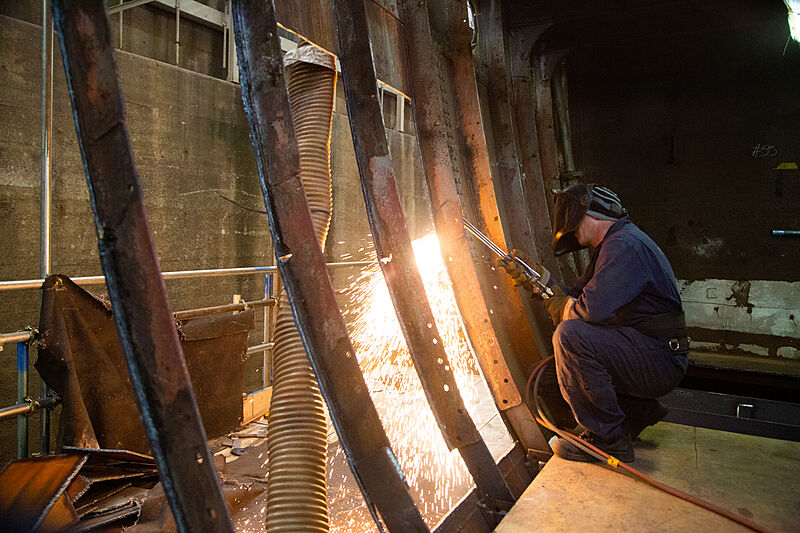 Overcoming obstacles
“We are more than 90% of the way through the structural repairs and exterior restorations, which have seen us return Marala’s superstructure to the look of her 1930s-self. Installation of her interior has begun, and we are a long way through fitting new systems behind the scenes,” Kearton reveals. Working together with London-based interior design team, Muza Lab, and lighting team, Ideaworks, the Covid-19 pandemic has hindered, but far from halted, operations. “We have embraced the communication technologies available to us and ensured progress has continued,” Kearton says. “In some cases this has even improved decision-making.” 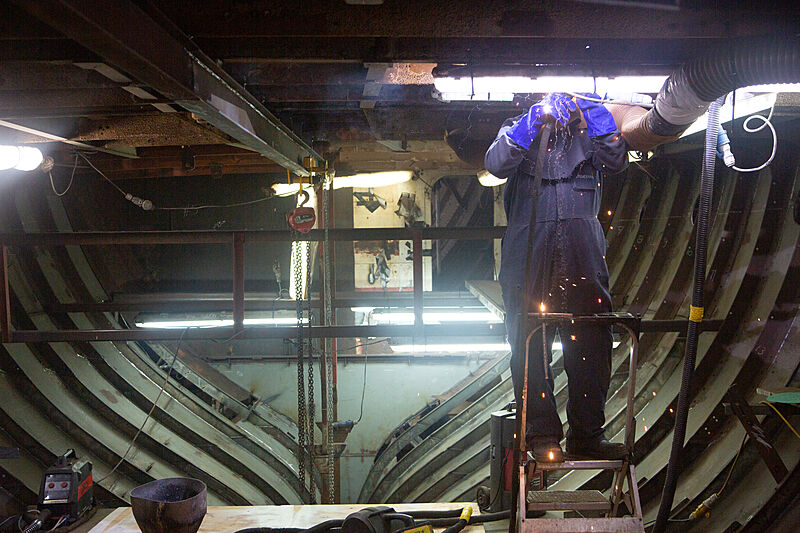 Despite this, the restoration project has not always been smooth sailing. “Space is always a concern,” Captain Chris Lawrence explains. “Having to replace parts of the vessel with more modern units to fit current regulations was probably the hardest part of this process.” Additional obstacles included Marala’s outdated interior systems, which had not been altered since her last refit in the 1950s. Plus, Kearton tells us “the vessel had also seen various additions and weight gains over the years. We were very aware of the special attention that would be required to restore her stability whilst keeping the displacement as low as possible.” 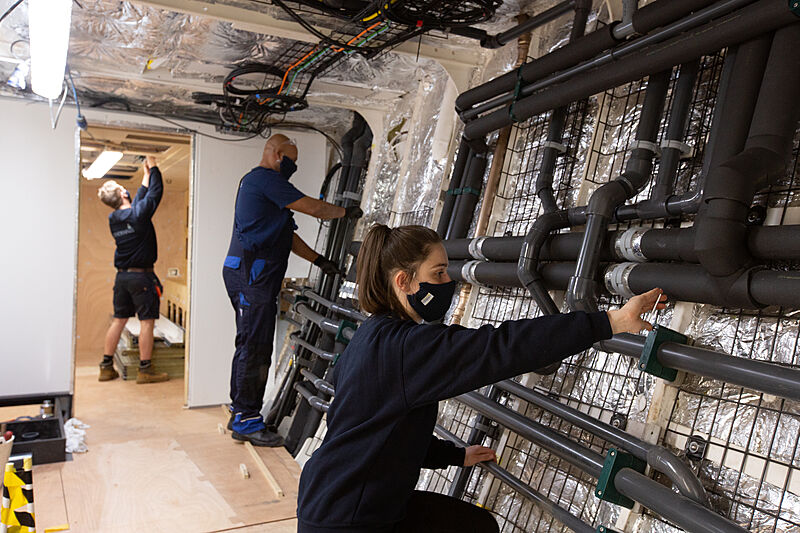 Standing the test of time
While challenging, the project has been a special one. “It was incredible to be one of the first people to see her original lines and shape again after years of being covered up,” Kearton says. “At that point it’s a little like looking into the past. That moment affirmed to me just how special she will be when restored.” Her exterior paint programme is underway, exterior joinery work will begin soon, and the team at Pendennis is about to begin reinstalling the equipment in Marala’s engine room, revolving around her original MAN diesel engines. When the restoration is complete, she will spend time cruising with her owner, and her captain says “hopefully she will spend some time chartering in the Mediterranean so others can enjoy her too!”