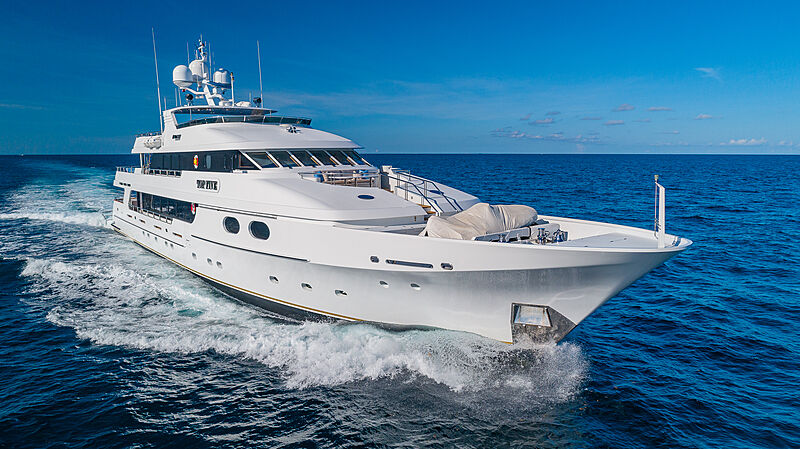 She features an exterior design by Christensen and an interior design by Carol Williamson. Built in 2005, Mi Amore underwent a refit in 2009 and then again in 2018. She will undergo another refit later this year.

Across her three decks, she offers accommodation for up to sixteen guests in six guest cabins, serviced by a crew of nine. She features a full-beam main deck master suite containing a king-size bed, his-and-hers walk-in wardrobes, private study and an en-suite with a Jacuzzi tub and shower. 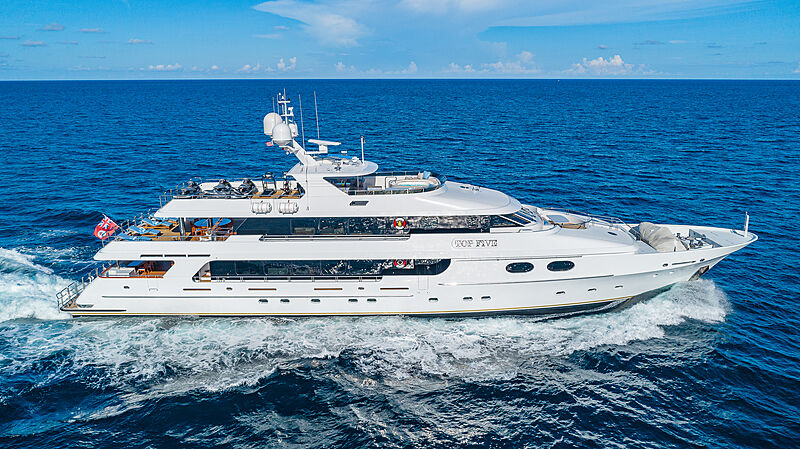 Photo: Northrop & JohnsonOn the lower deck, she has a full-beam VIP stateroom, two queen bed staterooms and two double-bed staterooms that have Pullmans. Inside, the decoration consists of walnut walls and cabinetry set off by marble inlay and stonework in a colour palette of aubergine, black, crème, gold and deep royal greens complemented by avant-garde artwork. 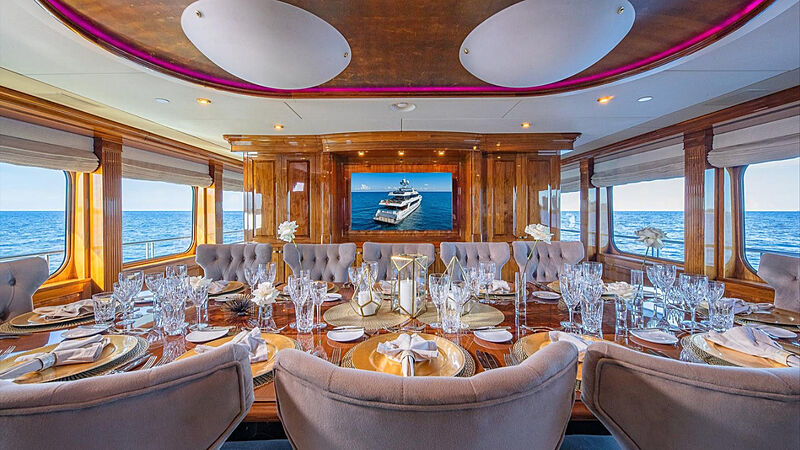 Photo: Moran Yacht & ShipThe superyacht has space for a formal dining set-up for 12 forward of the main saloon. She also has an elevator with access to all decks including up to the sundeck and its Jacuzzi, sunpads and shaded bar. In the skylounge aft, guests will find sun loungers and an alfresco dining table on the skylounge aft with an additional dining option on her main deck aft. 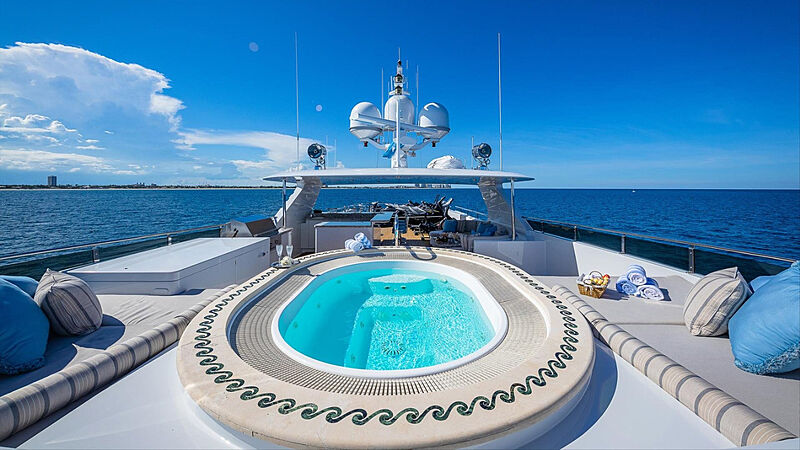 Photo: Moran Yacht & ShipMi Amore will soon offer a selection of new water toys and loungers, including a Sensational waterslide from the sundeck, rock climbing wall, SeaBobs. Additionally, the superyacht has a new 11.8-metre Invincible tender with a fishing tower and gyro stabiliser.

Powered by two Detroit diesel 16V 4000 engines, she can cruise comfortably at 12 knots and reach a top speed of 18 knots and will be seen on charter trips in The Bahamas, the Caribbean, Florida and New England year-round with Northrop & Johnson.