Leaving her shed at the Southern Wind shipyard this week is the just-launched 30-metre yacht Morgana, who after three years in the making, is the South African shipyard's latest custom model. Due to embark on sea trails in Cape Town, Morgana – previously known as project RP-Nauta 100 – will later head for the Mediterranean to be delivered to her owner.

Photo: Southern Wind ShipyardIn 2017, the experienced owner began the design process with Nauta Design and naval architects Reichel/Pugh Yacht Design to help create "a fast bluewater cruiser that can sail comfortably around the world" and compete in well-known superyacht regattas.

Built with various types of carbon, the lightweight superyacht comes with a lifting keel, a single rudder, a hybrid HR40 carbon mast, Hall Spars mast and boom and Future Fibres ECsix rigging among her performance-enhancing features. 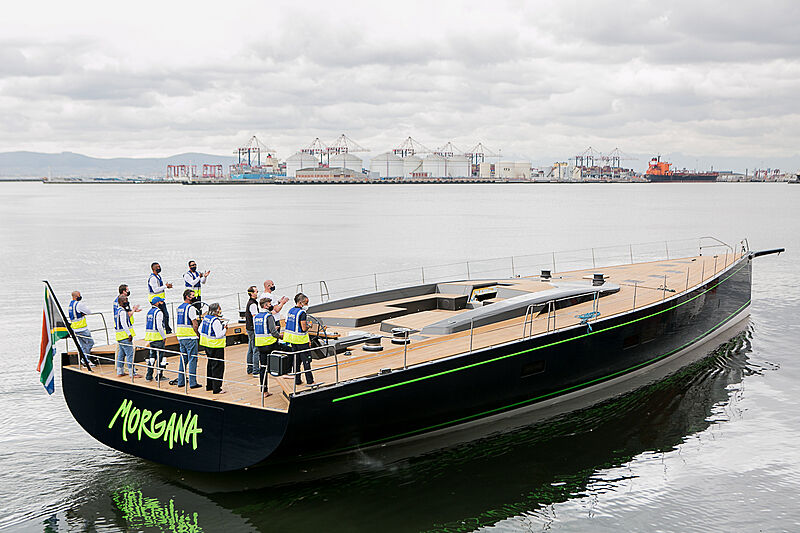 Photo: Southern Wind ShipyardJim Pugh, President of Reichel/Pugh Yacht Design, comments:  “The hull, sail plan, and appendages of the RP-Nauta 100 benefit from the combined research and development of recent R/P superyachts. This latest yacht features a powerful hull-form when heeled and a narrow upright waterline which provides stability while reaching and sailing upwind in addition to great light air performance. This yacht will deliver an exceptional sailing experience while cruising and at superyacht regattas.”

“The owner was particularly keen on three aspects of the project,” says Mario Pedol from Nauta Design. “Functionality for safe and comfortable navigation, performance to enjoy racing in the most famous superyacht regattas and sexy, appealing design to give the yacht a modern, aggressive and sporty look.”

Photo: Southern Wind ShipyardMorgana has a spacious, flush deck and stands out for the sleek and sporty lines of her coachroof. The clean lines also benefit from a hidden mooring arrangement and an underwater anchor system. On board are three staterooms including a large owner’s suite forward with ample closet space and a TV area in the forward part of the saloon. The aft crew area features a captain’s cabin and a crew cabin with two bunks to starboard. 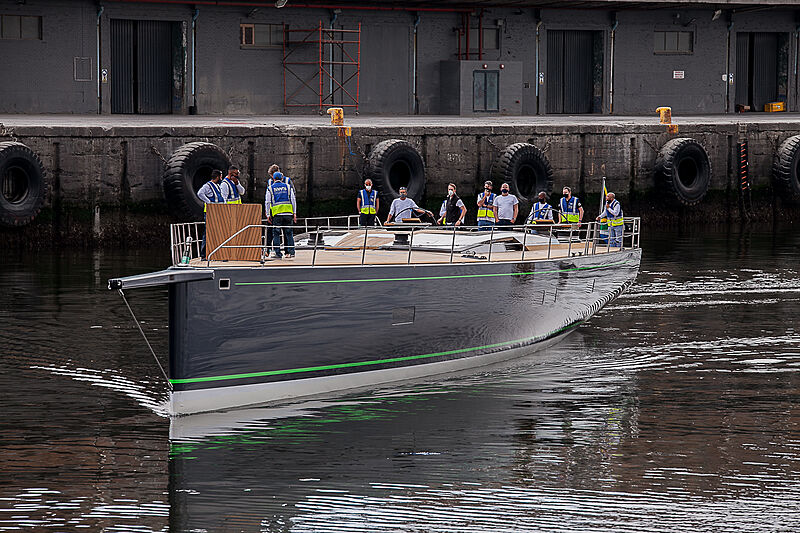 Photo: Southern Wind ShipyardMarco Alberti, SWS General Manager adds: “This yacht benefits from the experience gained in the last years with the construction of several semi-custom yachts in this size range and from the technological innovations mastered building the SW-RP90 custom Allsmoke."

“Carlo Torre, managing director and founder of Monaco Yacht Temptation (MYT), contributed during the construction process by putting his vast experience in coordinating and representing the owner during the whole construction process,” says Mario Pedol of Nauta Design. Also involved in the build was Yann Dabbadie, the shipyard's Technical Manager, who adds: "A full height and accessible engine room makes for easy maintenance. Since this latter was designed slightly to starboard, systems and battery positioning had to be carefully optimised and balanced." 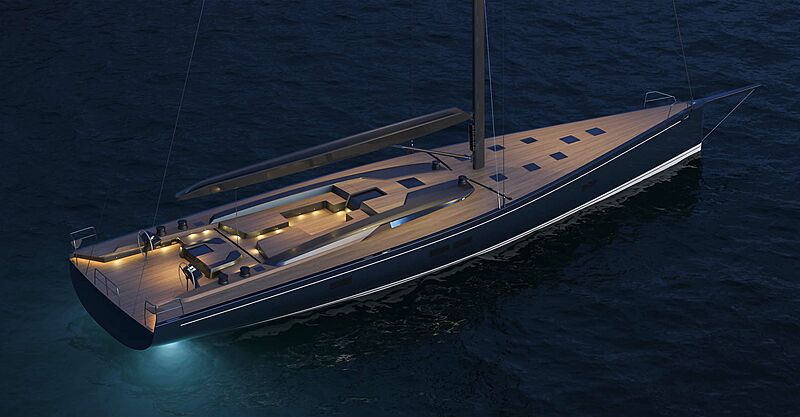 Photo: Nauta Design"The hydraulic system is powered by two 48V DC motors that produce 40kW and are controlled by a very efficient PLC system designed by MYT that can run in a completely silent mode. The lifting keel was designed with a semi-cylindrical head to make best use of composite material and optimise weight. More than 600kg were saved thanks also to detailed engineering done with GURIT," Dabbadie concludes.