More details have been released regarding the news of the 39.6-metre sailing yacht My Song going overboard earlier this week off the cargo vessel Brattingsborg during her transportation to the Mediterranean. The owner of My Song, Pier Luigi Loro Piana, was intending on returning to the Loro Piana Superyacht Regatta next week with My Song following her winning victory in the Class A race last year.

Photo: PressmareThe logistics company responsible for the transportation of My Song, Peters & May, was informed of the loss in the early hours of Sunday 26 May. On the morning of Tuesday 28 May, Peters & May stated they are continuing to attempt to salvage the yacht with the help of Brattingsborg's captain and additional third-party salvors.

With an investigation into the cause of the incident in progress, the initial assessment suggests that My Song fell due to the collapse of her cradle during transport. The cradle is said to have been "owned and provided by the yacht, warrantied by the yacht for sea transport and assembled by the yacht’s crew". 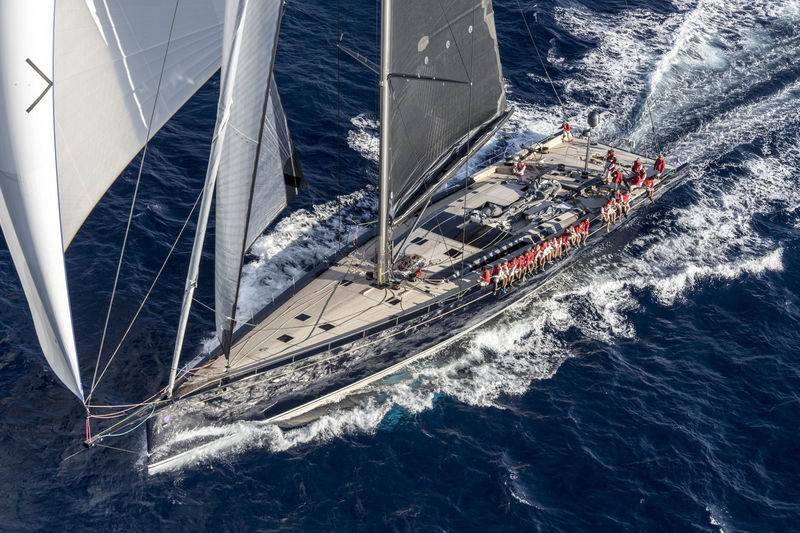 Photo: Carlo BorlenghiSince the news was first announced, Peters & May has released a statement regarding the incident, where company CEO David Holley speaks in reference to the loss of superyacht My Song:

This press release is in response to the ongoing media speculation in reference to the loss of sailing yacht My Song in the Mediterranean.

We would not normally comment on cargo incidents but given the high-profile nature of this yacht and the media interest, we feel that we need to formally give some clarification. There are several individuals passing judgement on what may or may not have happened and we will attempt to offer some clarity, albeit at an early stage of the investigation. Our reputation is second to none and we will not have it tarnished by unqualified individuals passing judgement without facts in hand. I will add that I am disappointed that confidential photographs were leaked to the media.

We were informed of the loss of a yacht from the deck of the MV Brattingsborg at approximately 0400hr LT on 26th May 2019. The yacht is sailing yacht My Song. Upon receipt of the news, Peters & May instructed the captain of the MV Brattingsborg to attempt salvage whilst 3rd party salvors were appointed.The vessel maintained visual contact with My Song until the air and sea search was initiated. As of 0900hr BST on 28th May 2019, the salvage attempts are still ongoing. To ensure the safety of the remaining yachts, Peters & May have instructed the carrying vessel to continue her planned voyage to Genoa. No other yachts have been affected by this incident.

A full investigation into the cause of the incident has been launched, however the primary assessment is that the yacht’s cradle (owned and provided by the yacht, warrantied by the yacht for sea transport and assembled by the yacht’s crew) collapsed during the voyage from Palma to Genoa and subsequently resulted in the loss of My Song overboard. I will add that this is the initial assessment and is subject to confirmation in due course.

As a leading yacht transporter for the past 40 years we take great pride in what we do and go above and beyond all standard operating procedures to ensure safe transit of all yachts carried by us. We have procedures in place to respond to this kind of incident, although we hope that they are never required.

This incident is more than regrettable, however, the transport of yachts on cargo vessels continues to be one of the safest and most cost-effective solutions when carried out by a reputable company such as Peters & May.

More information will be made available in due course but in the meantime, I request that everyone respects the sensitivity of this issue to all parties concerned.