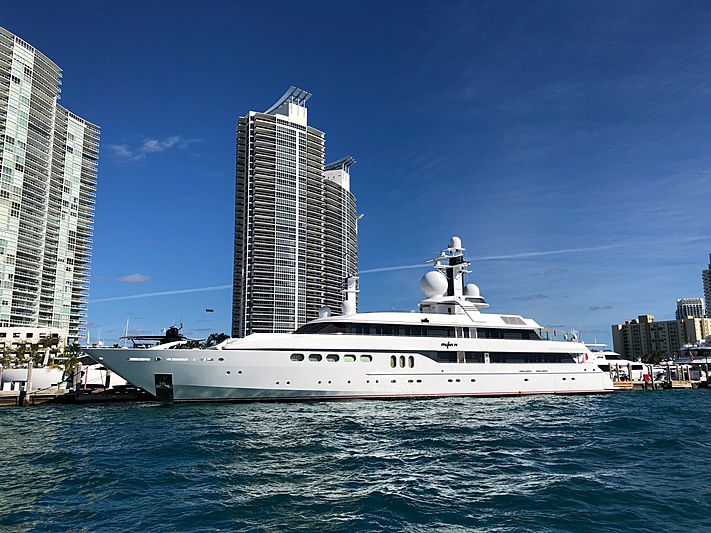 Photo: Maarten JanssenThe 61.0-metre superyacht Mylin IV has been cruising the seas since 1992. Built by Feadship, the yacht features naval architecture and exterior design by De Voogt Naval Architects and the interior of the 1,011 GT vessel was designed by the London-based Donald Starkey. Over her long history, the yacht has known several owners and has benefited from various yard visits over the years, most recently in 2019. According to Feadship, Mylin IV was the shipyard’s first yacht to have a bulbous bow, which her naval architects developed together with the Dutch Maritime Research Institute. The yacht has a range of 4,000 nautical miles, cruises at 16 knots and can reach up to 20 knots, powered by two MTU 12V 1163 TB63 engines with a combined 7,510hp.