Home > News > The 72m Golden superyacht Natalina A in Dubai 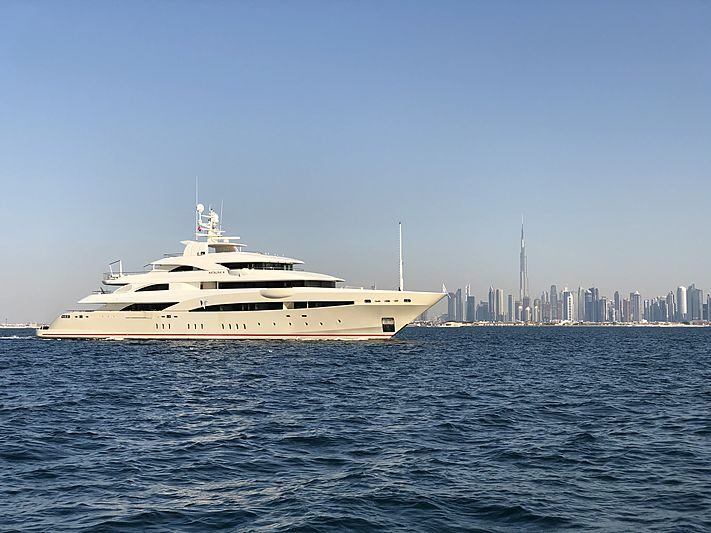 Designed inside and out by the Rome-based Studio Vafiadis and formerly known as O’Pari 3, the 71.85-metre yacht Natalina A was built by Athenian shipyard Golden Yachts and delivered to an experienced Greek owner in 2015. With room for 18 guests in nine staterooms and the possibility of 23 crew in 12 cabins to attend to them, the Bureau Veritas-class yacht had a successful charter history in the Mediterranean during her first year and changed ownership as well as names in December 2016. The 1,708 GT yacht has large deck spaces and a wide range of amenities including a spa pool and a touch-and-go helipad, as well as a wide selection of toys and tenders. These days, Natalina A is usually in or near Dubai with her Middle-Eastern owner.