Yacht Path Marine Group, the global yacht transport company announced that they are now embarking on a major international expansion of services from the Persian Gulf to other popular cruising destinations.

"Although our main focus has been importing yachts into the Middle East, it is our intention to also use Dubai as a transshipment hub for yachts en route to Asia, as well as other potential neighboring countries as their final destination," said Yacht Path Business Development Director Krista Kersey. Beginning Summer 2009, Yacht Path will be offering a new round trip service from Jebel Ali to destinations such as the Islands of the Seychelles, Maldives, Phuket and Singapore, as well as the more traditionally visited cruising grounds of the Mediterranean, including Lebanon and Cyprus. 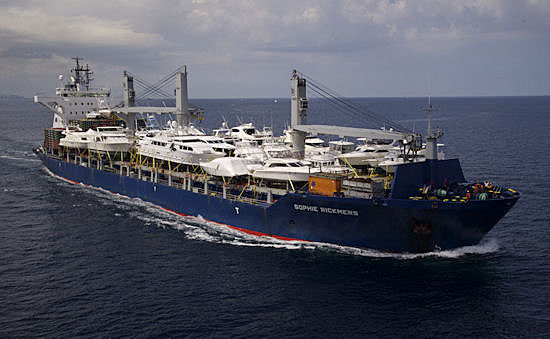 Yacht Path is less than eight years old, but has already made its mark as one of the top three yacht transport companies in the world. Nonetheless, the decision has just been reached to increase their global reach and cement their commitments in 2009 with regular services to and from Dubai every 45 to 60 days, or as frequent as volume demands. "Dubai is a market that requires a long term commitment; at least three years to establish a presence and ensure name recognition. Yacht Path is committed and willing to invest in this trade route, as we see the future opportunities in the region are abundant," said Kersey.