The 120m Project Y910 is currently berthed in the Fincantieri Shipyard in Trieste and is ready for conversion. Originally a commercial vessel, the yacht has been semi converted, allowing the future owner to fully put their mark on her. Substantial headway has already been made with the conversion; the hull, superstructure, and most of the crew areas now complete. Fincantieri, her conversion fitters, is confident that the future owner can complete this conversion project in under 18 months 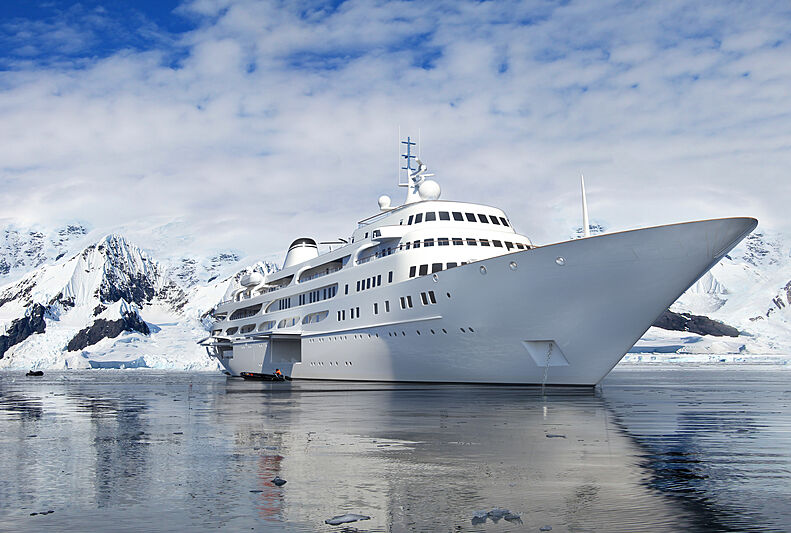 Not only is this among the top twenty biggest yacht conversions, Fincantieri is working to make her completion a historic event. Sustainability and unlimited horizons are the mantras behind this rebuild. Her innovative hull design, hybrid propulsion and waste heat recovery are just three ways that will make this a reality.

As the main bulk of the conversion is still to be designed, the possibilities of how this vessel will be shaped are only capped by the imagination. At  approximately 6,000 GT and with over 2,500 square-metre of guest interior, there is considerable space for the future owner to play with. The exterior is vast and already features two helicopter platforms and one lift hanger. There is also a pool on the upper deck and space to add gyms and bars, while still leaves plenty of space for lounging areas. She will be equipped with a wide selection of toys, from Jet skis through to diving gear. Inside, Project Y910 can accommodate up to thirty-six guests across her eighteen staterooms, not including the space for her fifty crew. The structures are in place, but the décor and design are still speculative meaning that she can be crafted into a superyacht, cruise vessel or research ship. 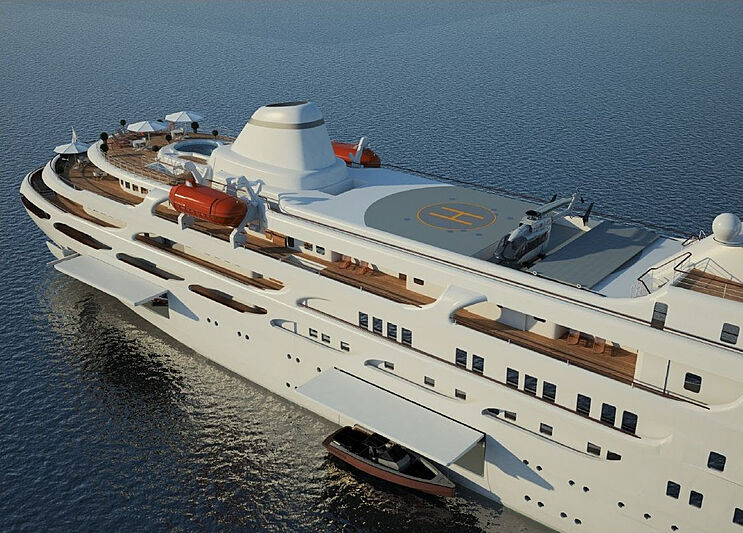 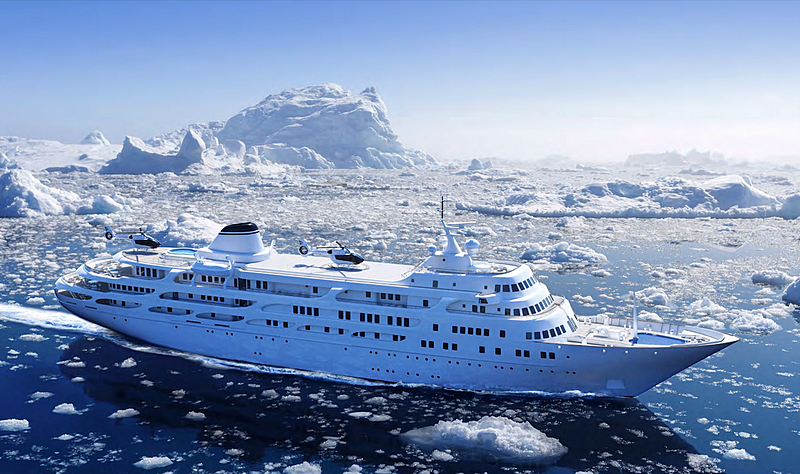 What makes Project Y910 so spectacular is her ability to tackle extreme climates, and her autonomy to circumnavigate the globe. She is built with an Ice Class 1A hull which means she can cut through the Arctic at ease. Her 10,000 nautical mile range also makes this possible, and with a cruising speed of 14 nautical mile she can cover distances at a good steady rate. Her design, then, can also make her a strong companion for long expeditions. The Project Y910 can get researchers to remote destinations, while also providing space for all the necessary equipment and sanctuary for the needed rest bite. In short, she has been designed with unlimited world cruising possibilities in mind. 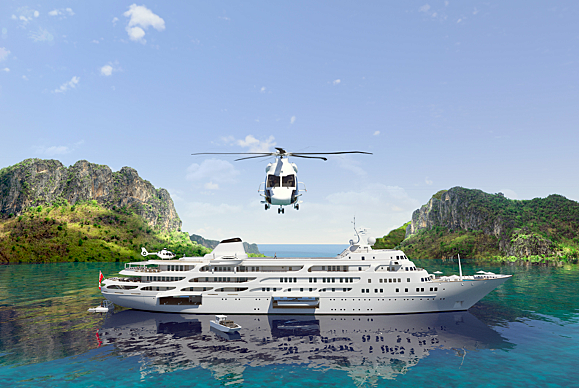 Project Y910 was originally built at the Gdynia Yard in Poland in 1990 and served as a commercial vessel until 1998. She used to sail under the name Vladimir Chivilikhin until she underwent conversion and was extended to the length she is now. McFarlane ShipDesign took charge of her exterior and naval architecture during her previous conversion, while Stirling & Co penned her interior. The exterior was completed, but the project went on hold for unknown reasons before work could go underway inside. She’s been quiet until now, apart from a brief resurface in Malta back in 2013.

The design will be available for viewing next week at the Monaco Yacht Show, booth QH5.