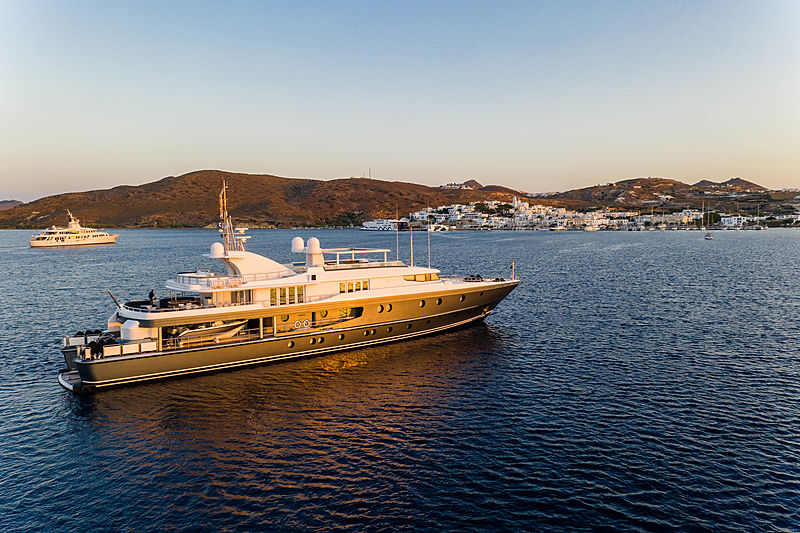 Photo: Marco VerchBuilt in 2001 by Oceanfast, the 57-metre motor yacht Sagitta was spotted cruising near the harbour town Adamas in Greece. With an interior and exterior design by London-based design studio Bannenberg & Rowell, she is one of the last yachts designed by the late Jon Bannenberg. Sagitta was launched in Fremantle, Australia,  and has been maintained in turnkey condition by the same owners since her build. Accommodating up to 12 guests, she is powered by twin MTU 16V 4000 M90 engines with an impressive 3,601 hp each. Motor yacht Sagitta reaches a top speed of 22 knots and cruises at 18 knots.