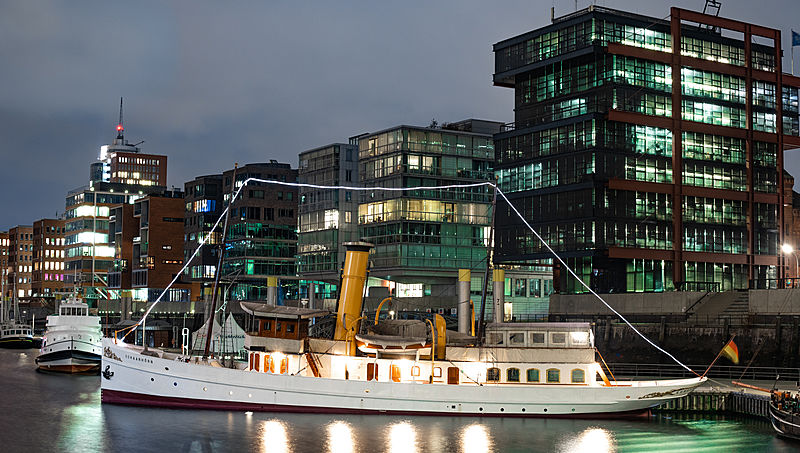 Photo: Charl van Rooy / SuperYacht TimesBuilt in 1908 at Hamburg-Steinwärder as an oceangoing sounding vessel, the classic motor yacht Schaarhörn has a rich and colourful history operating in the free city of Hamburg, Germany. Life for the steamship started with being commissioned for the continuous depth measuring of the Elbe River - Hamburg’s link to the North Sea that stretches over 100 kilometres. It is said, but never quite confirmed, that Schaarhörn was used as a state vessel during imperial visits to the city by the German Emperor William II and the Hamburg Senate.

Schaarhörn also played a role in both the first and second World Wars by operating as a minesweeper guide vessel and later a refugee ferry between the ports of Stolpmünde and Gdansk respectively. Schaarhörnwas decommissioned in 1972, and following two failed restoration attempts that saw her cruise to Scotland for maintenance works, a local business group returned the vessel to Hamburg in 1990 where restoration work began that would last five years following years of deterioration and vandalism while lying in the small Scottish port of Buckie.

Now restored to her former glory, today Schaarhörn is available for private charter cruises and select voyages open to the public.

The 105m Lady Moura in Hamburg