Hakvoort’s new 63-metre flagship yacht Scout entered the icy waters of the North Sea today as the yacht is preparing to be put through her paces during an intensive period of sea trials ahead of her delivery. She was seen passing through the IJmuiden locks this morning; Amsterdam’s gateway to the North Sea. 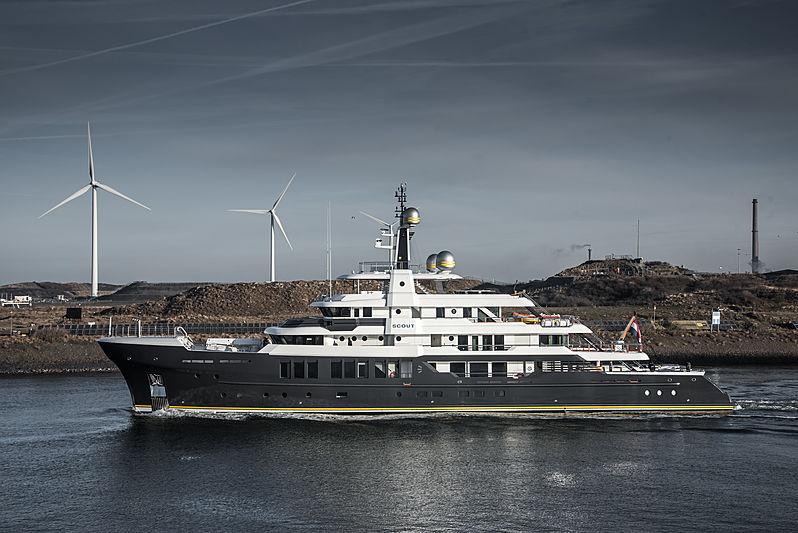 The project is the design work of H2 Yacht Design who was tasked with the near-complete redesign of the vessel after being acquired by her owners mid-build, a deal facilitated by Fraser. Diana Yacht Design is the office behind the naval architecture of Scout, and, amongst other projects, also worked with Hakvoort on their previous largest yacht - the 61-metre Just J’s. 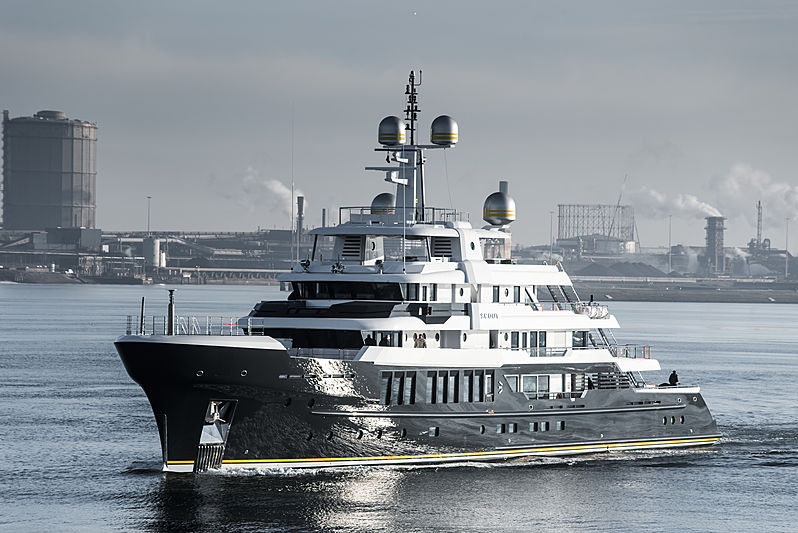 Inside, a dedicated owner’s deck below bridge level houses the owner’s suite which leads out forward onto the helicopter landing pad on the bow. Four guest cabins accommodating eight guests are all place on the main deck with the lower deck reserved for technical areas and crew quarters.

Scout will be able to cover a distance of 4,800 nm with a full tank of fuel and a speed of 12 knots and max out at a speed of around 14.8 knots. Final outfitting will continue in Amsterdam where Scout will receive her mast, crow’s nest, stabilisers and propellers. 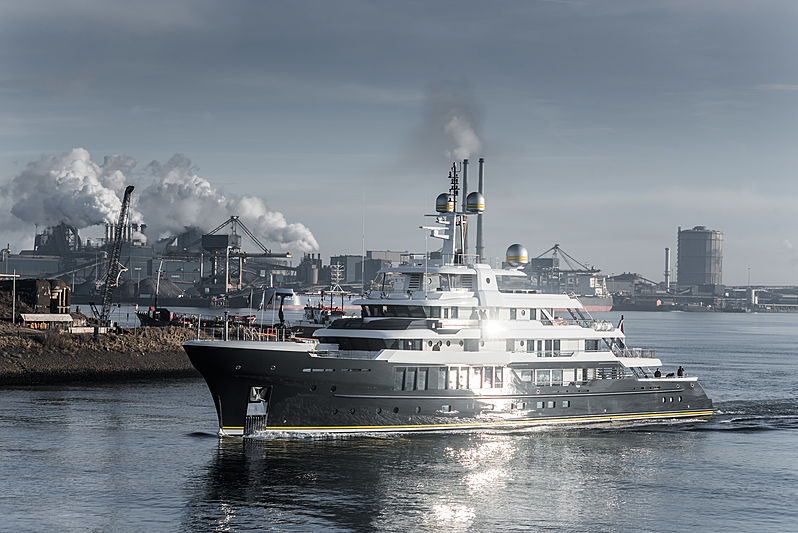