Home > News > Superyacht Skat comes on to the market

The iconic superyacht Skat has been listed as a yacht for sale after nearly two decades with her current and original owner. Having been set loose by Lürssen in 2002 after a two-year build, Skat has cruised around the world showing off her unique military-inspired exterior design by Espen Øino. 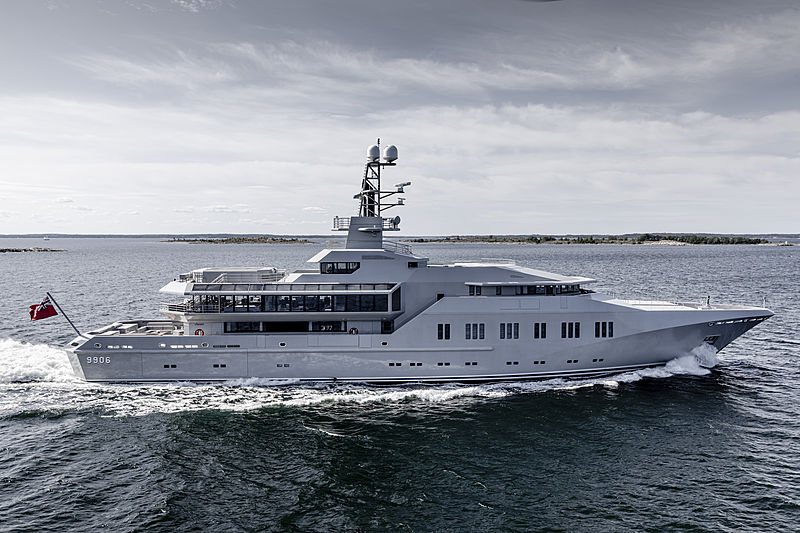 Photo: Guillaume PlissonThe combination of reflective construction materials such as steel, aluminium and glass help create her distinctive grey colour and angular windows that famously jut out from her superstructure. As per the owner's wishes, the cleverly-created windows create her bridge-deck conservatory to purposefully draw in light. 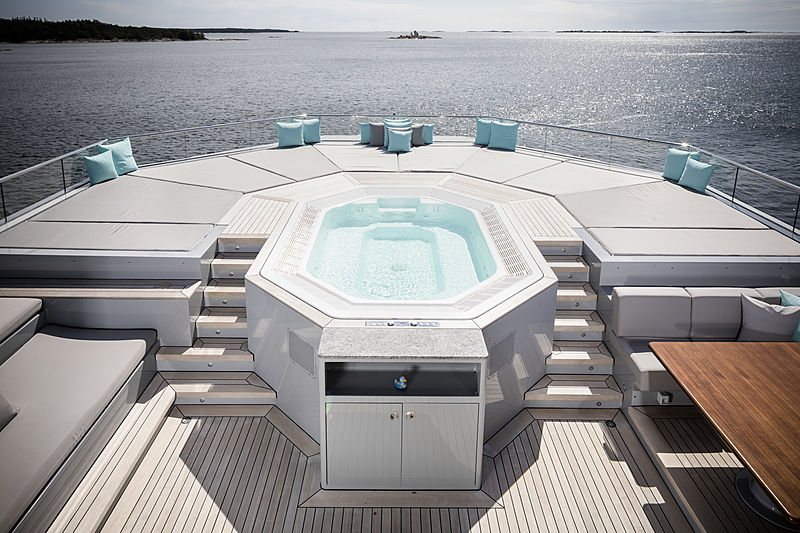 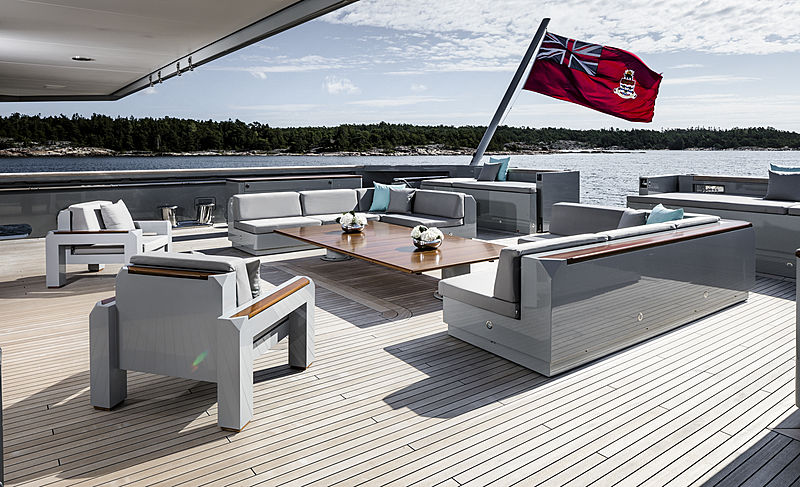 Photo: Guillaume PlissonMeasuring 71-metres, yacht Skat, for sale, spans three decks, all of which have been decorated to the work of interior designer Marco Zanini. To match the exterior lines, the interior is minimalist with only a few materials and colours used throughout, prooving that Skat is a superyacht built for purpose and not for show. The helipad is one of the most notable aspects of her functional design, capable of refuelling, maintaining, landing and carrying an EC135 or Agusta 109. A 1,000kg davit is available to lift items on and off this deck, all of which can be viewed by guests on the recessed forward sun pad cushions. 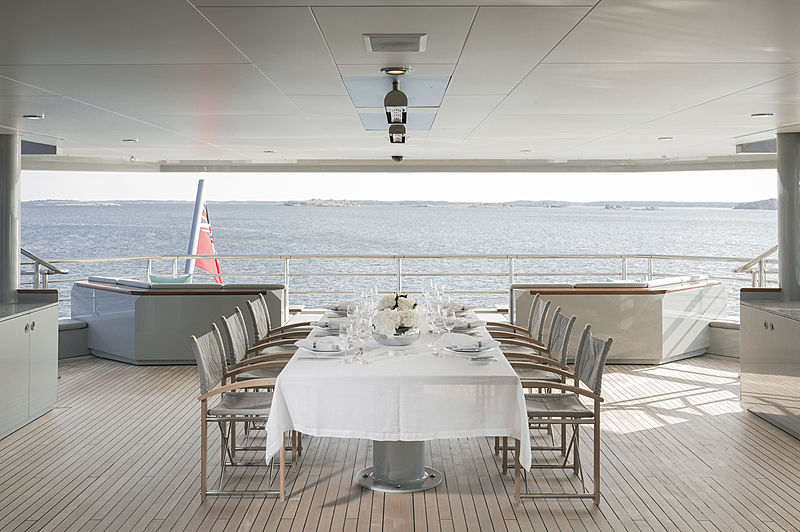 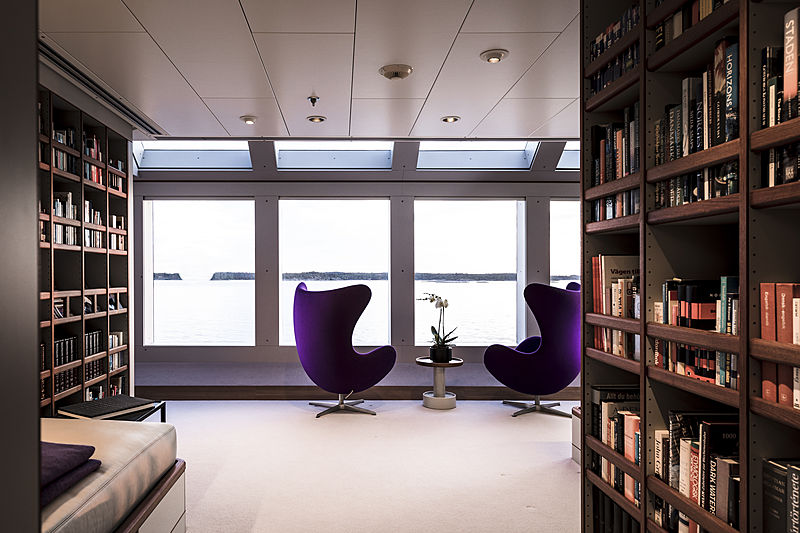 Photo: Guillaume PlissonLooking out onto the helideck is the gym deck, fully-equipped with whirlpool with dining area to starboard, sun pads forward and a U-shaped seating which can be converted into an outdoor cinema space. Through the glass doors is the gym with its sauna, shower, bathroom and service pantry. Accessed via the in-built elevator, the bridge deck houses the pilothouse, the captain’s quarters and one of the six double guest staterooms. From midships aft, the bridge deck is a large open-plan living area surrounded by the overhanging glass conservatory. 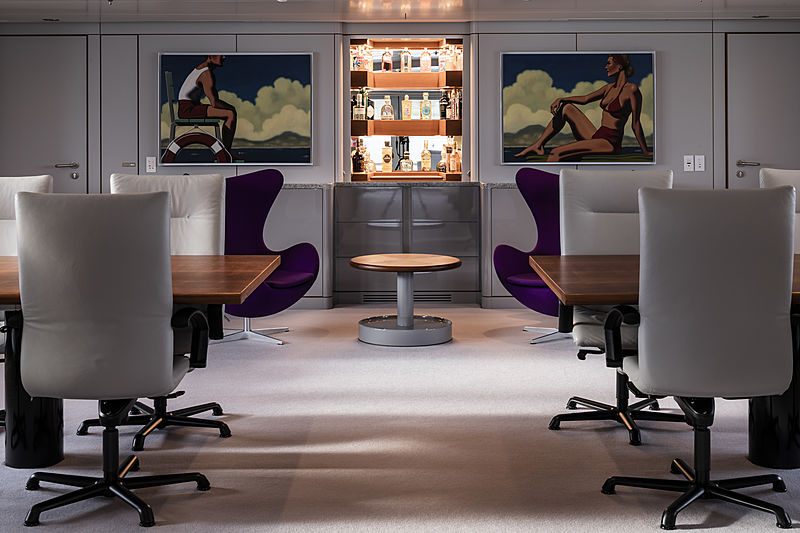 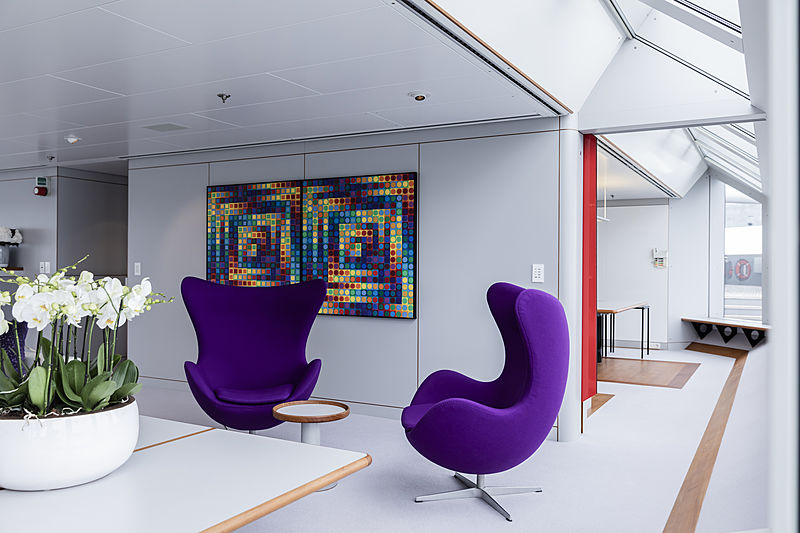 Photo: Guillaume PlissonYacht Skat, for sale, accommodates the majority of her 12 guests on the main deck with space for an additional two children in one of the convertible staterooms. The full-beam owner’s suite is forward with bathroom aft to starboard with shower, bathtub and his-and-hers vanity stations. In close reach are the main saloon, often used as a cinema, the dining room and the main deck aft with a staircase down to the swim platform and beach club. 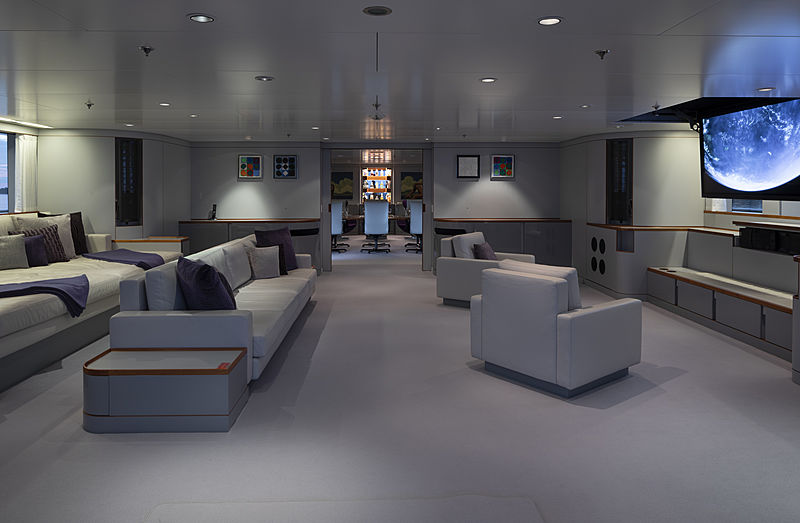 Photo: Guillaume PlissonAfter several refits, the most recent being in 2019, the 1,998 GT yacht for sale has remained future-proof. With a performance output as cutting edge as her design, Skat’s double-resilient engines, generators, compressors and watermakers are all mounted on steel that floats on 26 flexible mounts to minimize vibration. Lürssen installed exhaust systems to reduce exhaust noise as well as twin MTU 16V 4000 M70 (2,682 hp) main engines with Koopnautic Searocq 4080 stabilizers for top speeds of up to 18.1 knots.

The 70.7m Lürssen motor yacht Skat is currently not listed for sale. Visit our yachts for sale section to find similar superyachts on the market.