After 24 months of engineering and construction, the first 41-metre Dynamiq GTT 135 yacht Stefania is ready for launch at the company’s shipyard in Massa, Tuscany. 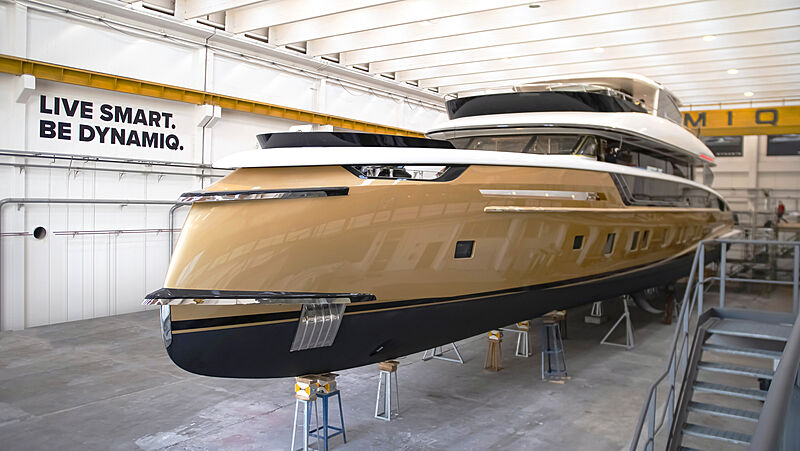 Photo: Dynamiq YachtsThe yacht has now started a programme of pre-launch tests and will touch the water for the first time in early January 2021. After sea trials she will voyage to her home port in Monaco and will be available for charter through Arcon Yachts, who were also the build managers during construction. 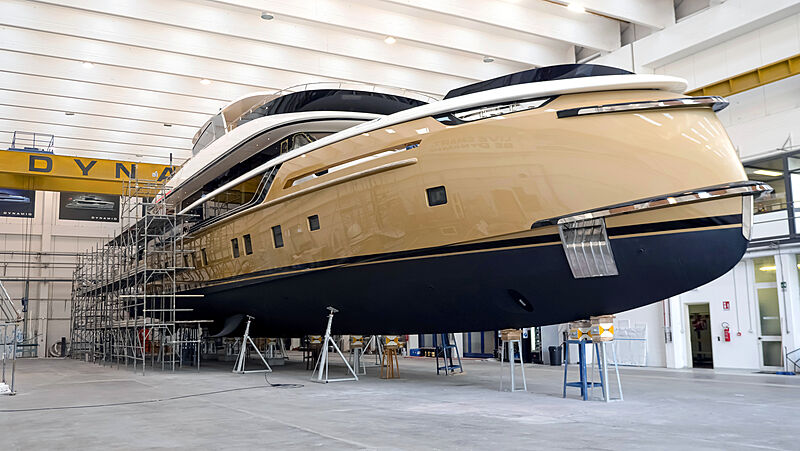 The exterior design is modern based on a signature colour palette of metallic gold and dark brown.  The yacht also has a shallow draft of 1.8 metres and an oversized sundeck of 120 square metres divided into two different zones, which include a Jacuzzi, two 1.95-metre TV screens and a bar.

The main deck aft pool has a capacity of 4,500 litres and sits together with the open-air beach club area featuring a second bar.

Inside, the vessel features 2.2-metre ceiling heights throughout the interior. Among other stand-out design features is the real fireplace in the main saloon. Dynamiq also joined forces with German car outfitter Klassen to develop the so-called “Wheelhouse by Klassen". 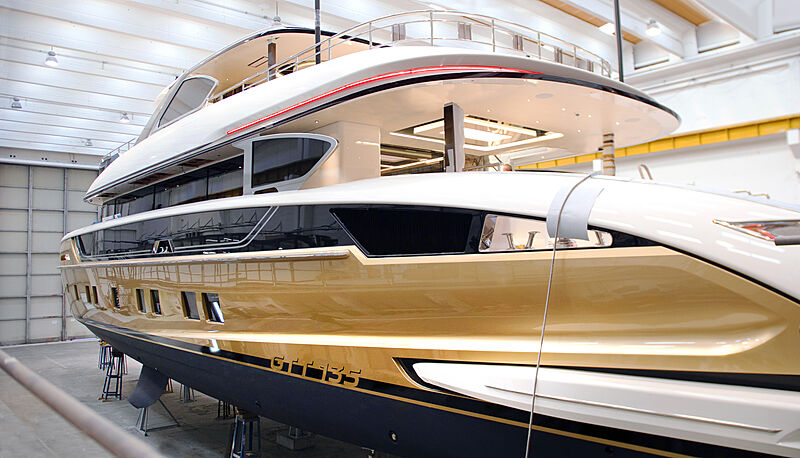 Interview: Sergei Dobroserdov on setting up the Dynamiq Shipyard