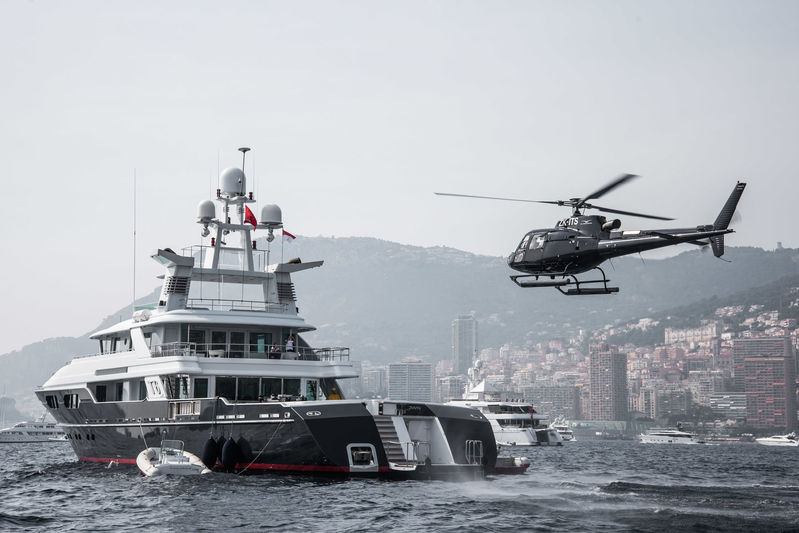 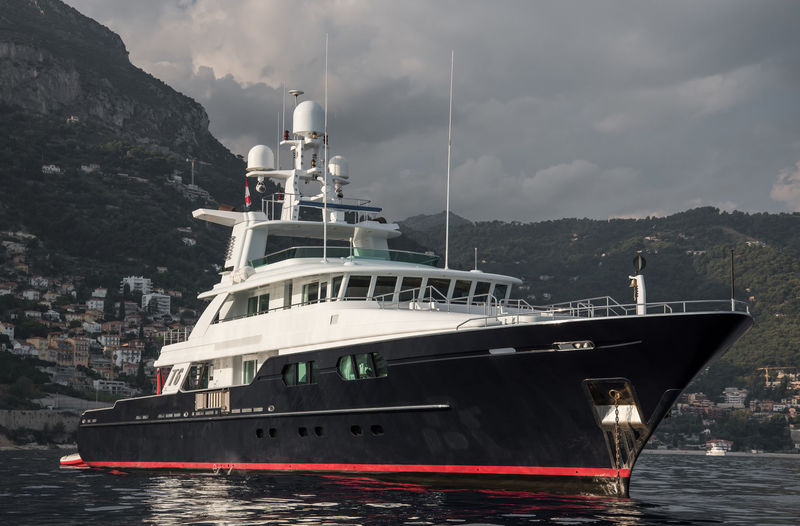 Photo: Tom van Oossanen / SuperYacht TimesLaunched in New Zealand in 2007 by the Auckland-based yard Flyghtship as Tytti, the 568 GT yacht sports naval architecture by the Dutch studio Pieter Beeldsnijder Design and exterior lines completed by the in-house team in collaboration with the Edammm-based studio. Her interior lines are from the drawing boards of the Australian studio Anthony Bedford Design. 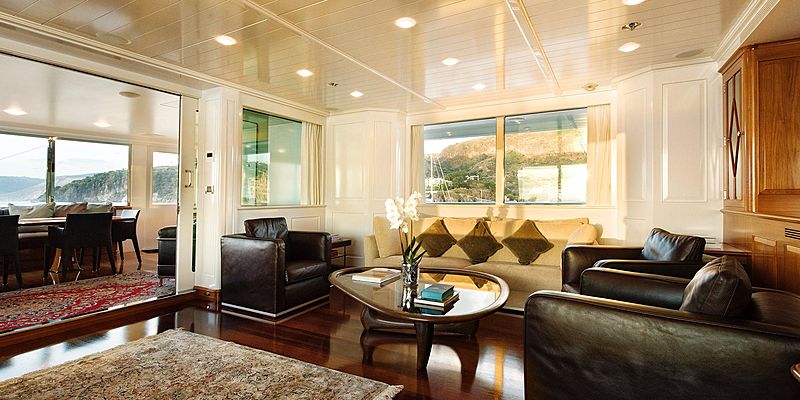 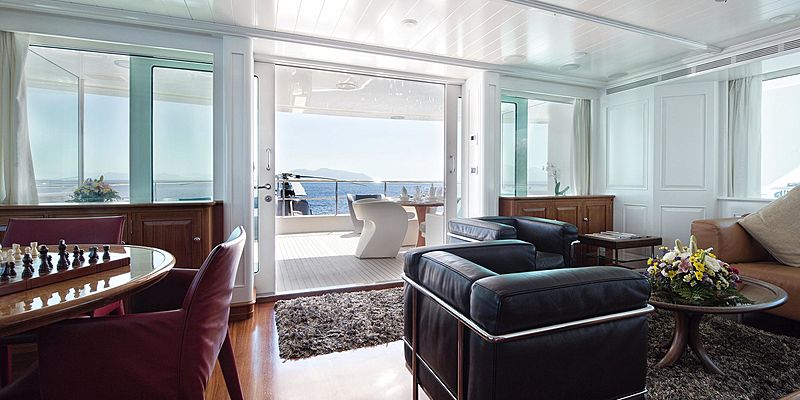 Photo: Ocean IndependenceA key feature onboard T6 is her large helicopter storage located beneath her expansive aft deck. The tri-deck yacht, built with a steel hull and aluminium superstructure, sleeps 10 guests in five staterooms comprised of a master cabin, two double cabins and two twin cabins. Six crew cabins are dedicated to her crew consisting of up to 12 members. 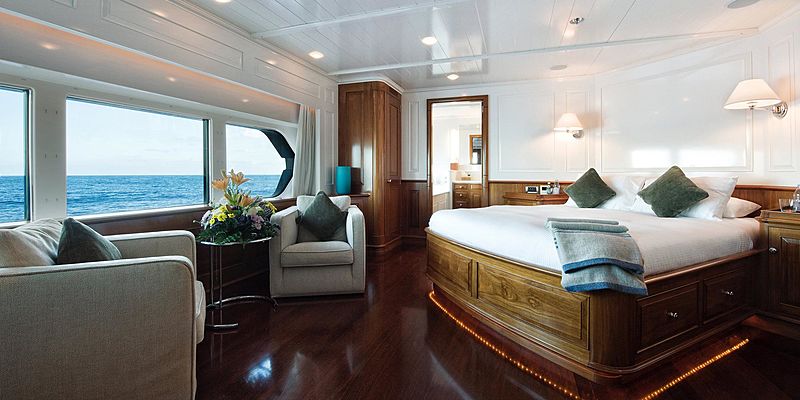 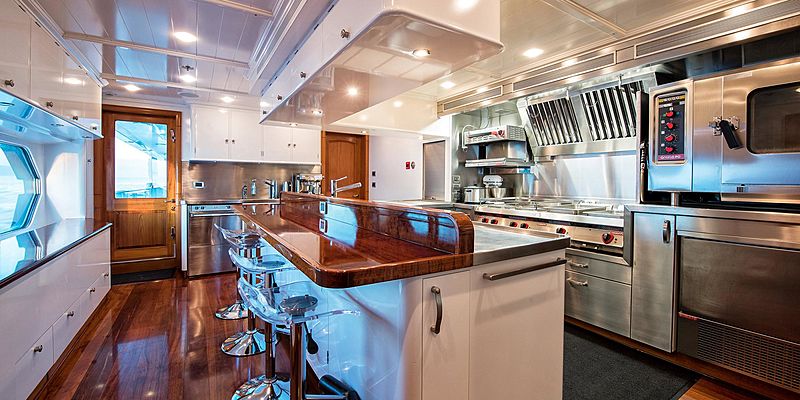 Photo: Ocean IndependencePowered by twin Wärtsilä 6L20 diesel engines with 1,096kW each, T6 can reach up to 15 knots and cruises at 13 knots. With a fuel capacity of 127,500 litres, cruising at an economical speed of 10 knots gives her a transatlantic range of 9,000 nautical miles. 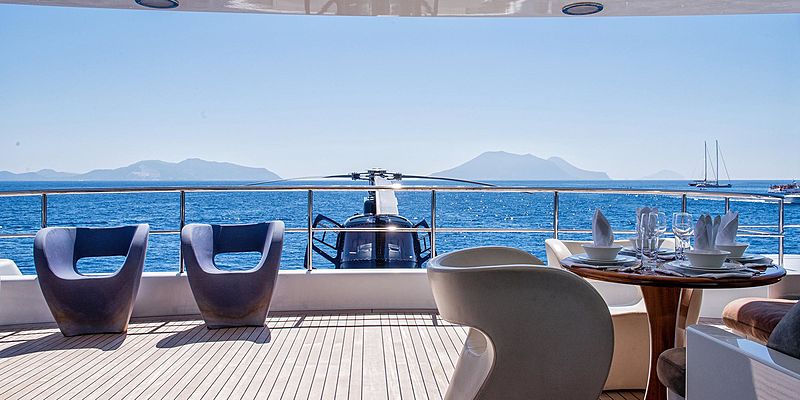 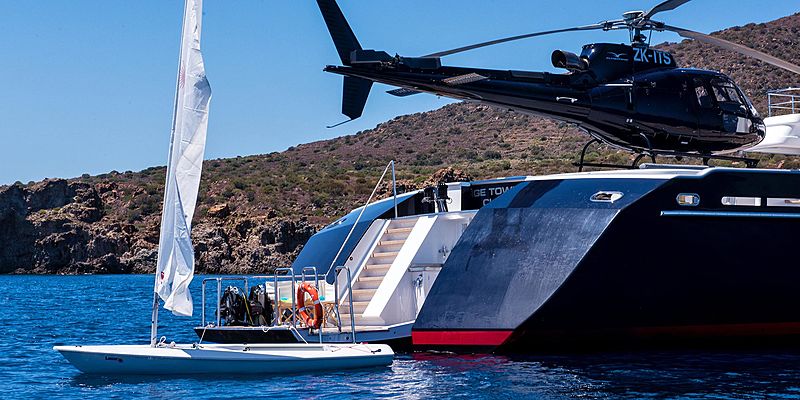 Photo: Ocean IndependenceAt the time T6 was still listed as a yacht for sale, she had a final asking price of €19,950,000.

In Photos: Day three at the Monaco Yacht Show 2017