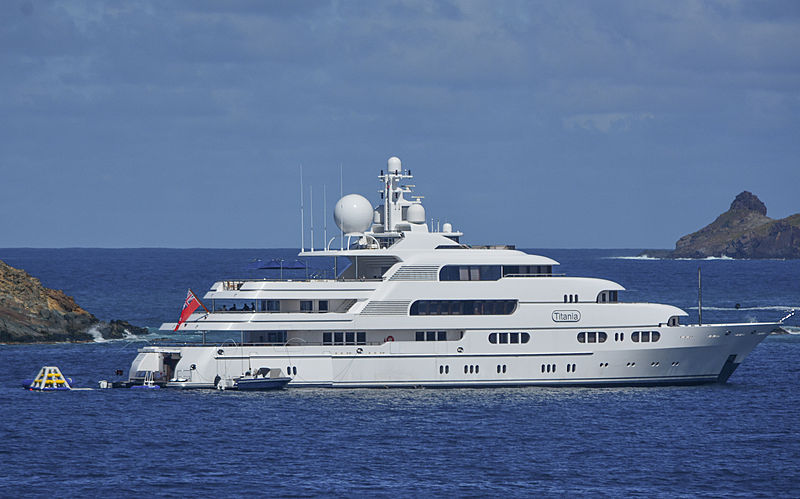 Photo: Nico CartallaKnown as Apoise when she was delivered to her owner in 2006, the 71-metre yacht Titania is a build by German shipyard Lürssen, who also developed the yacht’s naval architecture. The exterior design comes from the drawing boards of Norwegian designer Espen Øino and she features interiors by the Nice-based studio Zuretti Interior Design. Her interiors received a refit in 2018, and the yacht features large entertainment spaces and noteworthy amenities such as a large pool with swim-up bar on the upper deck, a climate-controlled gym, a beach club with a sauna and various toys including one of the largest superyacht slides ever built. The steel and aluminium yacht has a volume of 1,894 GT and is a popular charter yacht.