The second all-aluminium 43.3-metre Pershing 140 yacht, Touch Me, has been delivered. A collaboration between Fulvio De Simoni and Ferretti Group, she was constructed at the Ancona Superyacht yard. 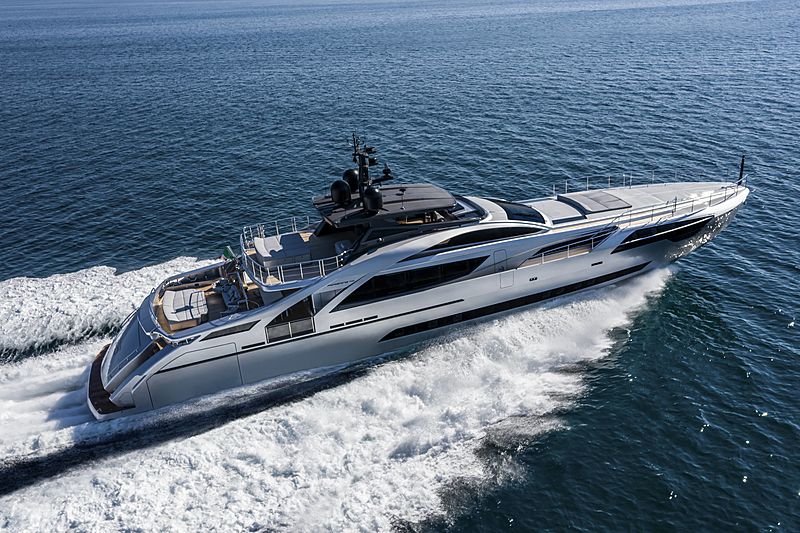 Photo: Ferretti GroupWith two decks as well as a roomy sundeck, sleek and sporty lines define the Pershing 140 series’ exteriors. Highlights include the two lateral wings integrated into the superstructure, a raised cockpit, the private area for the owner on the main deck and the beach area which can be extended by opening three fold-out sides.

The Pershing 140 units are fully customisable with the support of the designers. For instance, while the first unit, Chorusline, had an entertainment room (as per the owner’s request) Touch Me has a full-beam private master suite with double bed, big bathroom and walk-in wardrobe, entered via the owner’s studio and small lounge. Capable of hosting eight guests in her five guest cabins, Touch Me is run by a crew of seven.

As for performance, Touch Me is outfitted with quad MTU diesel engines, powering her to a top speed of 38 knots and a cruising speed of 35 knots. 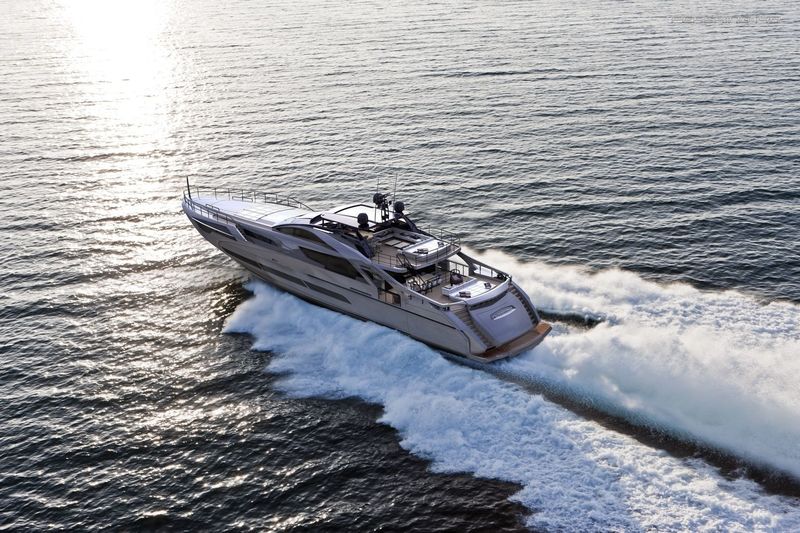 Touch Me will be on display at the Ferretti Group Private Preview, held at the Monaco Yacht Club from September 3 to 6 this year. A third Pershing 140 unit is expected to be launched next year.

Onboard: The first Pershing 140 yacht Chorusline