The 46-metre Sanlorenzo yacht Trident has been sold in an in-house deal thanks to Bart Kimman and Jean-Marie Recamier from Camper & Nicholsons representing the buyer and the seller. Previously under the management of Camper & Nicholsons, Trident will be relocated to the Asia Pacific to meet her new owners. 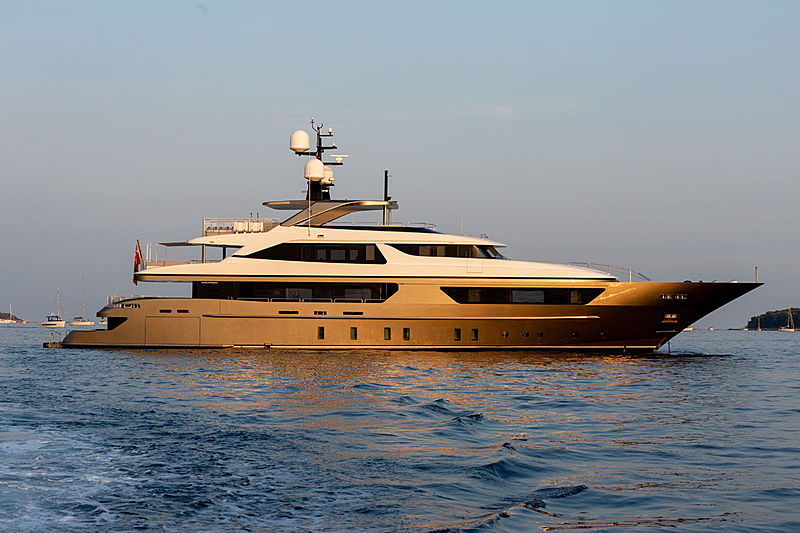 Photo: Camper & Nicholsons InternationalLaunched in 2014 at the Sanlorenzo facility in Italy, Trident marked the sixth hull completed in the shipyard’s 46 steel series. Featuring an exterior design by Francesco Paszkowski and Sanlorenzo naval architecture, her modern interiors were designed by Angus Addison from Addison Nelson Design.

Trident can accommodate up to 10 guests across five staterooms which comprise of a master cabin on the main deck and four lower deck guest cabins. Guests can make use of the onboard elevator to move from one deck to another in order to reach her beach club with a large bathing platform, sundeck swimming pool, spa facilities and outdoor cinema setup.

With transatlantic capabilities, Trident's twin Caterpillar Inc 3512B DITA diesel-fuelled engines allow her to comfortably cruise at 15 knots and reach a top speed of 16 knots.

Specific statistics courtesy of SuperYacht Times iQ
- Yachts built circa 2014 in Italy measuring around 46-metres sold at an average asking price of €18.25m or €36,610 per GT

The 46m Sanlorenzo Pick Up underway

Superyacht Trident at anchor in Capri