The 33.5-metre yacht Veyron has been sold after Northrop & Johnson represented the seller and Anton Foord of Ocean Independence represented the buyer. Now with her third owner, Veyron had a last asking price of €4,500,000 at the time of sale. 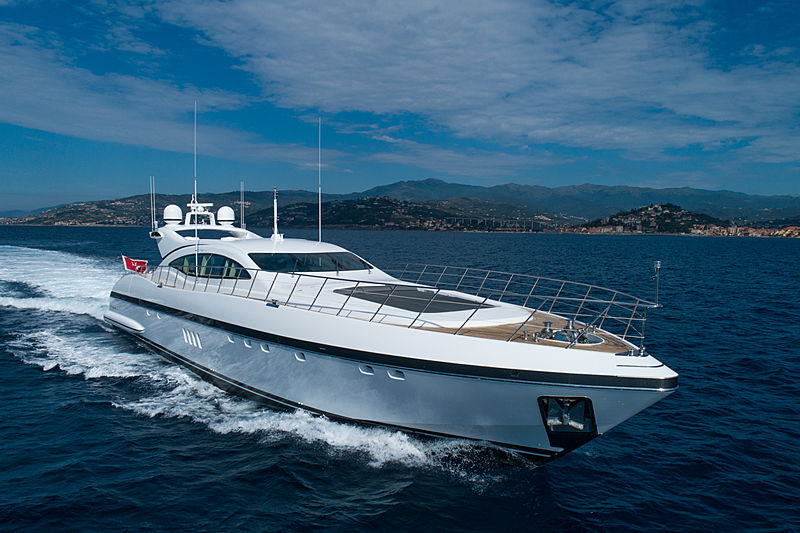 Overmarine launched the Mangusta 108 yacht in 2013 under the name Kimochiii. She features an exterior design by Stefano Righini Design and an interior layout that consists of a main saloon with a large seating area, entertainment centre and a retractable sunroof. The interiors are decorated with a neutral colour palette, Wenge wood flooring and light satin-finished joinery. 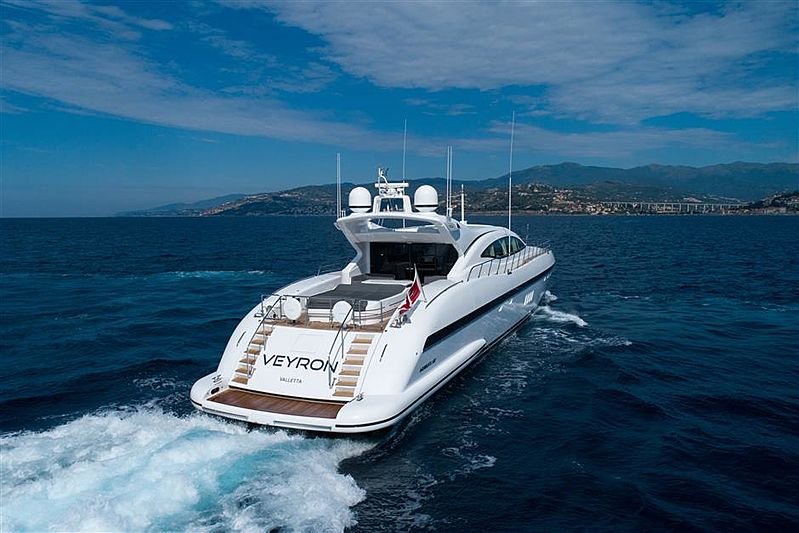 Up to nine guests can stay overnight in four staterooms including a king-bed master suite, queen VIP, a double-bed stateroom and a twin-bed stateroom with a Pullman. Each stateroom has its own entertainment centres, Samsung TVs and ensuite bathrooms.

Her outdoor spaces feature sunpads on the foredeck and aft deck with a folding Bimini awning nearby and a dining area. The aft sunpads can be removed to reveal the yacht's Jacuzzi.

Looked after by five crew, Veyron is the only Mangusta 108 built with Gyro Zero Speed stabilisers and is equipped with twin 2,600hp MTU diesel engines driving water jets which give her a top speed of 31 knots.