The 29.56-metre Horizon yacht Victorious is for sale. Victorious was built and designed by Horizon Yachts in 2009 and customised to her owner’s eclectic tastes. 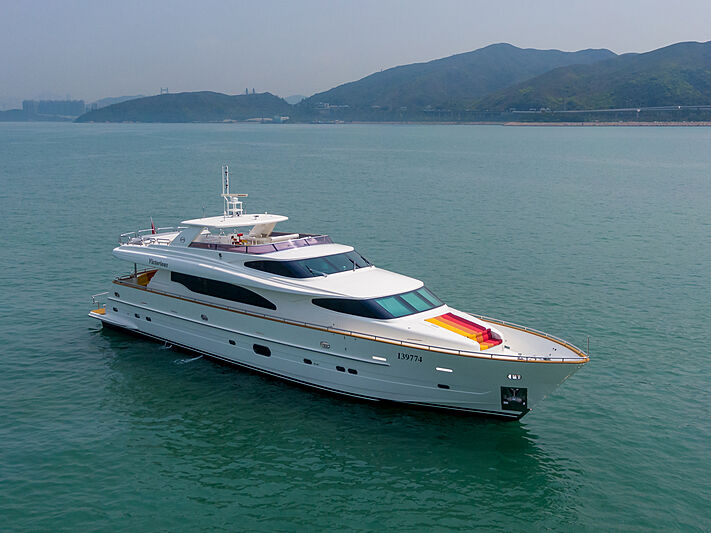 Though the yacht Victorious, for sale, was personalised to her owner’s preferences, she is based on, and highly reminiscent of, Horizon’s 97RP series, sporting an enclosed helm and exterior bridge deck. 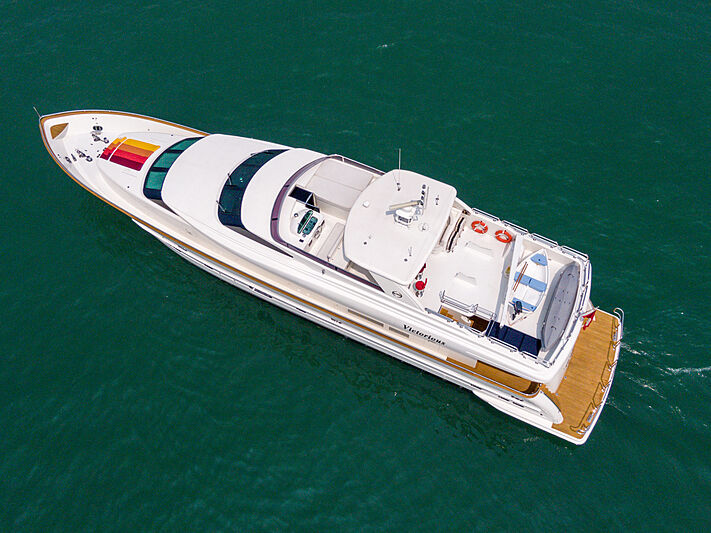 The interiors of the Horizon yacht for sale were envisaged by her owner, in close collaboration with their own designer, to create a modern and entertainment-focused space. Unique design points include the use of non-fixed furniture, which allows guests to maximise the yacht’s functionality and to customise her interior layout. Bespoke interior finishes, such as Italian marble and gold leaf, were used throughout. 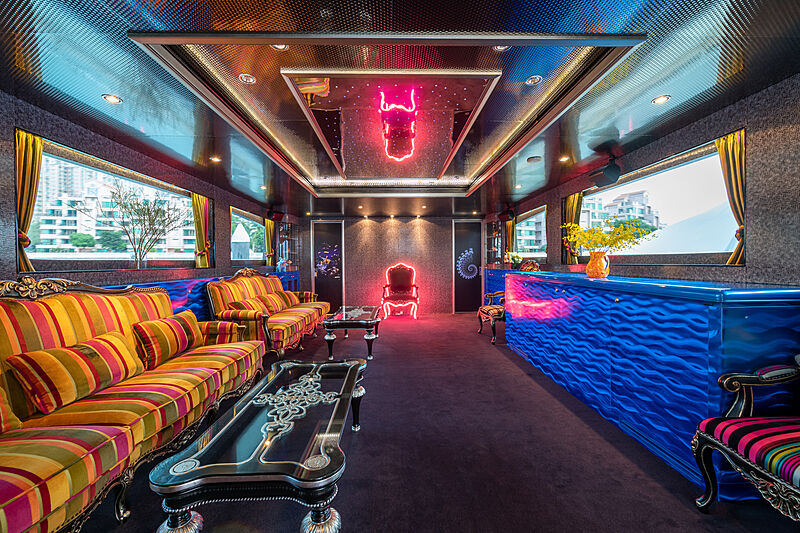 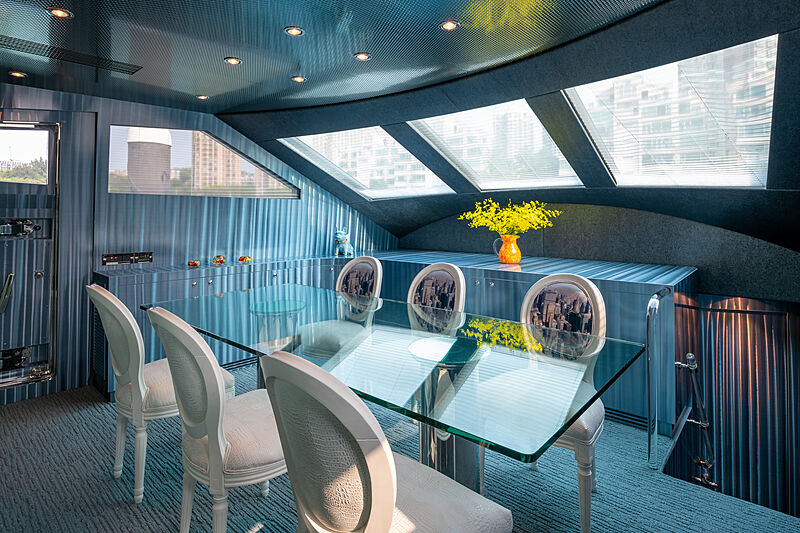 On board, Victorious can accommodate up to six guests across three staterooms, all situated on the lower deck and each finished in a unique theme. Her master cabin, fashioned to a Moulin Rouge aesthetic, is situated amidships and comes complete with his-and-hers en-suite bathrooms and a Jacuzzi style bathtub. The remaining guest cabins include a VIP cabin, featuring a queen-sized bed and en-suite bathroom and a guest room that can be converted into an informal living room. 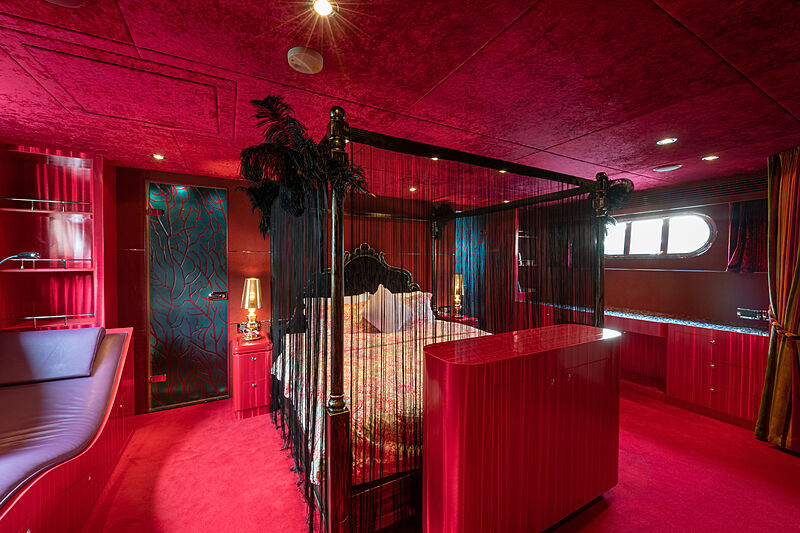 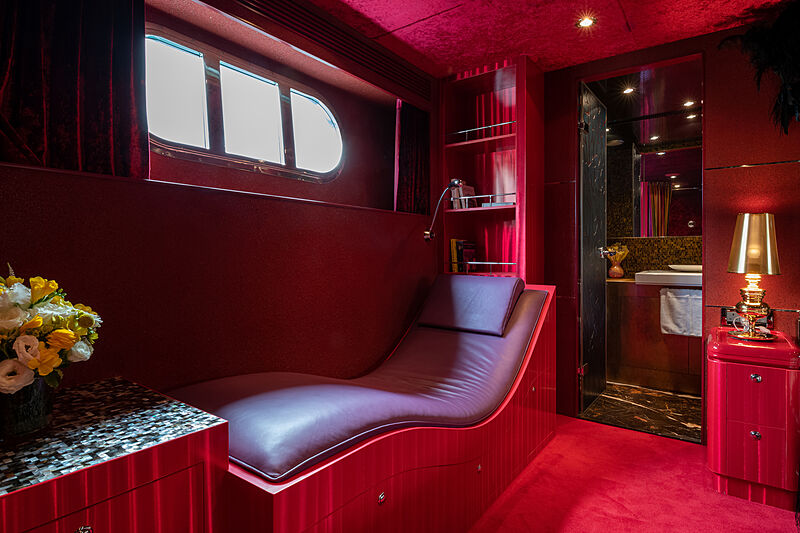 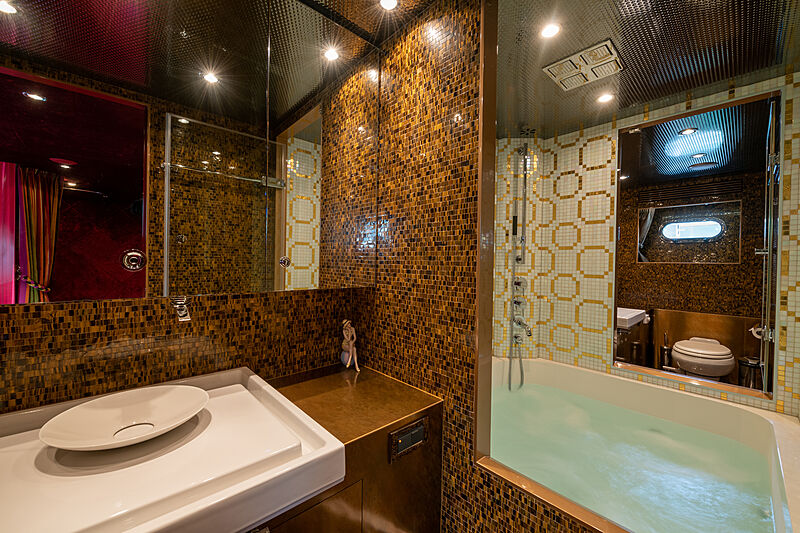 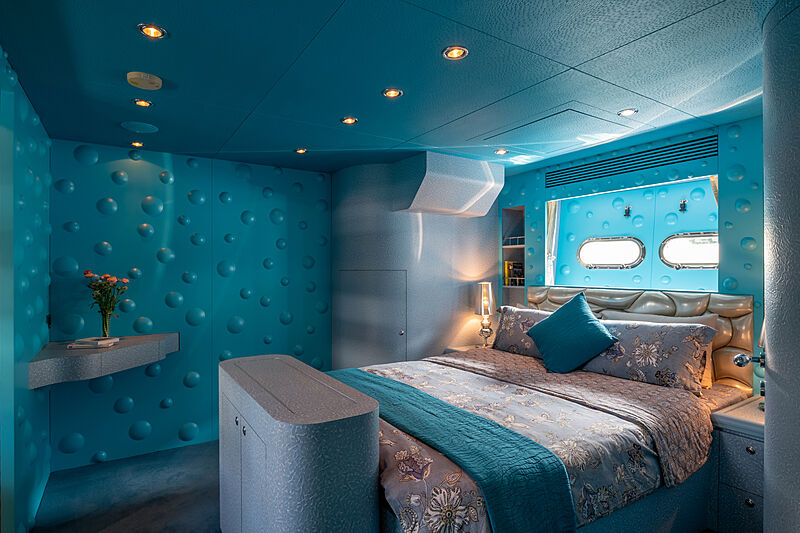 In addition to her unusual interior decor, the 160 GT yacht boasts plenty of deck space across three decks including multiple al fresco dining and lounge areas. On her fly bridge, Victorious is outfitted with a Jacuzzi, which can be converted into an additional seating area when covered. This is accompanied by a bar and seating area, to the aft of which an array of tenders and water toys are stored. 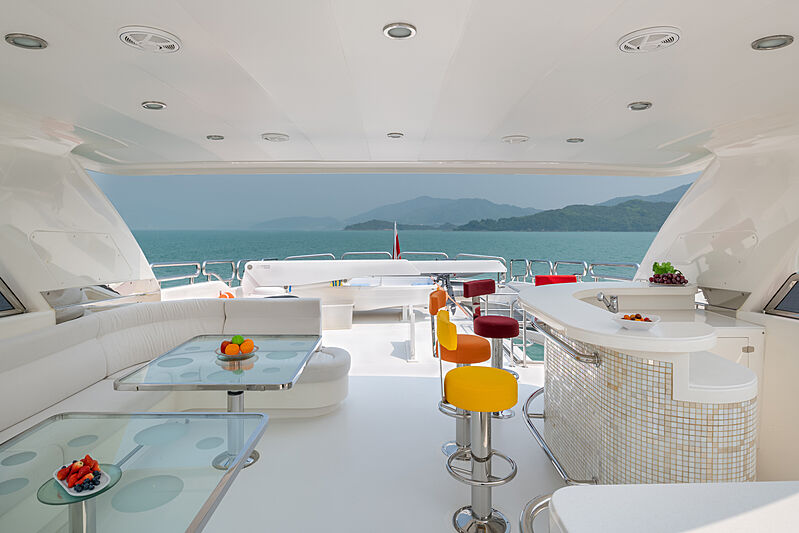 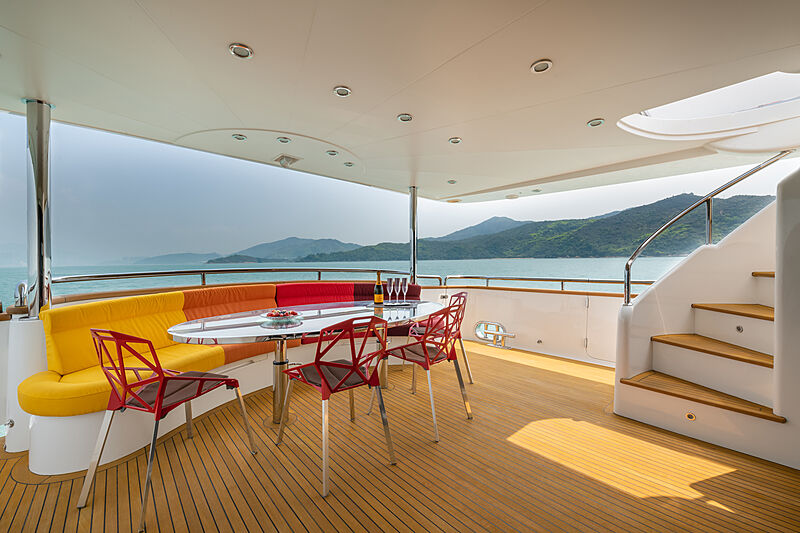 Performance-wise, the motor yacht Victorious, for sale, has a range of 1,200 nautical miles cruising at 10 knots and can reach a top speed of 22 knots. She is operated by a crew of six. 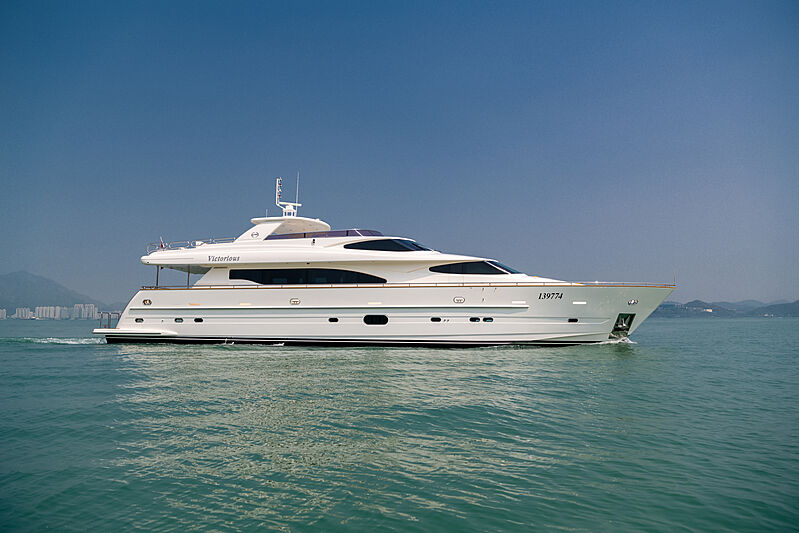