When I think of fashion, the faces of Giorgio Armani and Donatella Versace come to mind. With cars it’s Enzo Ferrari and Ferruccio Lamborghini. With music, Bob Dylan and Michael Jackson. When I think of yachting as an industry, a number of faces also come to mind with which I immediately connect our business. Peter Insull is one of these faces. Often seen at yachting events around the world and consistently appearing in news headlines, I have up until now known very little about the man and his business that has seemed to exist forever. A visit, therefore, to his Antibes office (a stone’s throw from where Dilbar and the Riviera regulars were tied up in a full-house IYCA marina) to learn more about the face behind the iconic name was in order. 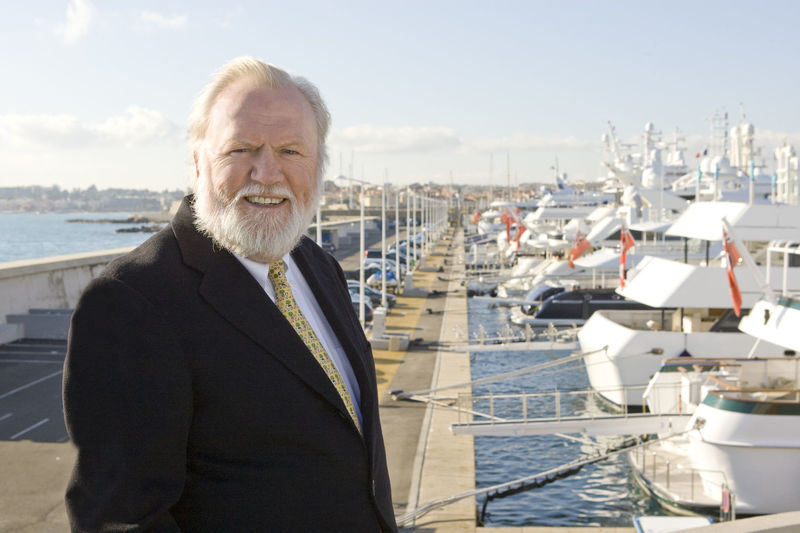 The summer season is drawing to a close when I arrive on the French Riviera with only a few days before the start of the boat show season. It’s another scorcher of a day in what has been a very hot summer across the Med in general. It is a welcome relief, then, to step inside the Peter Insull’s Yacht Marketing office to escape the heat and be welcomed by the bearded man himself. Scattered around the space as we walk through the office are a number of impressive yacht models all of which, according to Peter, he has had some association with. It's difficult to tell if the building is supported by brick walls or by a series of massive filing cabinets, as an impressive system of files and yachting book collections dominate the space. Peter proceeds to demonstrate how, in case of a power outage or inability to access a yacht’s digital file the team can, without much effort, locate and sift through any yacht’s past including operation correspondence and in-house details. A veritable font of knowledge in print. Also lining a wall is a collection of numbered black files labelled Project Vertigo as a reminder of Insull’s involvement in one of the largest Feadship projects to date, now cruising under the name Faith.

As a recent ex-crew member myself, the Insull name is as familiar to me as the terms bow and stern. But I want to know how it all started for Peter Insull and how he has experienced changes over the years in this dynamic business. Things turn to business and the recorder starts rolling…

Let’s start at the beginning. When and why did you decide to work on boats?

I come from a big family in the U.K., all of whom were fairly academic. I on the other hand just didn’t get along with school that much, so I left school when I was 15. My folks ran pubs back in England, so I spent much of my childhood growing up in pubs and being around people all the time and, although I didn’t realise it at the time, I became very comfortable talking to people. When I left school, however, I decided not to go into hospitality like my parents, but into retail. It was a photographic company where I worked. I was quite focused on my job and only a few years later I was doing quite well in the company. When I turned 18, I felt it wasn’t quite what I wanted to continue doing, despite doing very well. By living in Gosport, an important centre for Camper & Nicholsons’ yacht building operations at the time, I came to meet a gentleman, who turned out to be the captain on the sailing yacht Blue Leopard. It was this meeting that really got me interested in the field of yachting and everything I found out at that time was brand new information to me; how these yachts are run, the crew that work on them, the building process - all of it I found very fascinating.

Did that lead you to then working on yachts?

Yes, I started applying for jobs on these luxury yachts and finding positions in the classifieds or simply through one of the vessels in the area thanks to my location in Gosport. I eventually got a job on a new build project at Camper & Nicholson in Southampton. It was a 25-metre wooden motor yacht, and in its time, 1969, was an important project in the yachting world. We left England and came down to the Med where we were based in Beaulieu-sur-Mer, France. I worked on the yacht as steward/deckhand and spent the next five years cruising the entire Mediterranean with our British gentleman owner, who was 27 years old when he took possession of his bespoke yacht.

The yacht’s name was Hedonist, which beautifully described the owner’s lifestyle. His guests were mainly from the landed gentry set and were great people for me to look after. Spending many hours and days in direct contact with such special people also helped me to be relaxed and self-confident, which helped greatly in my future life dealing with potential yacht owners/clients.

How did you become land-based again?

Following five great years aboard Hedonist, the owner decided to sell his yacht without any thought of replacing her. The yacht sailed away to Greece, so ending that episode of my life, but leaving me with many sweet memories.

By that time, I had already met my wife who was working in Monaco. As a result of our extensive cruising during that period on the yacht, I got to know a lot of other crew and, when some of these people found out that I was ashore again in the south of France, I started receiving enquiries to help yachts with finding new crew. As a very informal friendship thing, I would go down to the local bars looking for new crew to fill certain positions. And after some time doing this I remember one captain asked me, ‘Why don’t you give me a bill for this?’. At that time, there were no crew agencies, as there really was no need for them. The quantities of yachts and crew were completely different to what we see today.

With the settling of the original crew agency into a formal business, we elected to move along to the global commercial centre of yachting, Antibes. One thing led along to another, even though a business plan never existed.

In 1983 the Van Lent shipyard asked me to find the best captain possible for an American gentleman and his wife who were taking delivery of a new 38-metre Feadship. After finding the right man, a great relationship developed and I represented this gentleman in developing and contracting a new Feadship. This contract went to De Vries in 1984 and the 55-metre yacht we contracted was de Vries’s largest yacht at that time. We took delivery of the new Cacique in 1986. By 1988 the world had changed and I was given the task of selling the Cacique. The successful sale turned the yacht into La Belle France. The next few years saw my company becoming established as one of the world’s leading yacht brokers, with many famous yachts helping to build our reputation. I have to say that I always found this title quite amusing, knowing my own history and never believing it was justified. 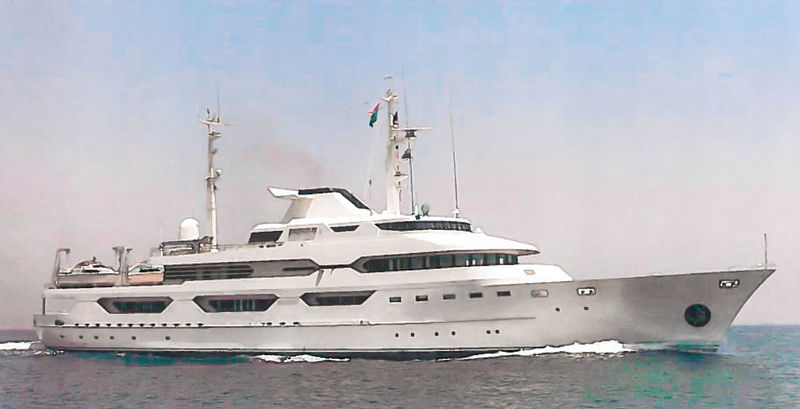 Do you regret not strictly following brokerage to build your brand as a bigger brokerage firm with multiple locations?

Some days yes, other days no. Realistically, I didn’t have any business acumen to put together the type of structure needed to be successful and financially stable. There was no real way to gauge exactly how the industry would evolve and how brokers would fit into the picture. In the main, I feel that the right decision was made, to remain small, independent and in control of our own destiny. When I look at the major brokerage houses today of Burgess, Camper & Nicholsons, Edmiston & Fraser's, I still feel comfortable.

What do you see the future of crew placement services looking like?

Because of how I turned everything I did upside down when I first started in terms of marketing, I was considered a disruptor in the late 70s and early 80s in the brokerage community.  In those days it was regarded as an innovation.  Today we have that same type of disruption in the crew-placement business. In those days this was considered as being innovative. Certain individuals appear to be very dynamic in the field and are really pushing things ahead in my view, some good and some bad developments.

You recently ceased the crew agency operations of the company, why is that?

We had our best year in 2009, and after that, with the financial crisis and rise of social media, it just slowly declined each year. It was really tough for me, emotionally, to ‘close’ the crew agency. However, there have just been too many disruptions in this sector for us to keep up. I still feel that the business model is very viable, and it remains an option to continue with it. If a dynamic individual presents themselves to me, then it is back. I would love to see my Crew Agency active in the sector and again leading from the front.

Looking back at your career so far, what have been some of your highlights?

There have been many exciting highlights, particularly in the yacht sales and new building part of our business. Far too many to list, but the building of the Feadships Cacique and Vertigo (now Faith) are the new build stars. Brokerage deals that stand out are: 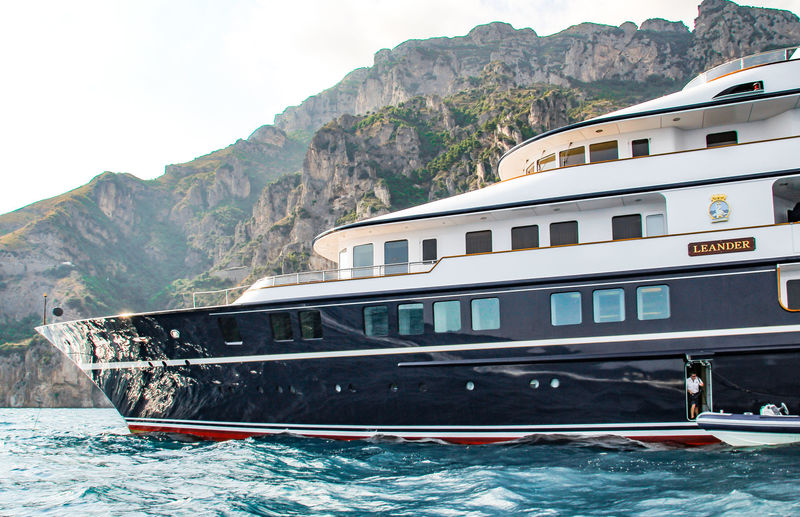 Happily, the list of special yachts that we have been involved with is long, too long for this short report.

I continue to be excited by new directions and this year alone saw the sale of a 13,000 GT cruise ship, delivery of the 2,999 GT Faith and equally good fun the purchase of a 30-metre Dutch-built luxury yacht/barge.

This article was featured in the latest edition of the SuperYacht Times newspaper. Susbcribe now to receive your copy straight to your door, and never miss another issue.