J Craft, the Swedish luxury powerboat manufacturer has enjoyed strong sales throughout 2010 despite the tough economic climate. The last quarter has proved to be particularly successful, with multiple sales of its Torpedo models on the run up to the festive break. 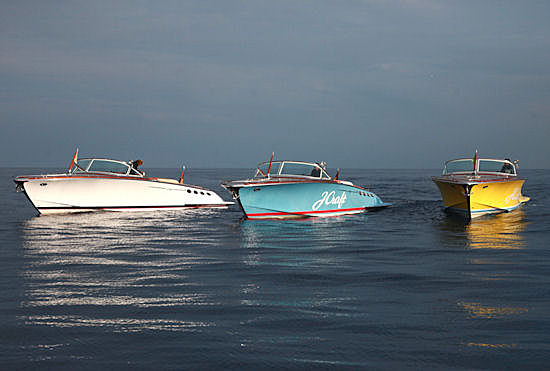 The Monaco Yacht Show marked the end of a successful summer season for J Craft as the team retailed a standard Torpedo model within the first 24-hours of the glamorous four-day event. However, the autumn weather has done little to dampen customer enthusiasm for the brand and since Monaco, J Craft has retailed a further three boats; 2 standard Torpedo’s and 1 Torpedo R.

A number of forward orders for 2011 boats have also been taken.

The J Craft Torpedo was officially launched at the 2009 Monaco Yacht Show and it was followed a year later by the Torpedo R, offering higher specification and increased power. Both models have proved popular, finding buyers in the Middle East and throughout the Mediterranean. In 2011, J Craft will enter the North American market and will exhibiting at the Miami Boat Show in February.

Speaking about the brands growing reputation, J Craft’s Johan Attvik said, “The Torpedo is an incredibly stylish and luxurious product that delivers on every promise. It is a perfect combination of effortless glamour and cutting edge technology and it is as robust and reliable as it is beautiful and cosseting. As we retail more boats, so we have more brand ambassadors and our reputation grows again.”

On the sales outlook for 2011, Attvik continues, “We are very excited about the potential of the US market and early signs suggest that the Torpedo will do well there. We are talking to a number of prominent partners and we’re looking forward to putting together an exciting calendar of events for new customers and friends of the brand in North America. Equally, we expect Europe to remain strong and the Middle East market to grow for us in the next 12 months. J Craft production for 2011 is scheduled to be 16 hulls, however we may need to try and ramp this up if demand continues to grow at the current rate.”