Home > News > In Pictures: The stories behind your favourite superyacht photographers' photos

There is no doubt that we are living in an exciting time in terms of superyacht photography. With so many high-quality and unique superyacht photos being released each week, the professional photographers in our business are making the most of the almost daily improvements in available technology and coming up with increasingly unique techniques to have their work stand out. But with such an abundance of high-quality material being thrown in our face, we could become desensitised about the effort and ingenuity that go into capturing these winning moments. 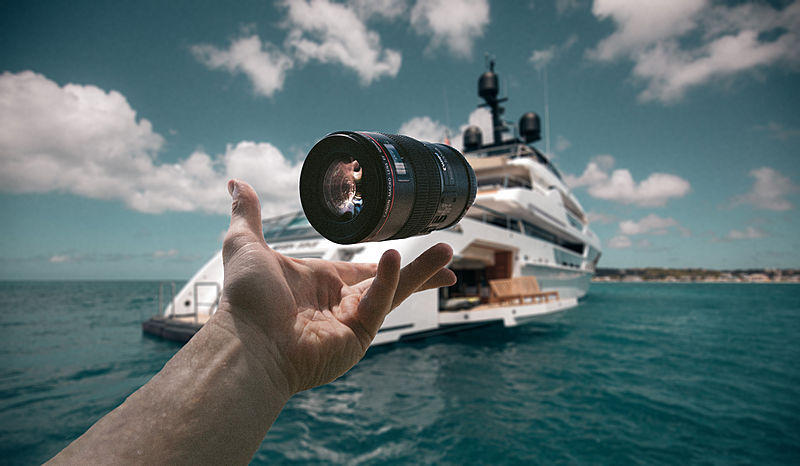 Determined not to let that happen, we approached some of the industry’s most well-known photographers to take us behind the scenes of one of their favourite photos and give an insight into what it takes to capture these iconic shots. We also feature our very own superyacht historian, Malcolm Wood, who shares one of his most memorable moments when superyacht photography was an unknown profession. From risky helicopter flights and patiently waiting for the perfect weather window to standing by hours before the rest of the world wakes up to get that perfect photo, its all in a day’s work for these professionals. 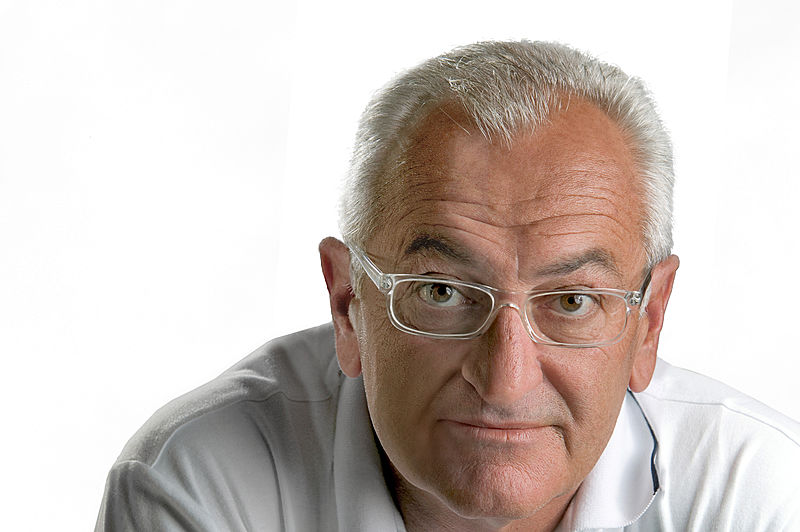 Photo: Carlo Borlenghi PhotographyI took this picture on board the Swan 80 Chessie in Miami after a very long and stressful day of shooting. I had this particular photo in mind from the moment first light broke in the morning, and it was a patient wait with the yacht’s crew to get just the correct light on the horizon that evening. 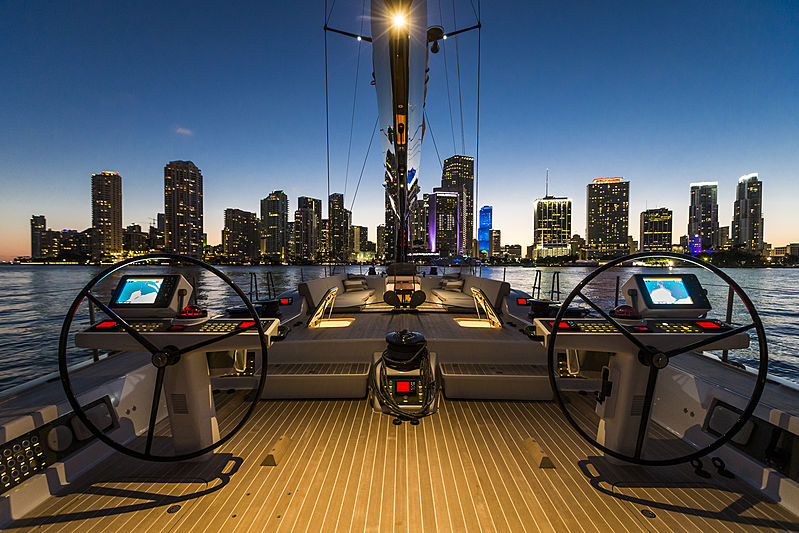 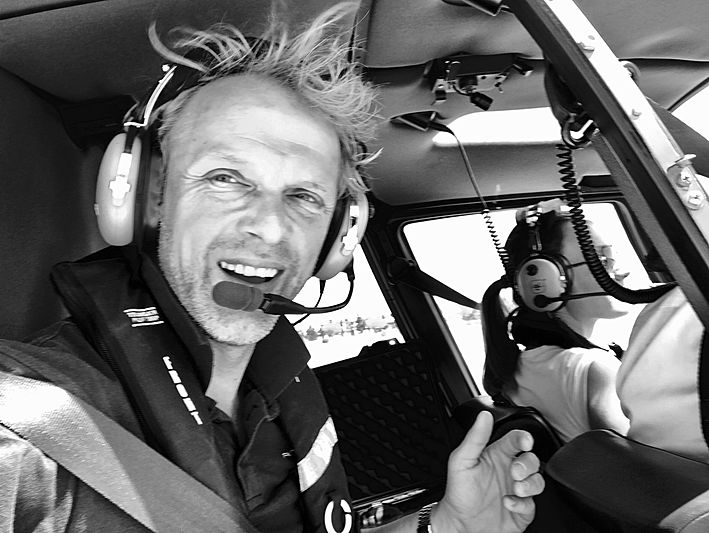 Photo: Dick HolthuisThis photo is the culmination of a three-year project where I was documenting the construction of the 141-metre Yas for her owner. In 2011 she was finally ready for launching and this image was taken at sunset showing the construction site, the city of Abu Dhabi and the yacht’s unique design. For me it was almost unreal, she looks like a toy in contrast with the surroundings. Just amazing!! 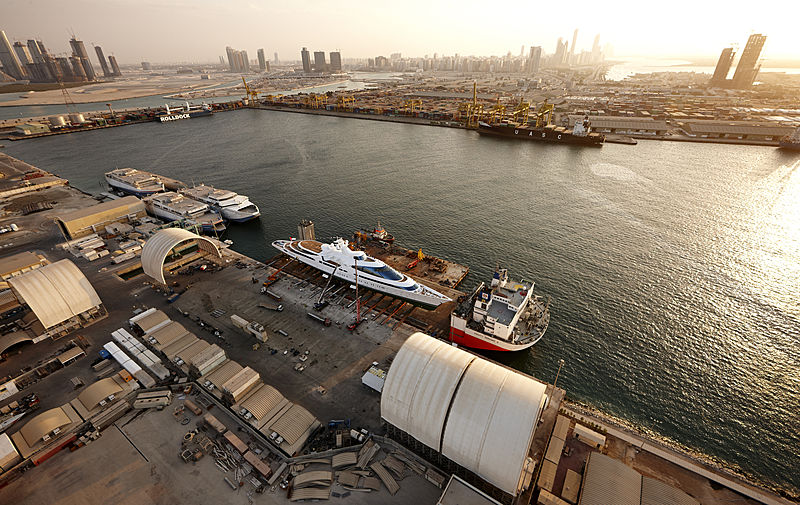 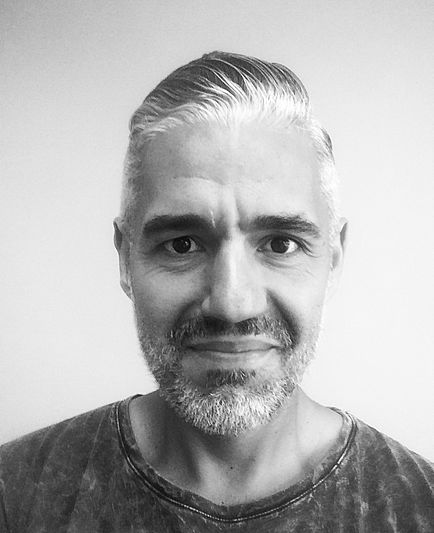 This remains my favourite image I’ve taken. This image, to me, greatly represented who I am as a photographer and particularly my personal style. I love the moment and emotion captured between the yacht and the elements of the equally-impressive construction building. Special thanks to Rene Koster from Oceanco who helped me to create this image. 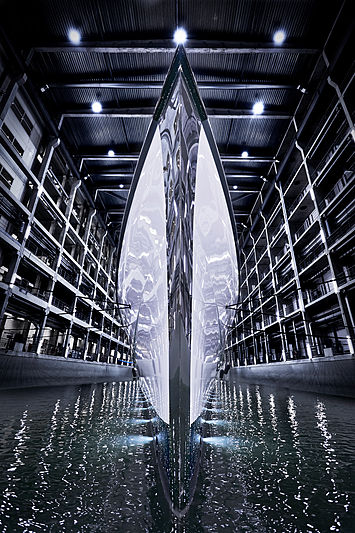 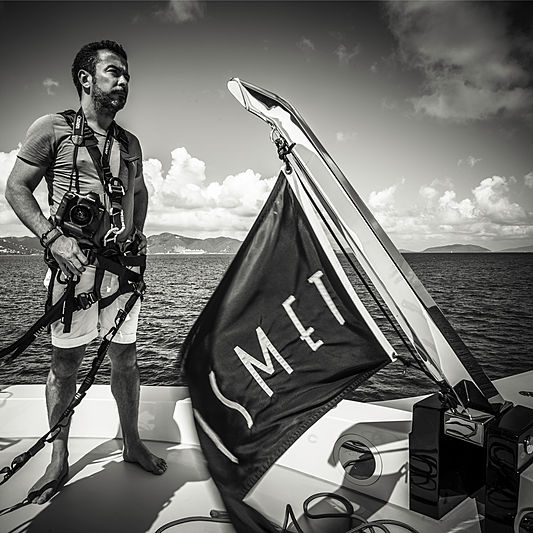 I have chosen this image because it is one of those moments that makes you feel exactly as you imaged you would when planning the photo. It involved an element of trust as it all depended on Espen getting himself in position on the bulbous bow and everything had to go very fast because we couldn’t let Espen on the bulb for too long as it was very slippery. We knew we were creating something special which was an amazing sensation. 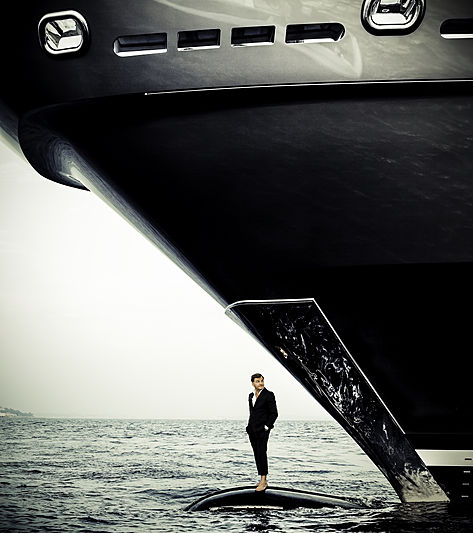 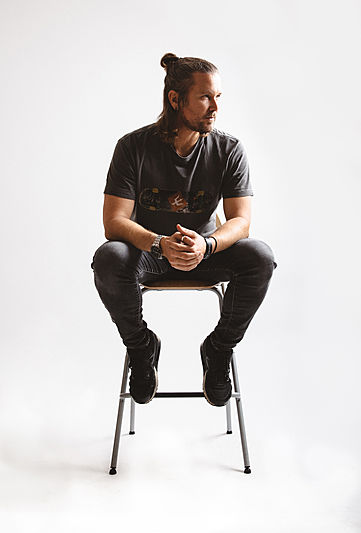 This moment in time is a lot about the adventure and pressure to get there for the shoot. This photo was taken north of the Fiji Islands, near a tiny island called Matagi. It cost nearly $10,000 to get the helicopter on location so the pressure was on to get it right the first time. It all came together in the end. 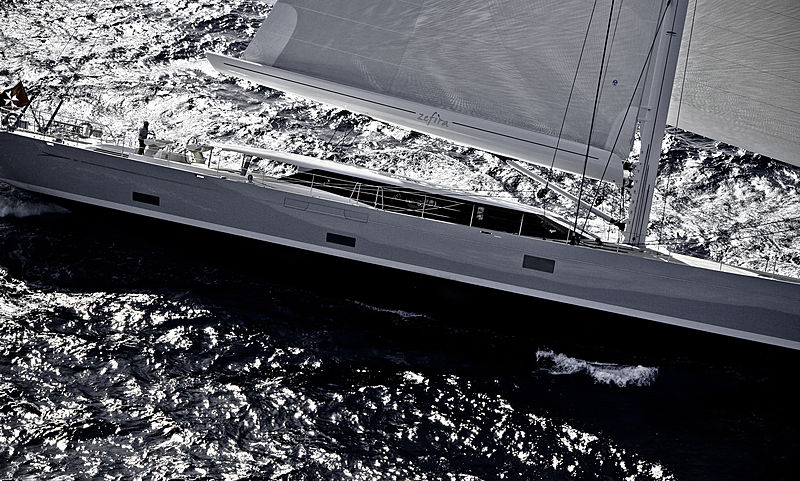 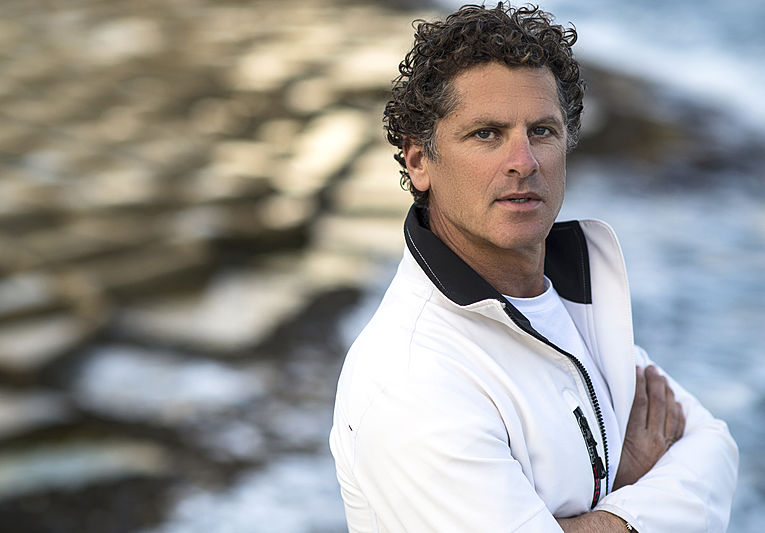 Photo: Kurt ArrigoThe idea behind this image was to position motor yacht Samar in a uniquely spectacular location. After many discussions with the captain, examining the width and depth of the entrance we arranged to position motor yacht Samar in what looked like a natural amphitheatre in Gozo, Malta. The next step was to get the helicopter on location on time and to pick me up for the shot, all the while not knowing if Samar will fit! The rest is history. 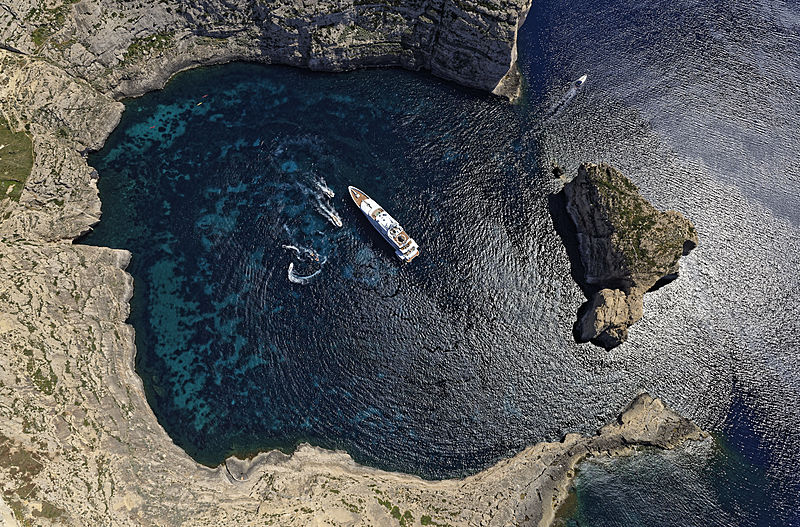 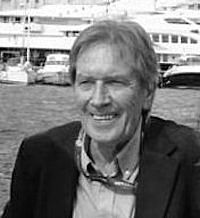 Now a well-known yacht today, Savarona was once the world’s largest yacht at 136m, had been saved from the breaker’s yard in the 1980s and was undergoing a complete rebuild in Istanbul. In July 1992 this classic beauty was due to make its debut on the Cote d’Azur and following a short wait, I snapped her entering the harbour at Antibes. 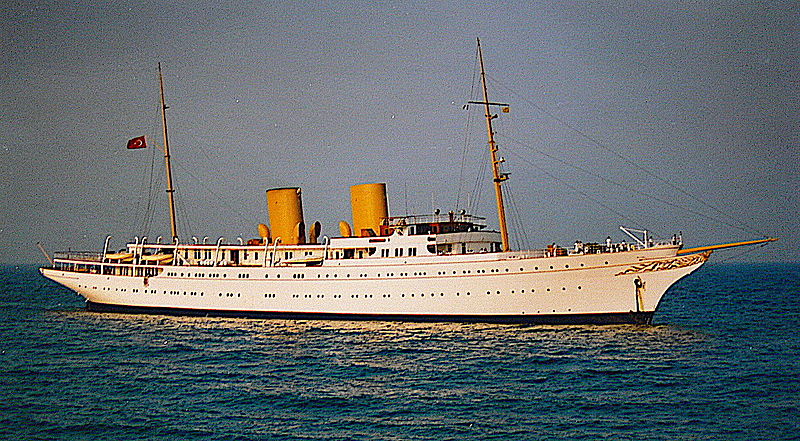 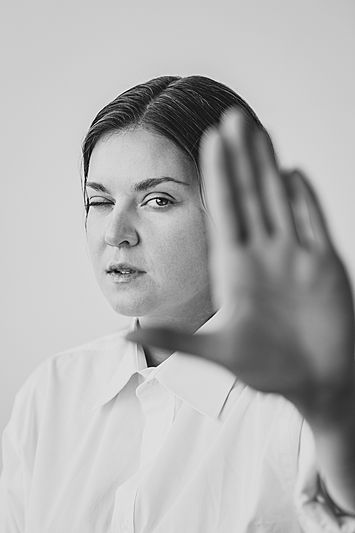 On one of Blueiprod’s first big yachts shoots ever, we had the challenge of capturing the entire 91.4-metre Moonlight II in a single day instead of four days as initially anticipated and we ended up working from sunrise to sunset to get it all in. During the final shot where we photographed one helicopter landing on the yacht from another helicopter, another guest helicopter arrived on the scene completely unplanned. Just as they departed we managed to get them in position for this shot, a cool reward for a very tough day of shooting. 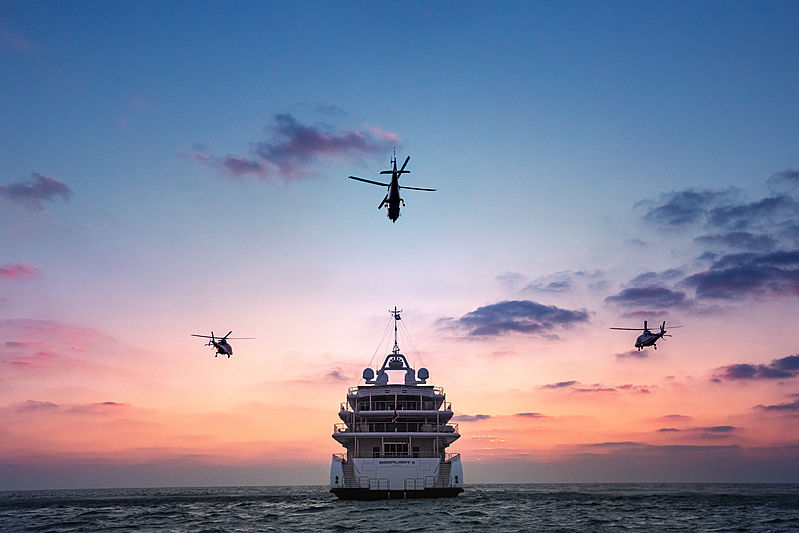 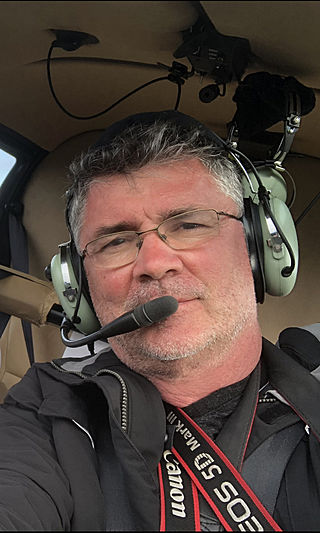 After completing the official shoot on Galaxy of Happiness and before she departed for Italy, I planned to get one last photo of the yacht at sunrise the next day. My wife and I left the port of Beaulieu on our own boat in complete darkness to get in position on time and at first light, she came into view. Just like her name suggests, she offered us an unforgettable moment of happiness. 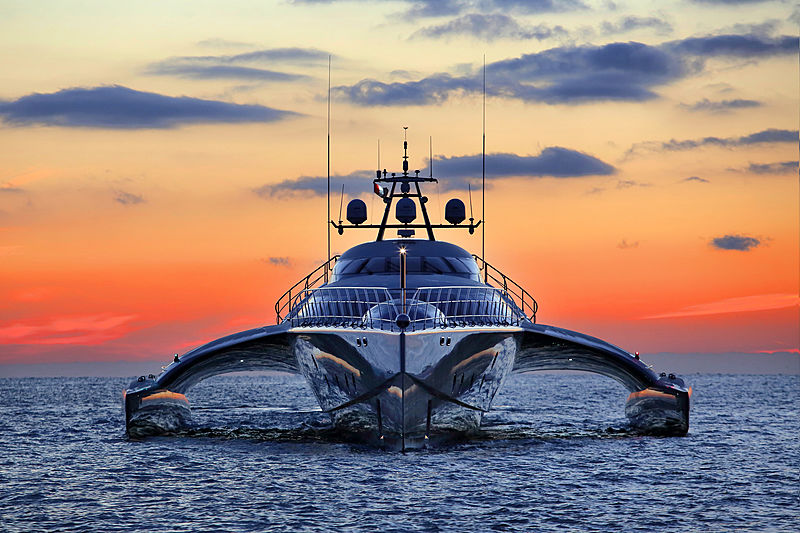 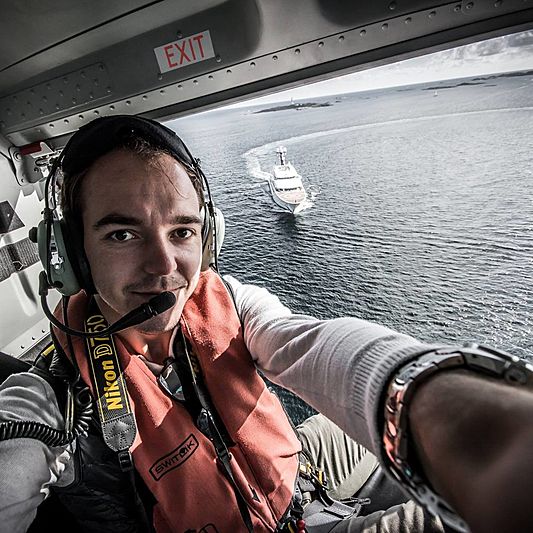 Ahead of Dilbar’s maiden voyage in May 2016, we had the idea of photographing her from the air before reaching the Mediterranean. After a long doors-off flight out over the dark North Sea in a light aeroplane we spotted her breaking through the waves in the distance and we knew we were about to create something unique for the SYT followers. I am very happy this top view photo worked out so well and it's still one of my favourite shots I’ve taken. 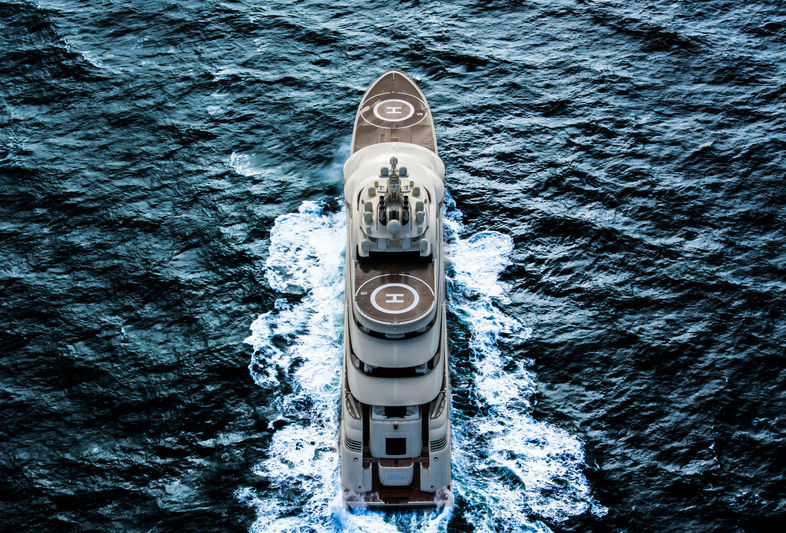 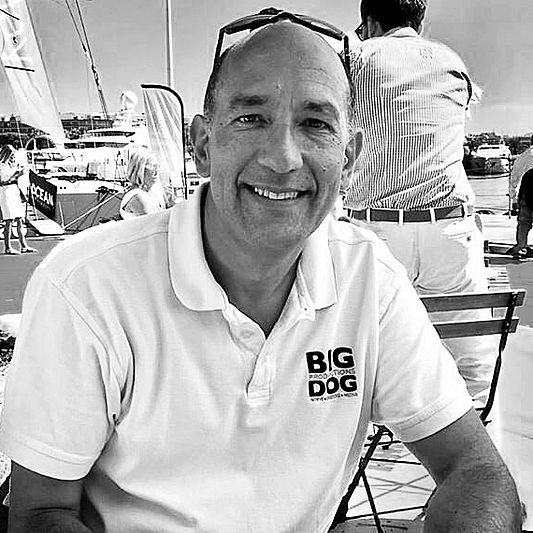 One of my most memorable photos was with motor yacht Step One in Costa Rica - a very cool yacht in a stunning location! The crew set up a barbecue on the beach, positioned the yacht and we waited for sunset before shooting - it was a great shot but we woke the next morning to see that the tide had come in and everything we left on the beach was happily bobbing in the bay! 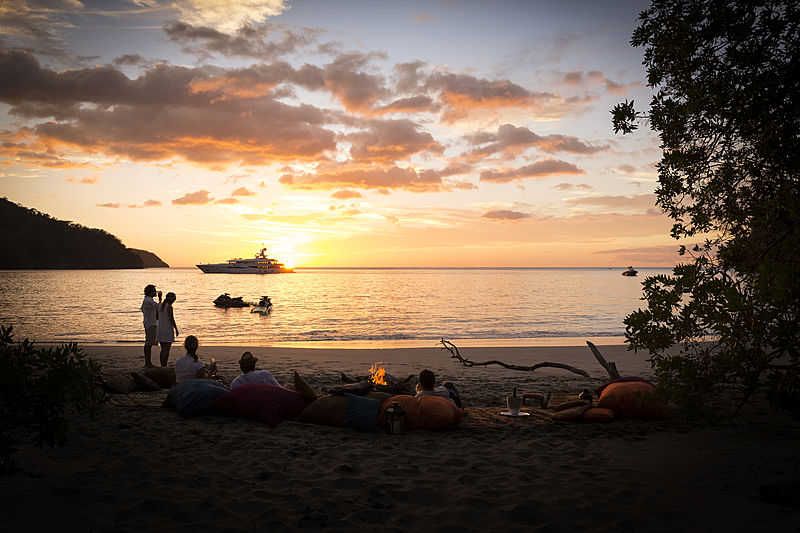 The trimaran superyacht Galaxy of Happiness in Beaulieu Sur Mer