Hot on the heels of his 82-metre Pentagramma project, the Italian designer has released exclusive details of another inspirational concept. Originally developed on the basis of an enquiry from a young, American client, Broadway again introduces a fresh design language and novel layout solutions, but this time applied to the needs of owners, guests and crew aboard an explorer yacht that may spend long periods of time at sea. 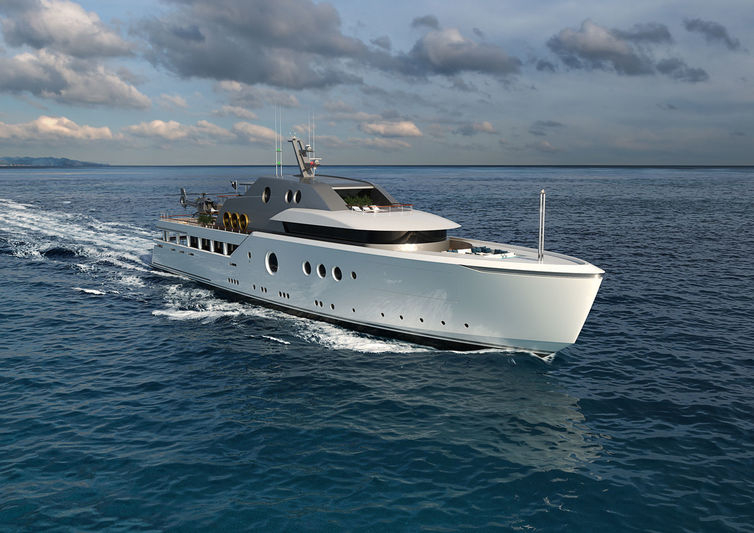 Photo: Luca VallebonaMost retro yacht designs are derivative; they imitate styling motifs but add little that is genuinely new or exciting. Instead, Vallebona has taken cues from the past to develop a distinctively Bannenberg-esque concept that is also highly original and contemporary. 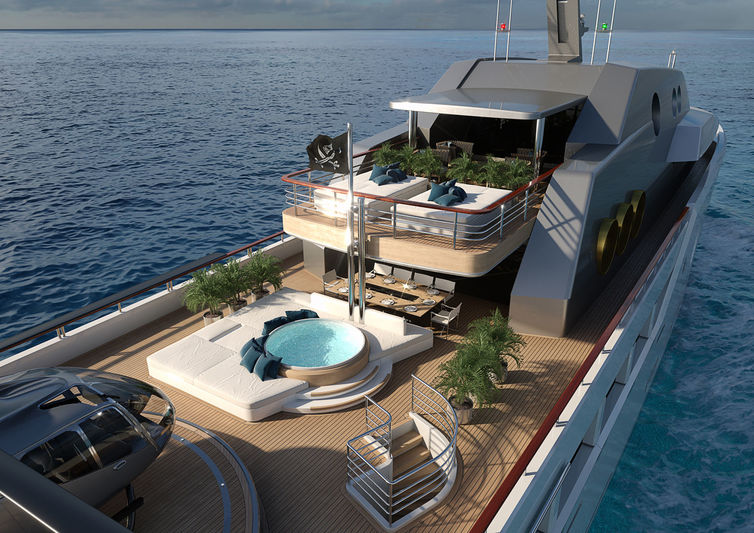 “Jon Bannenberg was a maestro,” says Vallebona. “His projects were always imaginative, never banal, but I feel his influence has been forgotten of late. Broadway is not a tribute to Jon, but it is a consequence of the creative thinking he brought to yacht design.”

Although Broadway’s profile may recall that of Carinthia VI and the round portholes owe something to Thunder, Vallebona has added his own design sensibility to the mix. The portholes, for example, are carefully scaled in size and some have a chamfered edges, while the three large portholes on the owner’s deck are rimmed in traditional bronze to add a dash of colour to the metallic grey section of the superstructure. The modern hull lines and horizontal elements of the design, on the other hand, are crisply contemporary. 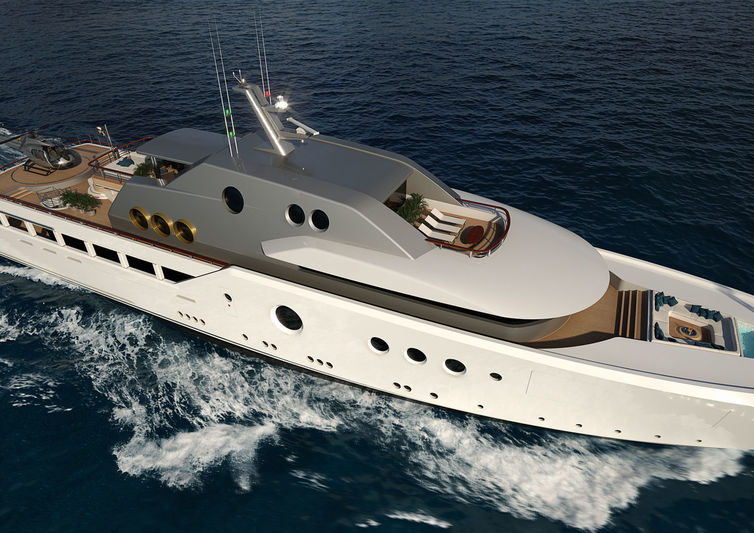 Unusually, the sundeck is largely enclosed with a covered observation lounge and smaller open decks fore and aft. This is in line with the yacht’s explorer vocation and provides protection from the elements when cruising higher latitudes (the same is true of the transom beach club).

As with Pentagramma, Vallebona has introduced novel variations in terms of layout. The two VIP suites and two guest cabins on the lower deck are a standard solution, but amidships there is a multifunctional space with fold-down platforms on both sides that can be used for various purposes, from a spa and larger gym (by relocating the existing glass-fronted gym overlooking the beach club) or housing more water toys in addition to the mini-sub in a garage on the portside aft, to a loggia-style chill-out zone with access to the sea. A cylindrical glass guest lift serves all deck levels from the lower deck to the sundeck. 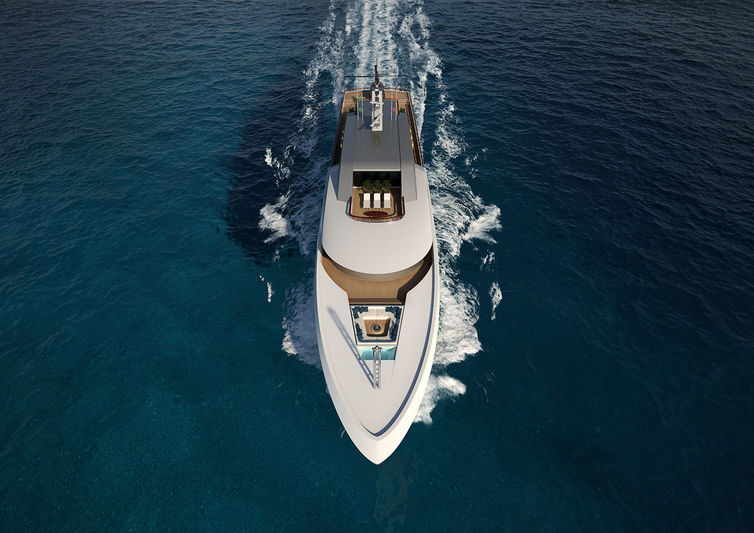 Photo: Luca VallebonaInstead of a conventional open-space salon/dining area, the main deck features a huge salon with fold-down bulwarks (the designer proposes trampoline netting instead of hard covers for the voids), and a combined bar and dining room amidships. Vallebona was keen to introduce a more relaxed approach to separating the crew and guest thoroughfares, so the bar, which is between the galley and pantry area, can be closed off with folding panels or left open for more crew/guest interaction. There is also a spacious crew mess, lounge and workshop with direct access forward to the under-deck tender bay and windlass gear.

The upper deck comprises the wheelhouse along with radio room and captain’s cabin, the owner’s suite, and the sky lounge. Given that the sundeck is largely enclosed, the open aft deck becomes the main sunbathing area with a large hot tub and asymmetrical lounging cushions.  On the foredeck there is a smaller tub and a cosily protected fire pit. The owner’s suite also has a private staircase to the observation lounge above, which can become part of a duplex apartment. 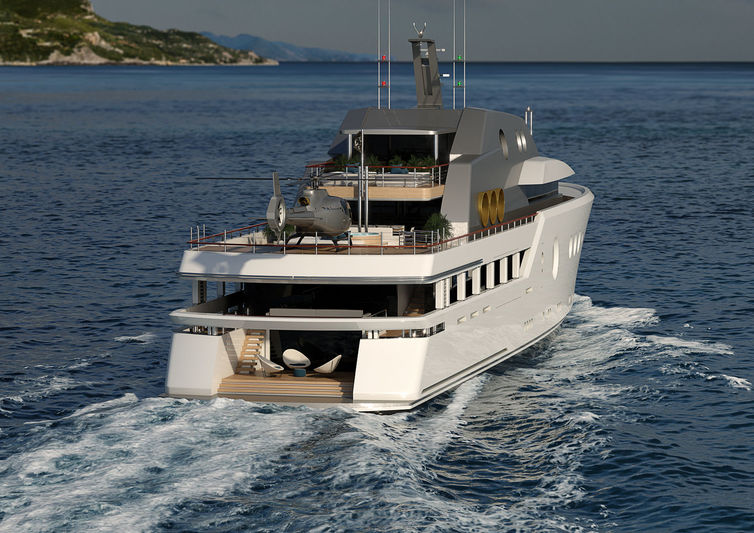 Photo: Luca VallebonaAny explorer yacht requires plenty of storage for long-range cruising and Broadway has generous cold and dry stores on the under-lower deck (with a service lift to the galley), along with a full-size laundry, refrigerated garbage room and even a crew gym.

“Broadway owes much to the heritage of yacht design,” says Vallebona. “But the fun part was revisiting solutions from the past by applying them to a contemporary aesthetic and general arrangement, without losing sight of the lifestyle needs of modern owners and the practical requirements of an explorer yacht.”