Since the rebirth of the Mondomarine name in November last year following the acquisition of the brand and its Savona facility by the Palumbo Group, the famed Italian yachting brand has been hard at work on a new line of superyacht concepts and designs. The first to be unveiled this week is a new 57-metre modern expedition-style motor yacht which forms part of a larger range named Discovery. 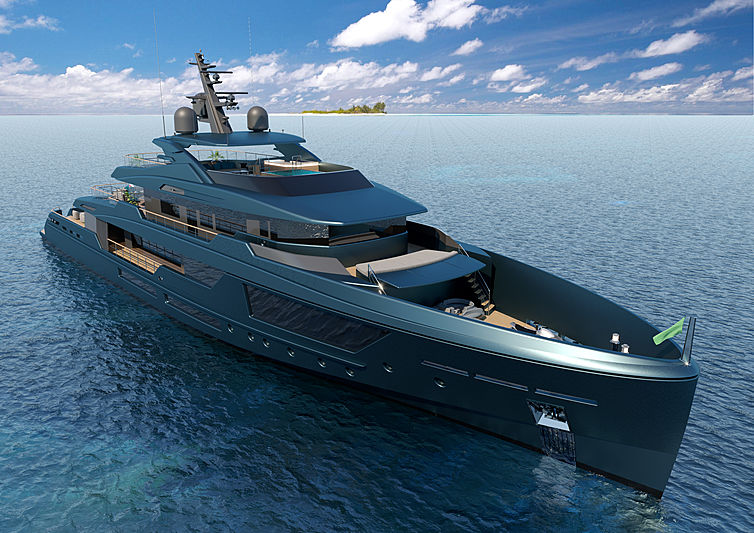 For the Discovery 57, Mondomarine worked with Italian designer Luca Dini who created a yacht with a contemporary flair and masculine features to fit the Discovery name tag. Designed with comfortable onboard living in mind for outdoor enthusiasts, the Discovery 57 offers vast exterior deck spaces including an enormous main aft deck that features a flush swimming pool for a freshwater dip after a day in the sea. A second forward-facing jacuzzi is found on the sundeck for a more private experience. 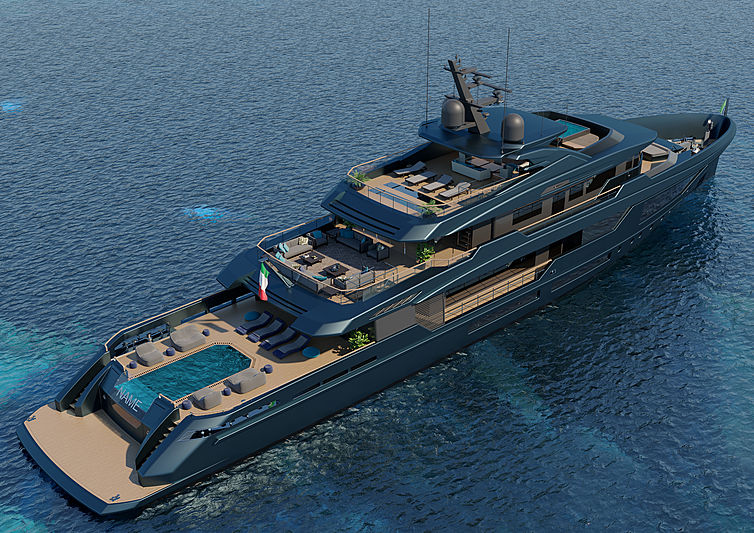 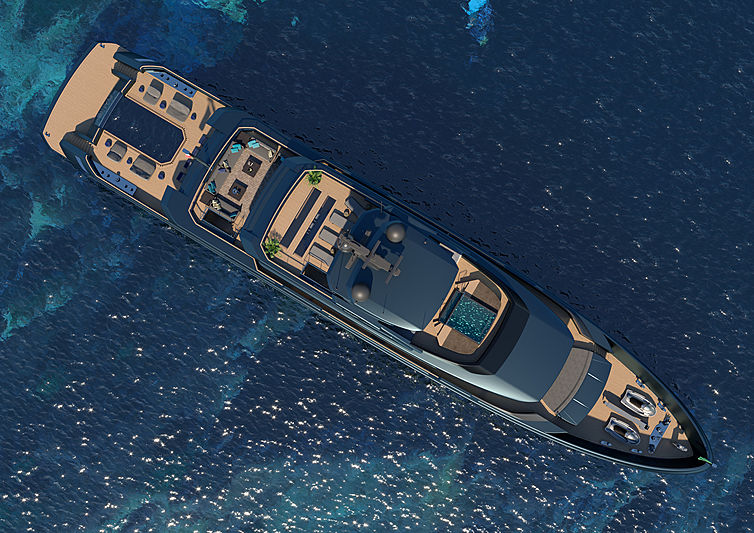 The concept’s unique hull colour has been selected to blend in perfectly with the surrounding ocean. 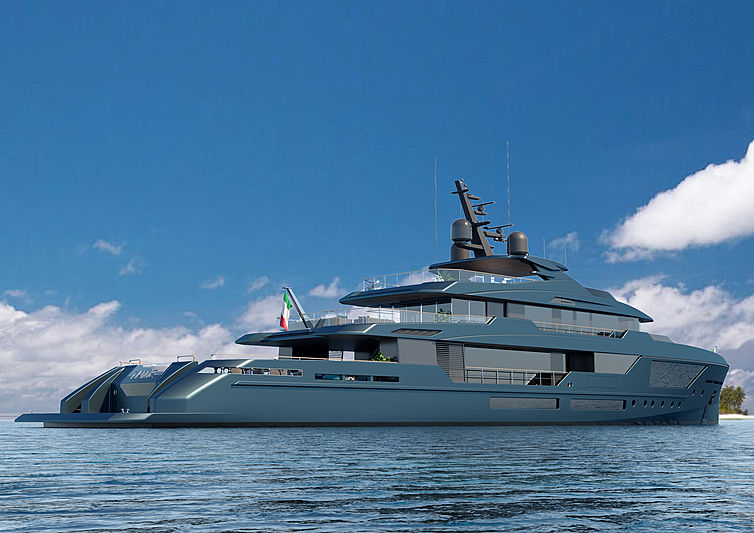 Inide, the Discovery 57 is designed with two different main deck layouts with either a full beam master suite or an additional VIP stateroom on the starboard side of this deck. Either layout comes with four guest cabins on the lower deck and six crew cabins up forward. 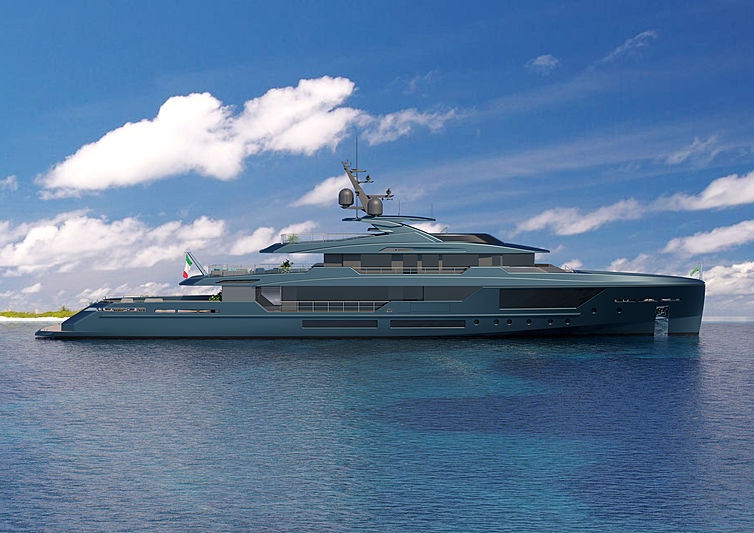 Mondomarine announced that in addition to the Discovery 57, the all-aluminium line consists of three other models including 43-metre, 50-metre and a 75-metre version.