In the Marvel movies we’re accustomed to seeing exoskeletons that bestow heroes with super strength and speed or even powered flight, but in real life they are increasingly used to protect industrial workers against injury and fatigue. Heesen is now trialing the technology at its shipyard in Oss. 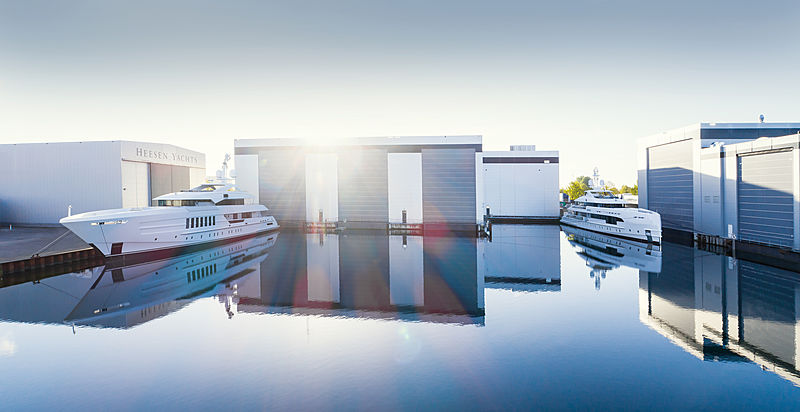 “Many operations necessary in yacht building are difficult or impossible to automate and lots of tasks, from welding and grinding to sanding and painting, require working with your hands above your head for long periods,” says Pieter van Beurden, production general manager at Heesen. “This can lead to repetitive stress injuries that may not appear for years, so we’re testing exoskeletons to safeguard our workers’ health and improve production efficiency at the same time.”

The exoskeleton concept dates back to the Sixties, but it is only fairly recently that technology has caught up with fantasy. After first being used in the medical and military sectors, exoskeletons were quickly adopted by the aeronautical and automotive industries. Unlike autonomous robots, industrial exoskeletons work with (rather than instead of) the user to amplify, reinforce or restore human performance. They can be powered or passive, rigid or soft. Fully mechanical passive suits have no motors and are intended to improve ergonomics and efficiently distribute loads for the wearer. 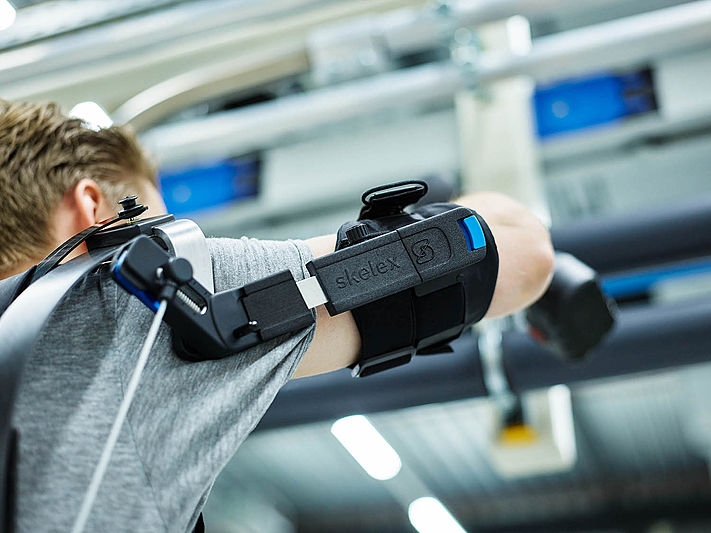 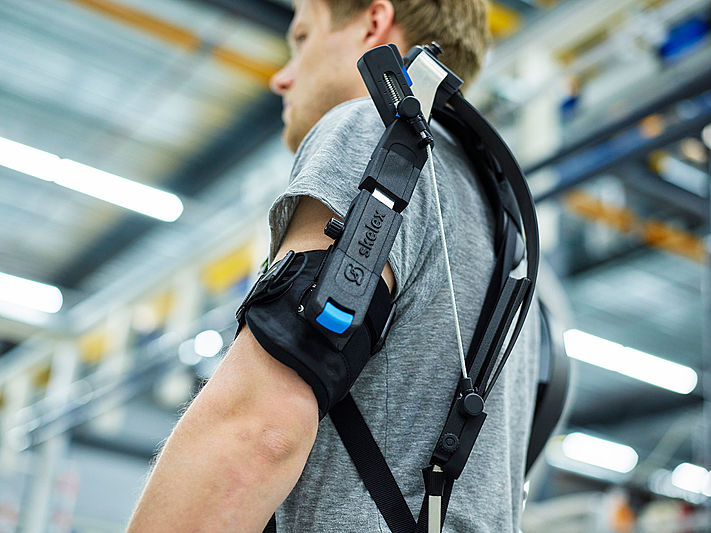 Heesen is experimenting with passive exoskeletons worn on the upper body like clothing to alleviate the weight and physical stress of holding and working with tools in certain positions. One product being tested is supplied by SkelEx in Rotterdam, whose FlexFrame technology adapts itself to the user’s body shape and size to support the ergonomic movement of joints and transfer weight to the lower body, storing and releasing energy to compensate for gravity while ensuring comfort and long-term well-being for the user. Initial testing by Heesen has produced positive results and the plan is to widen the scope of the project with more workers over a longer period after the coronavirus crisis has passed.

“Our first exoskeletons were born out of the need of aerospace manufacturer Airbus for a padded mechanical exoskeleton for aircraft maintenance,” says Ivar de Wit, European sales manager for Skelex, whose clients include French boating giant Beneteau. “Our products are already being used in the shipbuilding industry and it’s good to see the concept gaining traction among superyacht builders like Heesen.” The SkelEx 360-XFR is a tool for light, repetitive tasks up to 5kg, but Heesen is also considering exoskeletons for its female workers in certain departments who are more at risk from lifting heavy objects than their stronger male colleagues. It has been calculated that over 60 percent of skilled manual workers in manufacturing industries like boat building perform lifting and carrying tasks for at least a quarter of their normal work time. Musculoskeletal disorders (MSDs) are the most common occupational disease in the European Union, which has a significant impact on both short and long-term sick leave.

Heesen joins Royal Huisman and its sister company Rondal that carried out trials with a different product and are already using the Paexo Shoulder exoskeleton supplied by Ottobrock, a German company specialised in orthopaedic technology. Thanks to its biomechanical design, the user-friendly Paexo unit makes it easier to raise the arms and keep them held up, relieving strain on the shoulder joints and upper arms.

“The business benefits of industrial exoskeletons in terms of improved productivity are obvious,” says van Beurden. “But the trials we’re carrying out are also focused on the health and safety benefits for our workers.”