The first vessel to launch under the yard’s royal designation in 2020, Royal Hakvoort Shipyard, based in Monnickendam, the Netherlands, launched its new 61-metre superyacht Project YN251 on Saturday. Royal Hakvoort have now released further information on their new superyacht. 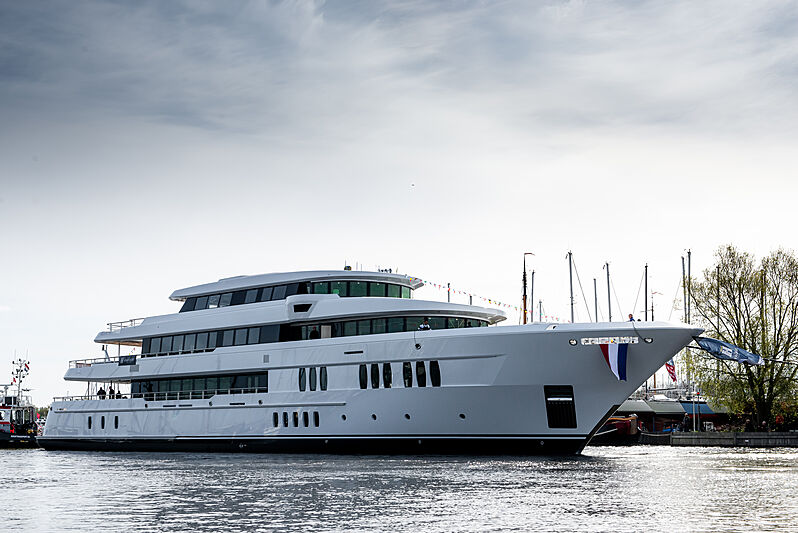 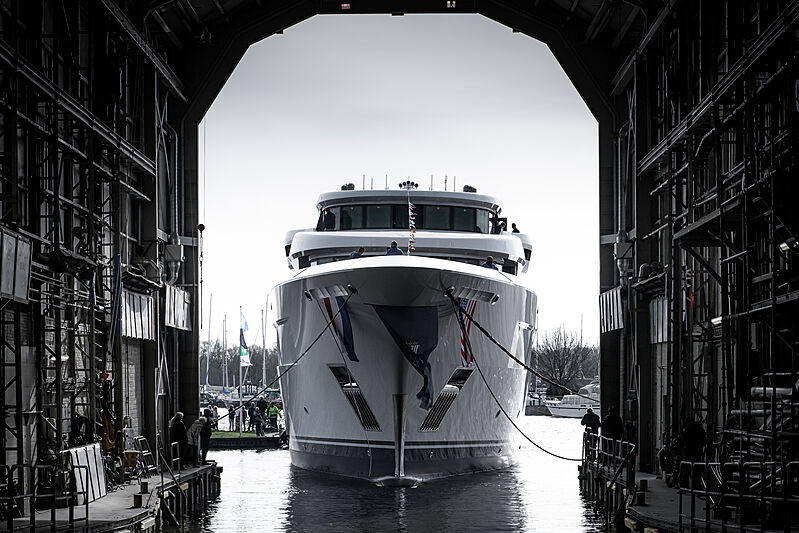 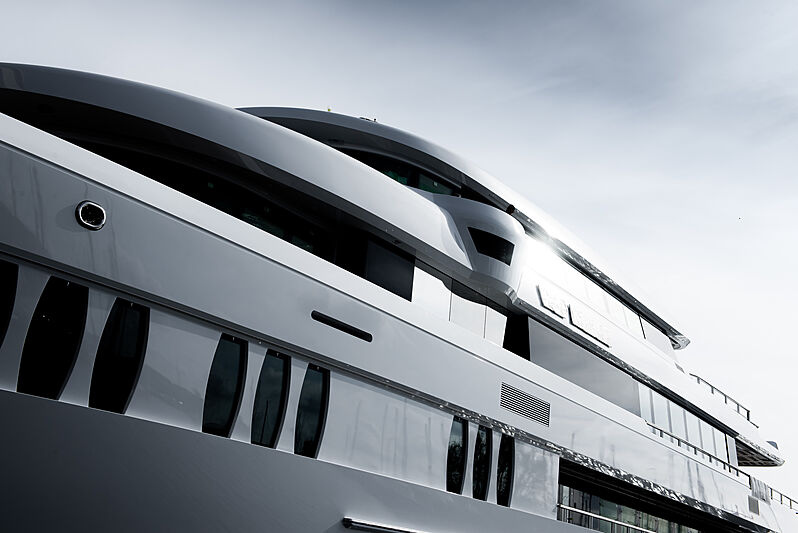 Photo: Tom van OossanenFeaturing naval architecture by Diana Yacht Design, and specifically requested by the owner, Project YN251’s most unique feature is her high ceilings, reaching heights of 2.4-metres on the main deck and owner's deck. With a clean and classic interior, constructed with natural elements such as oak and walnut, YN251 also comes with a lower deck cinema room and a large family-style open galley. 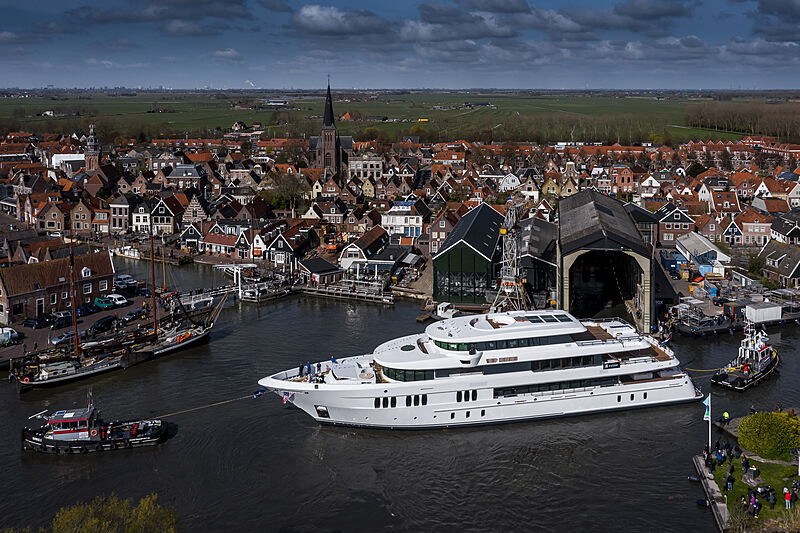 Photo: Tom van OossanenWith a continuous emphasis on spacious living for both interior and exterior spaces, Project YN251 is defined by vast open spaces and plenty of amenities. Some standout features include a large tender and toy store, a swimming pool on the upper deck, an outdoor kitchen featuring a 54-inch barbeque, plenty of comfortable seating, a sauna and air-conditioned indoor and outdoor lounges. YN251 also comes with a cosy fire pit on her sun deck for nights under the stars and a Jacuzzi on her foredeck. 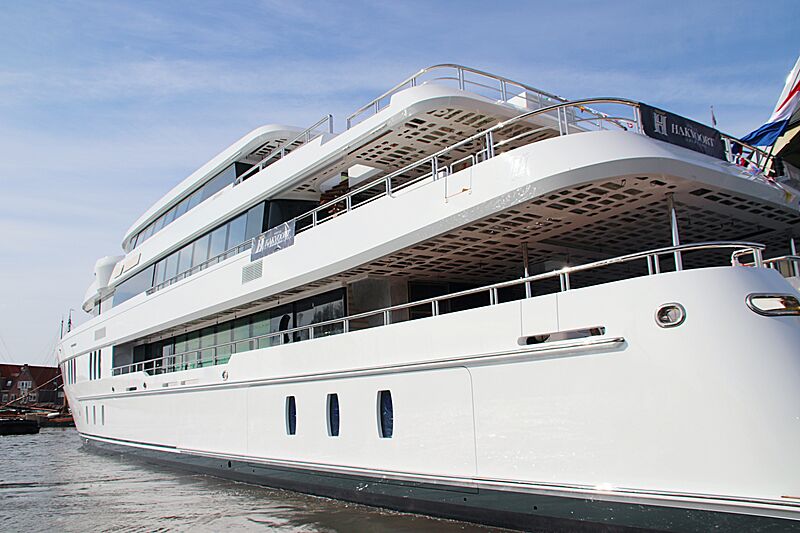 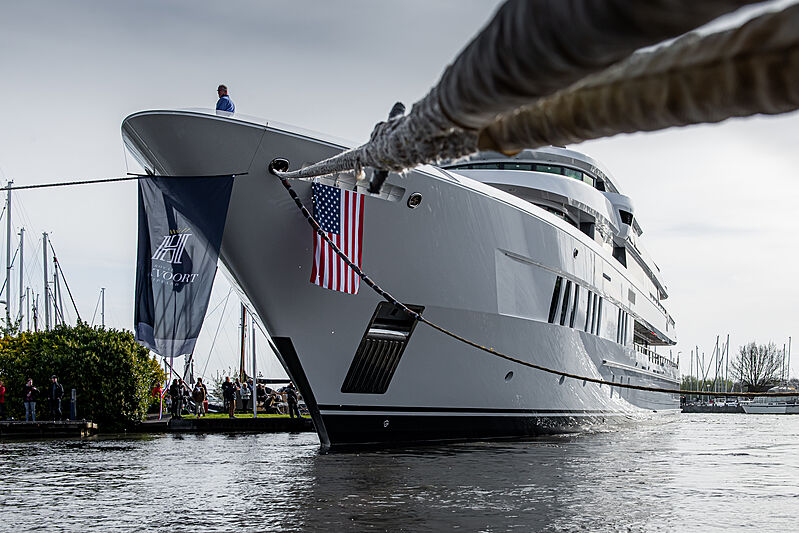 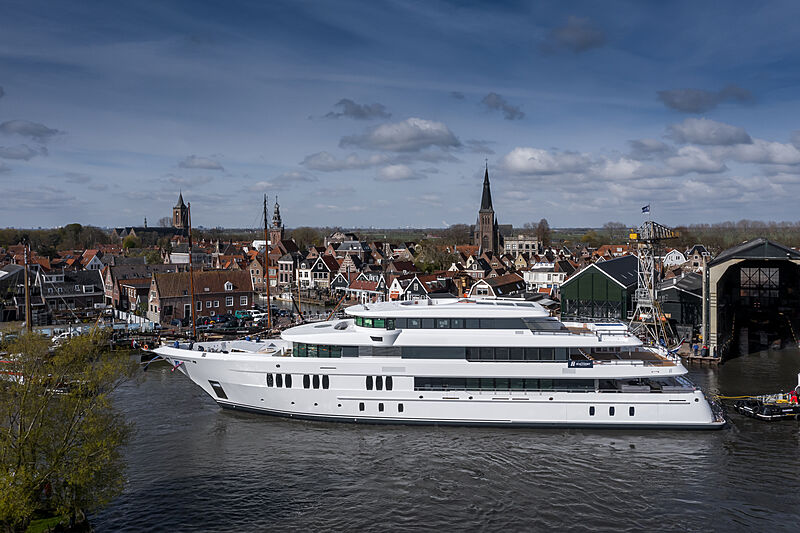 Photo: Tom van OossanenDue for delivery in early summer, she will remain at the Royal Hakvoort Shipyard until her construction is completed.