“When I was in architecture school and spent summers on the coast of Maine, I walked into a yacht company and asked them, ‘how do you do this, this and this?’ They explained it all to me, and I told them, I’ll be back.”

These are the words of Ward Setzer, founder of the Florida-based design studio, Setzer Yacht Architects which has been in operation since 1991. The Setzer studio has had a highly successful run over its 27-year-long career so far, with a portfolio encompassing over 800 designs for 60 yards all around the world, including Trinity Yachts, Delta Marine, McMullen & Wing and Christensen. 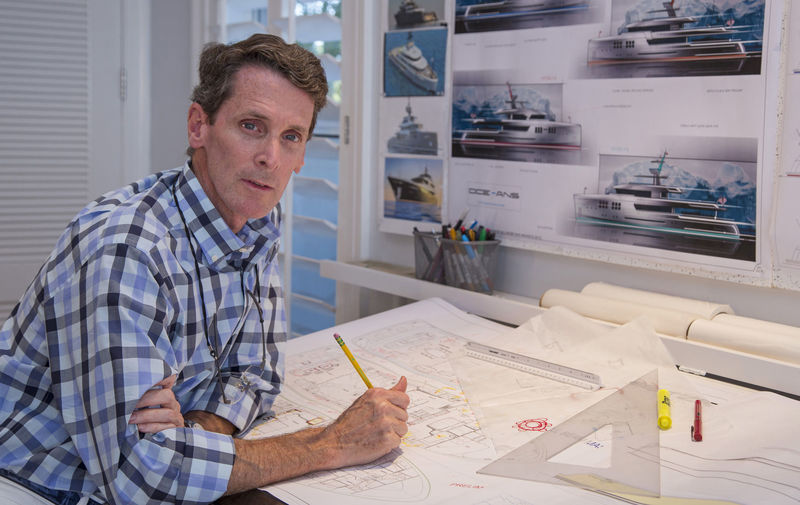 Setzer is a truly American designer and astute businessman who, through his New American Motor Yachts Collection launched in 2013 has offered his own corrective to what it means to have an ‘American style’ superyacht. Speaking with the designer at a typically hectic Fort Lauderdale Boat Show, we discovered why ‘less is more’ is more than just a saying, the importance of living the superyacht experience as a designer, and how Setzer Design Group survived the implosion of the US market during the recession. 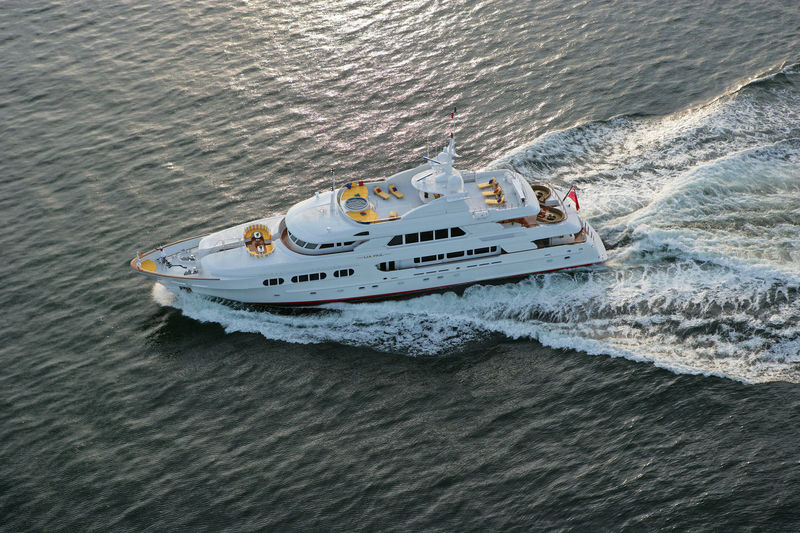 With arguably one of the best introductions to the industry, Setzer started his career in Palm Beach in 1984 under the tutelage of the American naval architecture legend J.B. Hargrave. Indeed, this was a somewhat precocious start to Setzer’s career: as he explained, “on my first day of work, I was given a 44-metre vessel to design - right out of design school! ”

From there, it was moving on to found and manage the Custom Yachts Division at Hatteras Yachts in 1986 until Setzer went his own way and opened his own studio in 1991. A big step for any designer, for Setzer, the decision was driven by one urge above all: curiosity. As Setzer says, “I was driven to learn more from builders around the world and to do that you have to get out there and learn. Curiosity drives you towards solving problems for clients: that’s all design is in the end, creative problem-solving. After so many years in one facility, your choice is either to jump ship and go into construction somewhere else or to hang out your own shingle as a designer and naval architect.”

And hang out his shingle he did. An 88-foot aluminium and fibreglass sportfisher was Setzer’s first commission from Broward Marine in 1991, with another one of his most notable designs found in his work on the 43.2-metre Namoh (now Lady Bee) for Christensen. The studio also collaborated with some of the US’ top shipyards at the time, including Trinity, Trident Shipworks, Richmond Yachts, Intermarine USA and Lyman Morse.

As Setzer sees it, the early part of his studio’s success was a case of being at the right place at the right time as the superyacht industry was developing in the US. “The timing was good for us. By 1995, we had started as the design firm for Trinity, Intermarine USA, Trident Shipworks, and they all happened within a month of each other.”

Setzer’s early collaborations with American yards also came at an exciting time of innovation for the industry internationally, not just in the States. Between the late 1980s and the early 2000s, designers and yards in the US created what we now know as the modern raised pilothouse yacht, as well as the design of shorter tri-deck vessels, which, as Setzer explained, established the market desire in the minds of buyers for these products. “This afforded a place for international brands to eventually mimic and latch on to and build their own followings [...] US quality and innovation lead the way until adjustments within the global economy made us share the fun while labour issues and mismanagement took things in other directions."

It is these vital years of US yachting innovation which are often overlooked in representations of the American yacht industry. As Setzer says, “everyone loves to paint a bad picture of the state of the American yacht industry but they speak from a position of not knowing its history, how it came to be after World War II, what drove its phenomenal growth and eventual decline.” And, despite the subsequent decline faced by shipyards such as Trinity, Intermarine, Trident and Richmond, the Setzer studio continued to thrive. As Setzer told us, “They imploded as companies, and yet through diversification we carried on. The whole industry kind of hobbled on together in the US.” 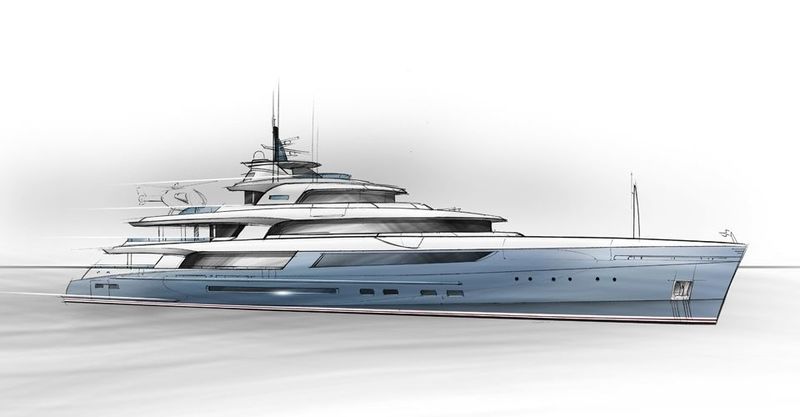 The Vestal 6200 in development for the Italian Sea Group

Looking at it 27 years later, Setzer’s design career has certainly been more of a marathon than a hobble. He has an impressive portfolio of international collaborations beyond the US, including the 62-metre Vestal 6200 four deck motor yacht which is currently under development for the Italian Sea Group.

One of the biggest developments for Setzer Design Group in recent years was the aforementioned New American Motor Yachts Collection, revealed in 2013. As for the inspiration for these new designs, it came from a two year design sabbatical Setzer spent on the Caribbean island of Antigua. “I wanted to see if I could connect deeper with the superyacht feel. I had a brand new studio right above the water. It was just me and my wife and a clean slate, and therefore resulted in some of the cleanest and most productive design work I’ve ever done.”

Moving from the hectic life of his US-based design studio to the relative tranquility of the Caribbean resulted in the designer’s return to the US with a portfolio of 22 designs ranging from 28 to 70 metres, 16 of which were sold after he returned - a successful sabbatical indeed. But for Setzer, his time in Antigua represented something deeper than a chance to relax and enabled him to connect, on a personal level, with how owners use their boats: “It’s about being in tune with how boats are really used. In Antigua, we interfaced with captains and crew and started to really understand that these third and fourth homes, as I like to call them, can feel like long lost children sometimes. You’ve got to really understand how this crew manages and runs the yacht, deploys the toys, entertains the guests, stocks the vessel, and you can’t always get a grip on that unless you see how owners use their yachts both for charter and for personal use.”

Vitally too, informing Setzer’s most contemporary designs, too, is a shift in tastes he has noticed from his American clients who are moving towards a more minimalistic - and, arguably, a more European - aesthetic. “All these classic designs with numerous details and expensive trappings are too much. Instead of all this bling everywhere, ‘less is more’ is my mantra. Clean lines are key to the way I draw today, from pencil to paper and computer to ‘as built’ dreams.”

For Setzer, this change in American stylistic tastes is connected to the move towards a younger demographic of superyacht owners who expect to use their vessels differently from their predecessors. As Setzer told us, “The average age of the American superyacht owner is coming down…. they’ve got a more modern taste in architecture and they’re more travelled than they have been in the past. They want more open-plan interiors; we’ve almost gone to the minimalistic bean-bag chair world with lots of glass. You also increasingly have a very changeable need of the space; let’s set it up for a party, let’s set it up for lounging around, and so on.”

Doubtless to say, however this alteration in American tastes will be born out in the future with the next generation of superyacht owners, Setzer Design Studio will be there, paying careful attention to what Americans and international clientele want and designing boats to both suit, and perhaps even shape, the style which we will see on the water in the upcoming years.

This article was featured in the latest edition of the SuperYacht Times newspaper. Subscribe now to recieve your copy straight to your door and never miss another issue.