The American Wall Street Crash of 1929 was caused by declining production and rising unemployment, as well as an excess of large bank loans that could never be repaid. Perhaps surprisingly, several large and luxurious yachts were completed in those times of growing tensions and declining fortunes.

One such vessel was 56-metre superyacht, Kihna, the first ‘Elegant Lady’ we’ll touch on in this series. Built by Camper & Nicholsons in 1930 and given her name by her American owner, Mrs. J. Fuller-Feder, Kihna was designed by Charles E. Nicholson. Requisitioned by the British RN in 1942, she served as the auxiliary patrol vessel HMS Kihna during the Second World War. In 1950, she was converted into a pilot tender for Trinity House by the London Graving Dock Co. 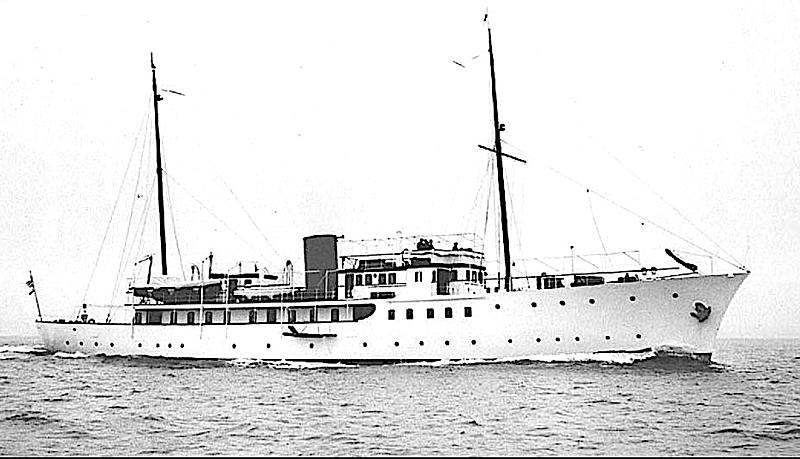 Photo: Malcolm Wood Yachting ArchivesIn 1960 she was re-converted to a yacht. Named Kihna once again, her new owner was Australian David D. MacDonald. He kept her until 1968 when she was bought by Marsa Industries Ltd. Finally, in 1975, Kihna was bought by Charles Bailey’s Nationwide Transport, Cardiff, Wales. However, the yacht capsized in the Channel Drydock in 1983, deemed unworthy of repair and later dismantled. This was a sad outcome, marking the loss of a significant classic within a dwindling fleet of historic vessels.

The second ‘Elegant Lady’ was also built by Camper & Nicholsons at their Gosport yard in 1937. Named Malahne by her first owner, W.L. Stephenson, founder of the British Woolworth retail stores chain, the length of this yacht was 54-metres, and she was also designed by Charles E. Nicholson. Stephenson used the yacht until she was laid up during the Second World War.

Photo: Malcolm Wood Yachting ArchivesAfter the war, L.H. Prichard of Texas acquired Malahne and renamed her Lev III. She changed hands again in 1951 when Greek shipping magnate, Maris A. Embiricos, bought her, naming her Narcissus. After only a year, the yacht’s next owner was arguably her most noteworthy — American film producer Sam Spiegel. In 1952 she was bought to be specifically used as a party yacht for his friends. He named her Malahne once again. At the time, Spiegel took exception to the arrival of Niarchos’s huge new yacht Atlantis which occupied a permanent berth next to his own yacht and blocked his view of Monte Carlo. He soon moved to a newly built house in St. Tropez where no one could spoil his view.

Photo: Malcolm Wood Yachting ArchivesBy then in need of a major refit, the yacht was sold in the early 1990s to a Saudi Arabian businessman and renamed Adel al-Mojil 12. Rather than restoring her, he built a new yacht, utilising two thirds of her hull and constructing a new superstructure. Cantiere Campanella at Savona were awarded the contract. The yacht ended up 12-foot longer, with a new bow and stern, plus a third superstructure deck, making her appear larger. She was later renamed Adel XII. 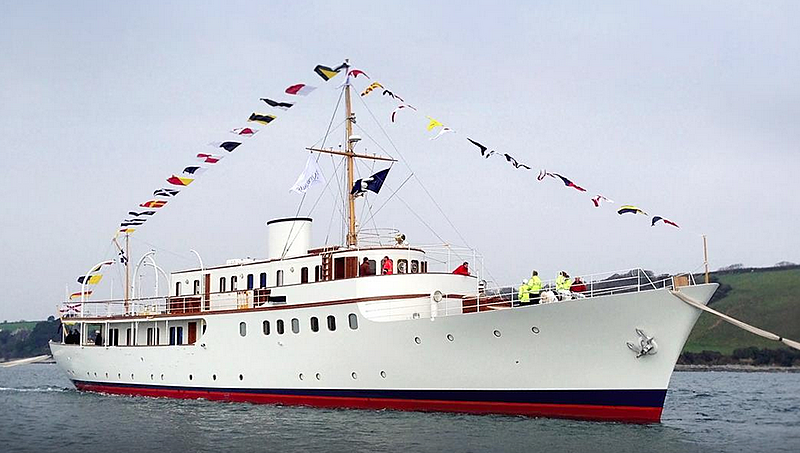 Photo: Malcolm Wood Yachting ArchivesEventually rescued by her present owner and rebuilt to her original configuration by Pendennis Shipyard in Falmouth. G.L, Watson drew up the design and specification. It was a rather happy outcome to what could have resulted in the loss of one of today’s most important classic yachts. 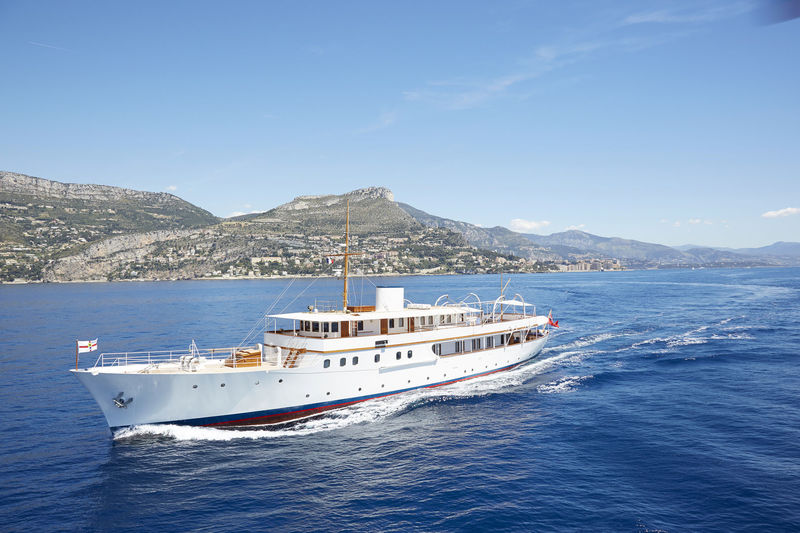 Photo: Edmiston This article was originally published in the Autumn 2021 issue of The SuperYacht Times newspaper. To receive all future issues straight to your door, subscribe to the newspaper here.