Since first reporting about the fire on board Lady MM in Sardinia yesterday, the vessel has since succumbed to the irreparable damage as a result of the fire, causing the yacht to sink. This footage from the local Coast Guard shows the yacht entering a watery grave on the popular Costa Smeralda off Sardinia's northeastern coast.

Yesterday, the 47.5-metre superyacht Lady MM caught fire 50 miles from the Costa Smeralda while sailing from Capri to Porto Cervo. The yacht, built by ISA Yachts in 2003, had 17 passengers on board at the time (nine crew members and eight guests from Kazakhstan), who all abandoned the ship and fled to safety via tender.

The Olbia Coast Guard picked up the first distress signal from Lady MM at 06:00 on Tuesday 25 August and launched two patrol boats and a helicopter to aid the yacht. A few hours later, occupants of the burning boat had communicated to the radio centre that they had abandoned the yacht and were soon intercepted by the coast guard team.

Lady MM was part of the Italian yard’s popular ISA 470 series. Built under the name April Fool, the vessel first changed hands when the original owner took delivery of his 61-metre Feadship in 2006 by the same name (now Samadhi). Her exterior design was by Walter Franchini Architetto and Luxury Projects with Janet Leroy responsible for her interiors. 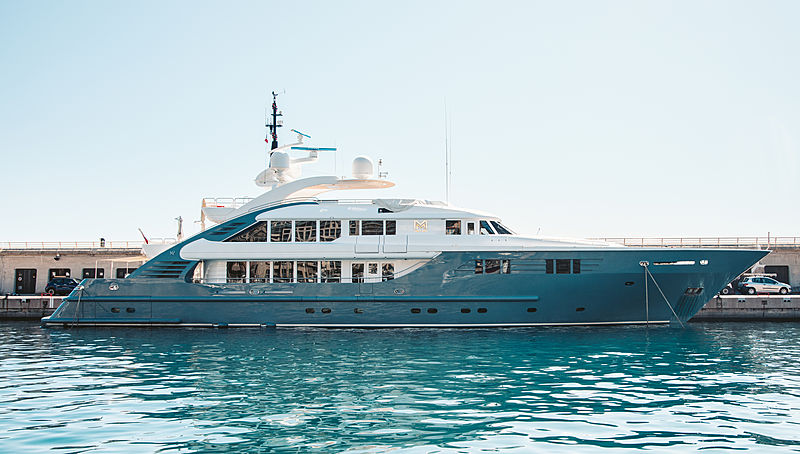 Kanga fire report: How safe are Li-ion batteries aboard yachts?