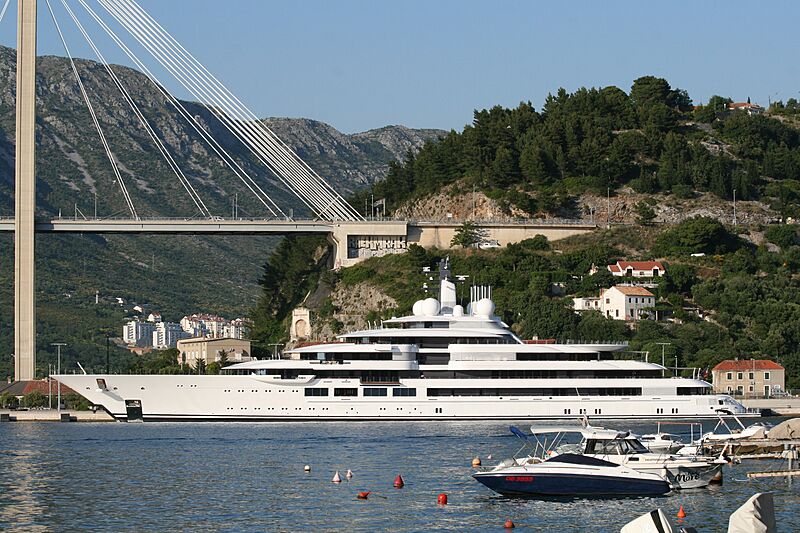 Photo: Luko / FlickrKnown before as project Lightning, the 140-metre Lürssen Scheherazade is one of the 20 largest yachts in the world at 10,167 GT. Built at the German shipyard last year, very little is yet known about this secretive new yacht which features an interior design by Zuretti. Outside are two helipads, two jacuzzis as well as several fire pits on deck. Here she is seen beside another feat of engineering, the Dubrovnik Bridge - one of the largest single-pylon, cable-stayed bridges in the world.