Italian shipyard Overmarine has announced the launch of its latest Mangusta 110 motor yacht: the Mangusta Maxi Open 110. The fourth unit of the series, this 33.8-metre motor yacht was sold in December 2017 and built for a European owner 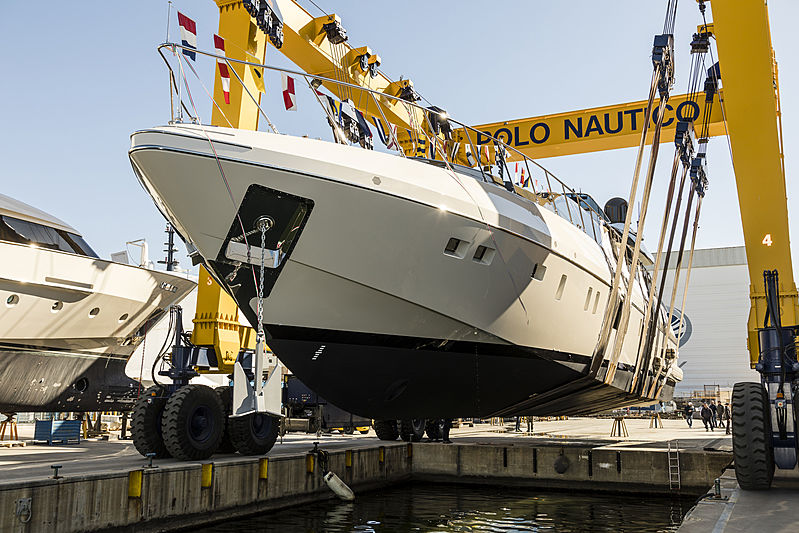 Photo: Mangusta Yachts The exterior design of this Mangusta 110 motor yacht is characterised by sleek and sporty lines, with her interiors by the Dutch designer Piet Boon working in collaboration with Overmarine's in-house design and decoration office to create a custom interior for her owner. On board, up to eight guests can be housed across four staterooms, as well as a crew of five.

Her interior layout is characterised by large open areas and a careful balance between interior and exterior spaces, with plenty of space on board dedicated to socialisation as well as offering more private areas for those on board. 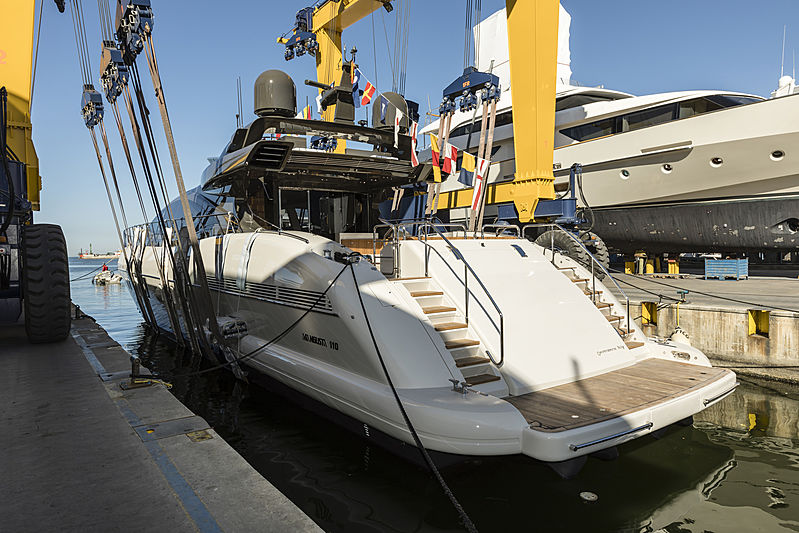 Photo: Mangusta Yachts The shallow draft of this Mangusta 110 superyacht, at just 1.70 metres, makes her ideal for cruising in shallow waters. The yacht can be easily manoeuvred using the joystick and is also equipped with a dynamic positioning system to enable the vessel to remain in a specific GPS position without being affected by tidal changes, wind or current. 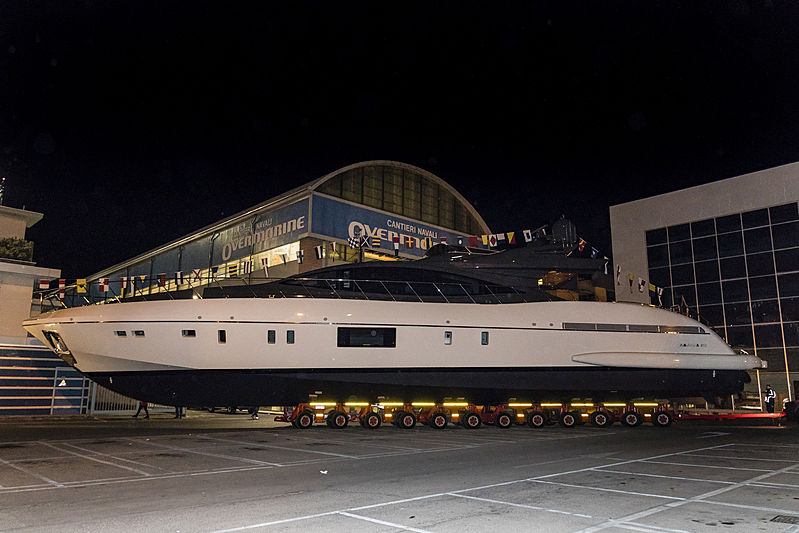 Photo: Mangusta Yachts This Mangusta 110 motor yacht's two MTU 16V2000 M96L 2600 HP engines push her to a maximum speed of 33 knots. With the environment taken into consideration for her design, the Mangusta 110 can cruise at low speed in fuel-efficiency mode and she also is equipped with low-emission engines.

Comfort on board the 33.8-metre motor yacht is maximised by the use of waterjet propulsion and a gyroscopic stabilisation system.