Adding to its growing line of luxury motor yachts, Hatteras Yachts has unveiled an all-new new Hatteras M98 Panacera model that joins its M90 and 105 Raised Pilothouse superyacht offerings. Construction on the first unit will commence over the coming winter season and is expected to be ready for launch in the spring of 2021. 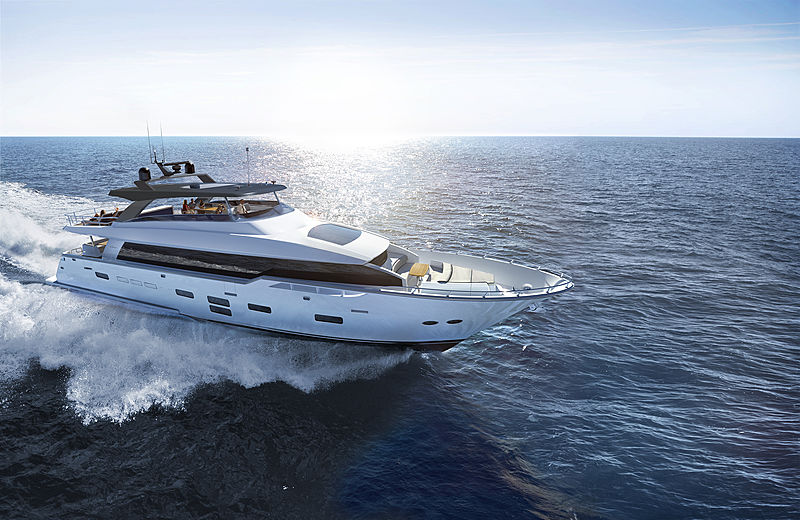 The new model is a response from Hatteras after clients were looking for a larger option from the existing M90 but found the 105 Raised Pilothouse’s accommodation setup extensive. “At the same time, they wanted the new boat to be equipped with larger MTU 16V 2600 diesel engines that would maximize its cruising speed but maintain the legendary ride quality that Hatteras Yachts are known for,” explains Yachts Chief Product Officer, Ward Setzer. “Ninety-eight feet was the magic number.”

Hatteras and Setzer worked closely with clients to achieve the optimum layout, directly targeting the consumer market yet retaining the large-yacht features that would make the M98 stand out from the crowd. A four-cabin arrangement was decided on as the standard layout with an optional VIP suite that can be added forward on the main deck. In addition, the M98 will come in three different versions; an open bridge, partially enclosed bridge and fully enclosed bridge.

“Another of the new model’s many highlights is its Beach Club aft,” added Setzer. “It’s huge for a yacht of this size, and if the owner prefers, this transom area could be used for additional crew quarters or a utility room. It’s a very versatile, flexible space.”