Hearing Bassim Haidar speak about his beloved 64-metre Codecasa superyacht Bash, his passion for yachting is undeniable. Amidst our second pandemic-held summer, we shared a phone call from Athens to Amsterdam to discuss his long-held affinity for the ocean and his desire to travel the world – which ultimately led to his ownership of Bash. 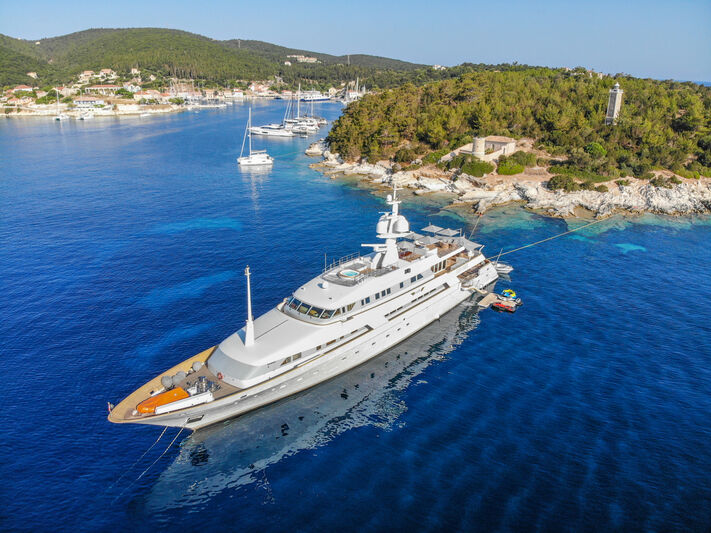 Photo: Josip BaresicFalling in love with boating from the young age of 17, Bassim found his affection for the ocean and all things water sports very early on. Growing his successful businesses and staying involved with dipping his toes in and out of boating over the years, it wasn’t until he was 35 when Bassim took the plunge and bought his first yacht, a 53-footer. Over the years he has gradually increased the size of his yachts, owning a 56-metre Benetti yacht as well as a 30-metre Azimut yacht, Bash II, prior to owning his current yacht Bash.

Remarking on his journey to ownership of Bash, Bassim sold the Benetti last year in December and set about the task of finding an ice-classed explorer yacht, or even better, building his own. Whilst undertaking the mammoth task, Bassim stumbled upon the somewhat famous yacht, Sokar. “The size, the volume, the history and the condition of her, I thought, maybe this is the yacht for me right now.”

Rich in history with the famous picture of Princess Diana sitting on the stern, Bassim was instantly fascinated by her timeless beauty. “Within a few days of knowing about the yacht, which at the time was in Estonia, I flew up there to see the yacht and do some sea trials and a survey. Within a week after that, I had bought the yacht and she was instantly on her way down to the Med. From seeing the yacht to complete ownership, it was about two and a half weeks!” 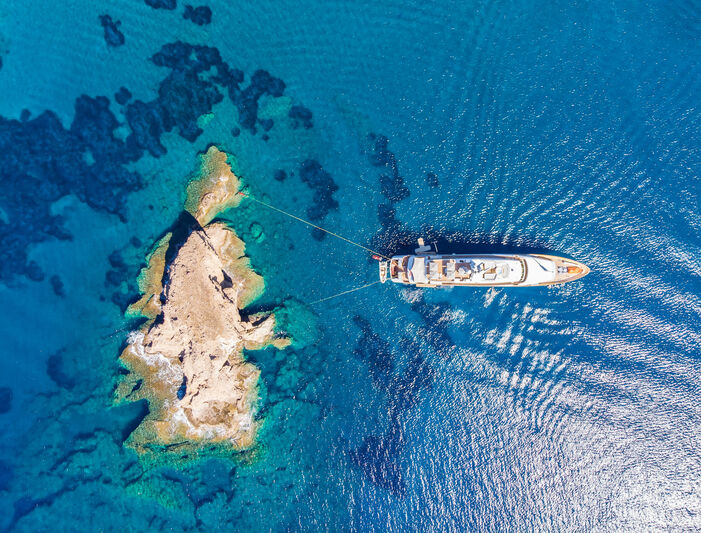 Photo: Josip BaresicBash stands out as an exceptional yacht for many reasons, but one element that is particularly impressive is her abundance of onboard water toys, which Bassim stated he put on board “because I am a yachty”. He continued, “We have four Jet Skis, two tenders, Sea bobs, wakeboards, surfboards and lots more.” Bassim believes the variety of toys, her interior volume, her nine staterooms and her experienced chefs are just a few of the reasons why Bash is a perfect charter yacht to cruise the globe.

A word that seems to come up frequently in our conversation is ‘freedom’. While chartering a yacht is fun in the short term, enjoying life aboard your own yacht elevates the meaning of freedom to a whole new level. “When you are on your own yacht and you have no limits for how long you can stay and enjoy it, I think this is the most amazing thing about ownership.” Discussing the many difficulties brought on by the pandemic, Bassim found that surprisingly the pandemic enabled him more freedom than ever before, being able to spend more time on his yacht working remotely and travelling.

After listing and considering the many places he has travelled across the world on Bash, Bassim finds that the best cruising grounds for a superyacht are the Ionian Islands of Greece. “The wind is not as aggressive here as it is on the Aegean side such as Mykonos and so on, plus it is just beautiful to island hop amongst the equally incredible villages and coves.” Slicing through the waves to the other side of the pond, the Bahamas and Saint-Barthélemy take the top spots on Bash’s favourite places list, where she is available to charter through Seawood Yachts in the winter seasons.

Photo: Josip BaresicKey to an owner who likes to travel, one of Bash’s most impressive features is her long-range capabilities for hopping between countries. “One of the crucial things is her range and ease of cruising, doing overnight trips of 12 hours, from the moment you leave to the moment you arrive, you basically have no idea except when dropping the anchor.” For Bassim, this is one of the many reasons why he believes ownership of a yacht is so special because again, it provides the ultimate freedom.

Fondly sharing some of his favourite memories spent on Bash, it soon becomes clear that the ones he holds most dearly are those spent with his family and friends. “Visiting different islands, getting off the yacht, doing beach plays, long Jet Ski rides of three to four hours exploring the islands, that is something I treasure greatly and will always remember.” Speaking passionately about his now grown-up family and the special memories he carries of their trips, it is obvious that family shines through as something deeply important to Bassim and to his choice of superyacht. 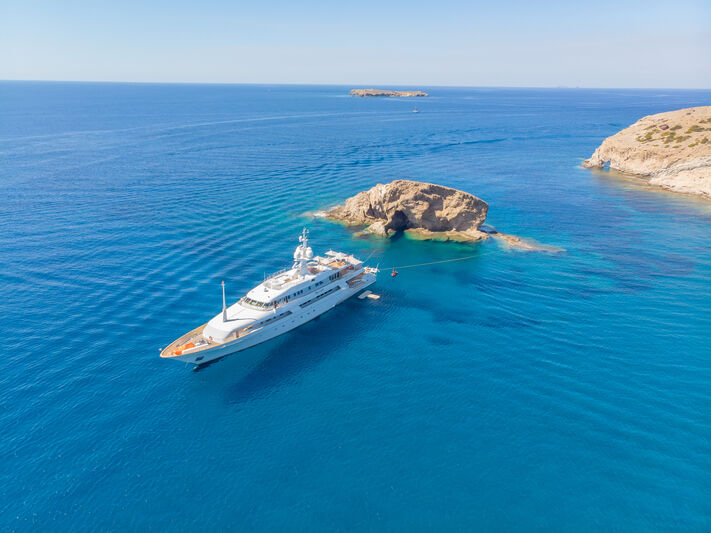 Photo: Josip BaresicWhat’s next for Bash’s owner? She will finish cruising the Mediterranean before going into the yard for her yearly maintenance and then head off to the Caribbean for the winter season. But Bash’s owner isn’t ready to stop there, and the next destination on his check list is the Arctic and the Norwegian Fjords. Is Bash up for the task? Time will tell.

This article was originally published in Issue 39 of the SuperYacht Times newspaper. To read more stories like this and to never miss an issue again, be sure to subscribe here.

Onboard Emocean: A designer's tour

Farouk Nefzi on the Millennial takeover

"She's a work of art": Gary Ball owner of Snowbird