The 75.13-metre sailing yacht known as Enigma and Phocea caught fire this morning off an island near Langkawi, Malaysia. While at anchor less than one nautical mile northeast of Pulau Singa Kecil (Lion Island), the 530 GT yacht was tended to by the Malaysian Maritime Enforcement Agency (MMEA), who rescued seven crewmembers who are reported to be safe and uninjured. 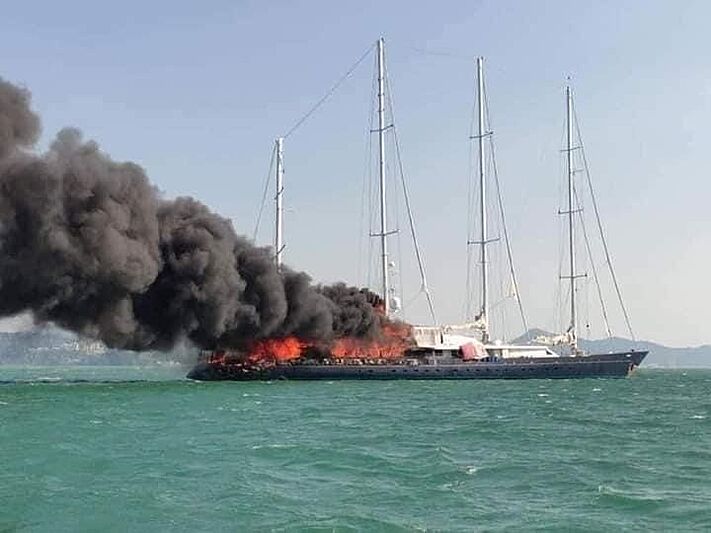 Once the fire was detected by a local patrol vessel, rescuers from the Malaysian Maritime 6 FLASH boat began fighting the flames and have been continuing to do so despite strong wind conditions. Kedah and Perlis MMEA director, Maritime First Admiral Mohd Zawawi Abdullah, said in a statement that the weather was "making the operation difficult."

"No oil spill was reported and we will continue monitoring the situation," he added. The team have been tending to the fire since 08.18 local time. 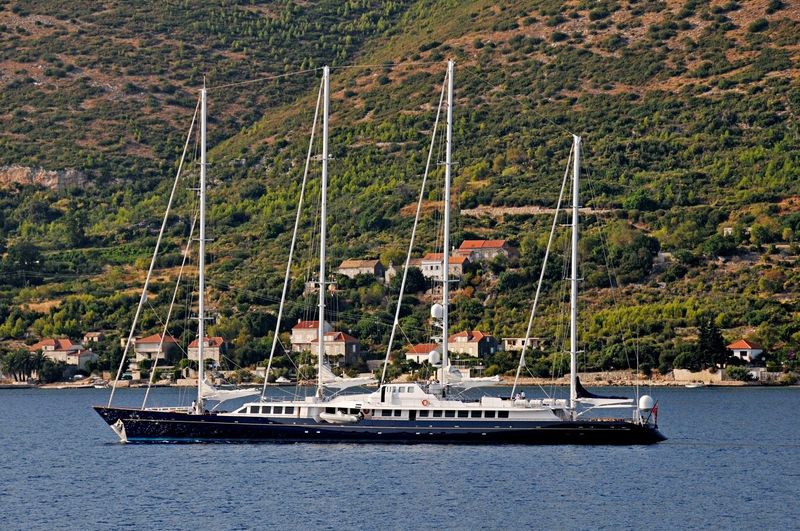 Photo: Benoit DonneEnigma was built as a single-handed race yacht in 1976 to the design of Tim Heywood and interior designer Beiderbeck s. After crossing the Atlantic in 1976, she was converted to a cruise ship by her original builders, the French shipyard DCAN. In 1999/2000 her owner, a well-known individual after whom the 104.85-metre Lady Moura was named, ordered a major interior and exterior refit at the Lürssen shipyard in Germany. The yacht was again sold in 2010 to her current owners. Enigma accommodates 12 guests in a master suite, one VIP, two double and two twin cabins, and sleeps up to 23 crew members.

Update: damaged sailing yacht My Song hauled out in Palma