Seen for the first time this week in a semi-completed state, the 140+ metre Lürssen motor yacht known as project Redwood is nearing completion at its facility in Berne-Warfleth near Lemwerder, Germany where photographer Christian Eckardt took these sunset images. 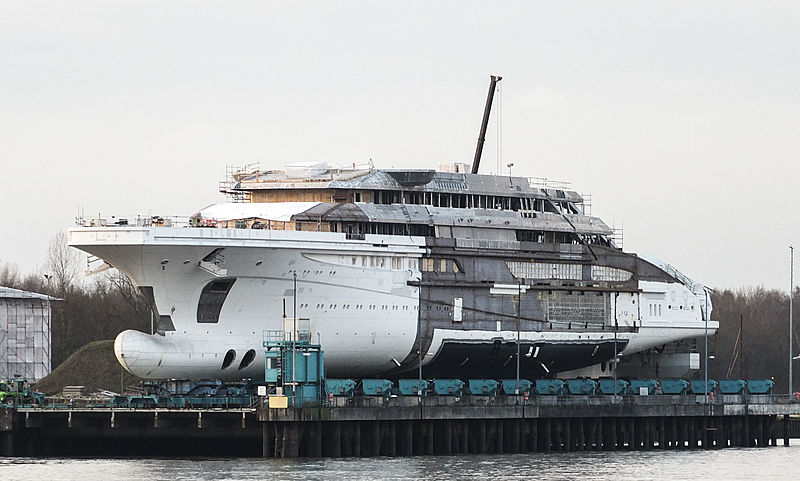 Due for completion in 2019, Redwood is the design work of Nuvolari Lenard who are working with owner’s representatives Moran Yacht & Ship on the project. An interesting bow configuration is clearly visible in these images which will no doubt make for an exciting unveiling when she is launched next year. 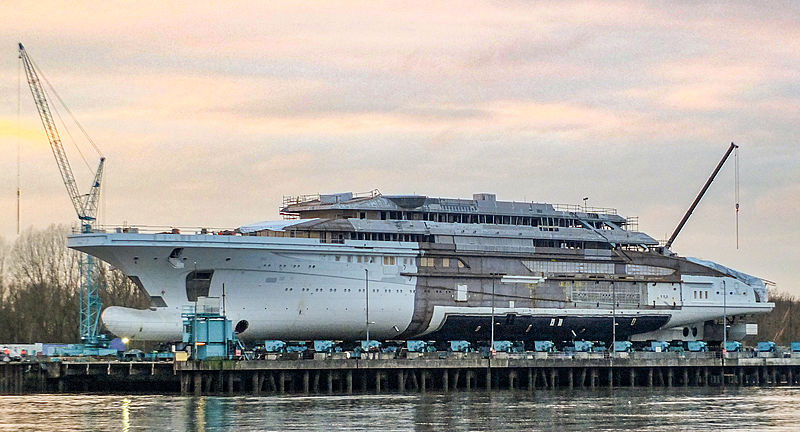 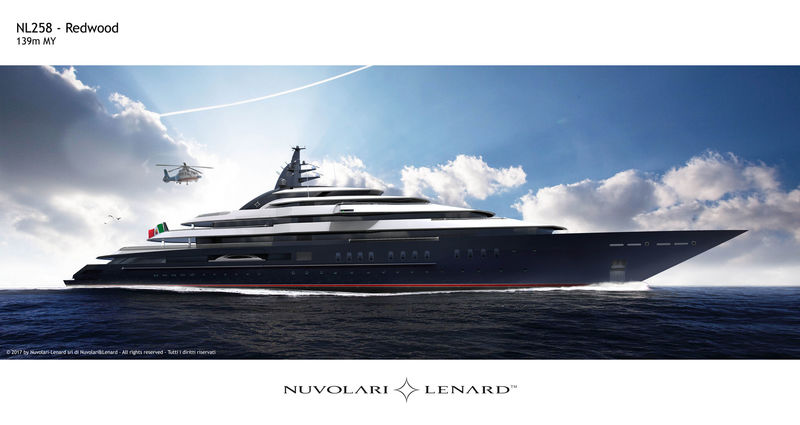 Just some of the exterior features will include two helicopter landing pads, a large sports and diving centre on the lower deck as well as an oversized, partially-covered swimming pool. The project is being overseen by Moran Yacht & Ship and is currently under construction at Lürssen’s shipyard in Bremen according to the Passenger Yacht Code. 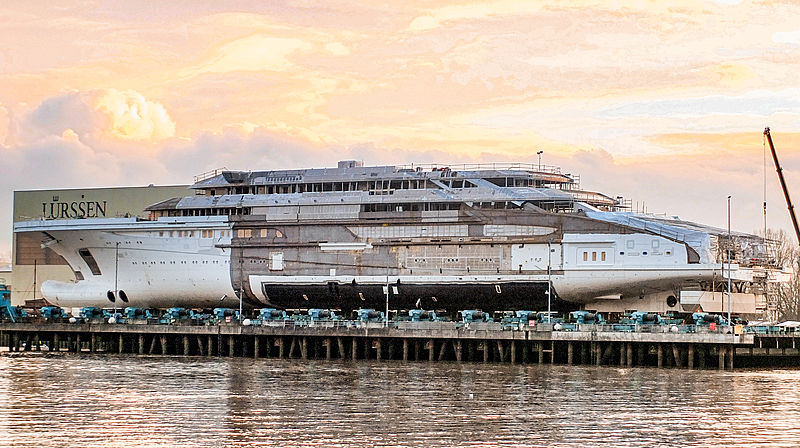 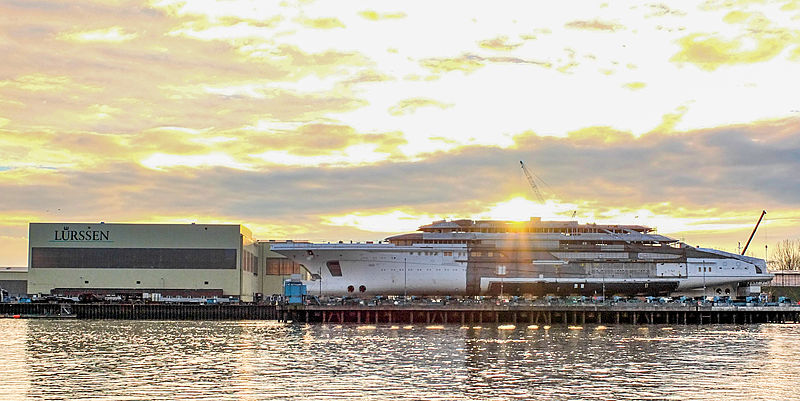 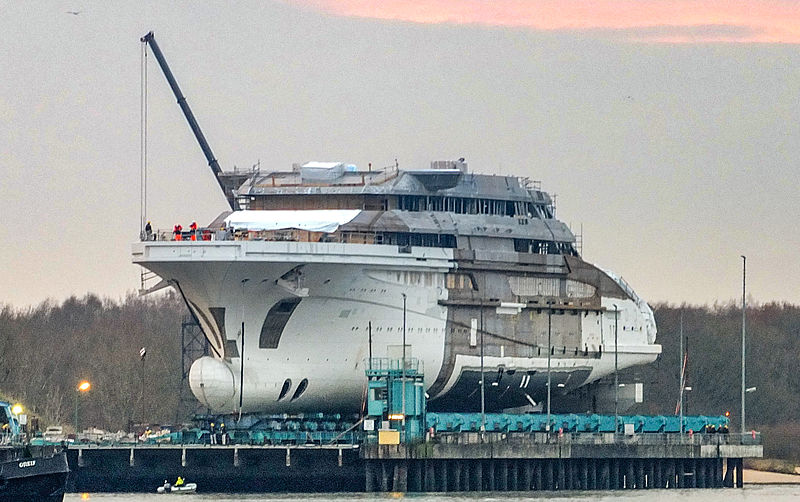