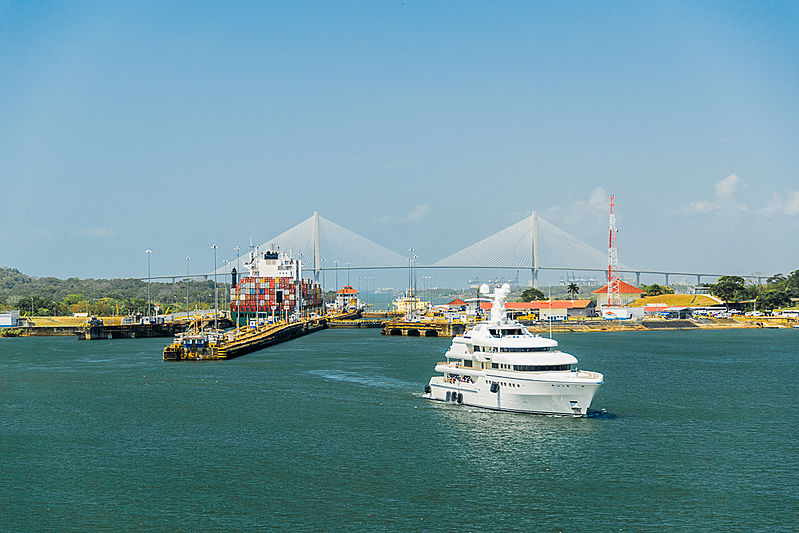 Photo: Craig StanfillCaptured here as she exited the Panama Canal locks with the Puente Atlantico in the background is the 81-metre Abeking & Rasmussen superyacht Grace. Formerly known as Kibo and launched in 2014, the vessel changed hands in 2018 as one of the largest used yacht sales of that year. Listed for €129,000,000 at the time, the new owner was represented by Cecil-Wright & Partners in the deal. Terence Disdale is the designer of the yacht, and just like her sistership Romea is behind both the interior and exterior design of the project. The highly private yacht offers accommodation in four identical double guest cabins as well as a VIP forward on the main deck. One deck above is the owner’s stateroom, which offers 180-degree views forward.