Home > News > Superyachts Virginian and Leander G together in Antibes 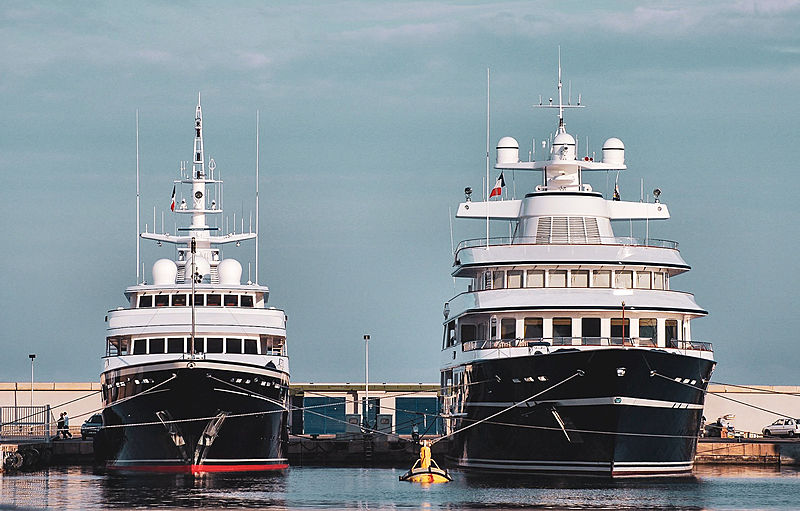 Photo: Christo303Seen here side by side in the yachting hub of Antibes are the two Northern European superyachts Virginian and Leander G. The 62.2-metre Virginian was built by Feadship in 1991 and has an interior that is styled as an English Country home by designer David Easton. De Voogt Naval Architects are behind Virginian’s classic exterior lines. Launched one year later in 1992 is the 75-metre Leander G. Also tracing her heritage back to English ownership, the yacht often played host to members of the British Royal Family while under her former ownership. Following her sale last year, the yacht has now been removed from the charter market. Leander G features naval architecture and exterior design by Kusch Yachts, whilst her interior was undertaken in a joint venture by Pauline Nunns Associates, Katalin Landon and Heinz Vollers. In 1998 she underwent an extensive refit with the Devonport shipyard, in which two of her decks were extended.