Home > News > Support Yacht Intrepid in the South of France 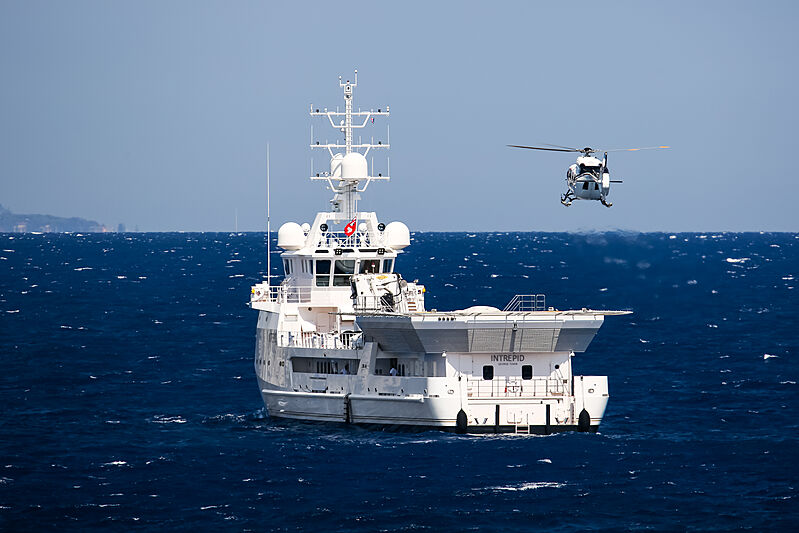 Photo: Raphaël BellySeen here anchored in the South of France is the 69.15-metre support yacht Intrepid. Built by Damen Yachting at their Netherlands-based facility, the superyacht was delivered to her adventurous owner in 2016. Constructed out of steel and aluminium, the 1,128 GT superyacht features both exterior design and naval architecture by Damen Yachting. She was purposefully built to supply her mothership, Infinity, with air support, provisions, crew, fuel and an extended range of watersports and exploration equipment. Intrepid is an evolution of Damen's 67-metre support yacht range. In addition to a longer overall length, a feature that sets her apart from her two smaller sisterships Garçon and Dapple, is the innovative heli-deck to her aft, capable of receiving a Eurocopter AS365 or Agusta Westland AW109. The platform opens to reveal a hangar into which the helicopter disappears below deck.

Lürssen Superyacht Capri I in Milos

Superyacht Rebeca on the French Riviera