Construction has begun on Southern Wind’s fourth unit from the 105 miniseries at its Cape Town facility. Her new owner is expected to take delivery of the 34.59-metre yacht during the first quarter of 2021. Designed for a first-time Southern Wind owner on the hunt for a performance cruiser with character, she will feature Farr Yacht Design naval architecture and Nauta Design interiors and exteriors. Like her predecessors, the fourth SW105 showcases elegance and speed at the helm of her design. 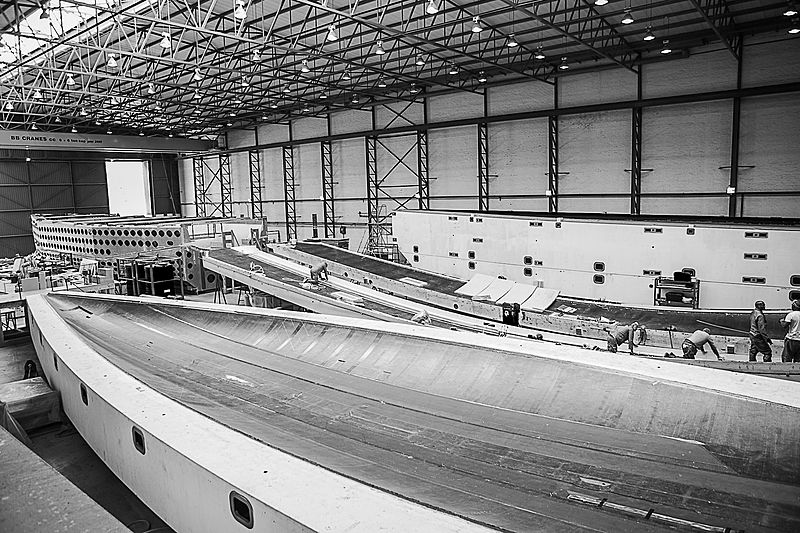 Photo: Southern WindA light configuration with a generous sail plan that maintains the distinctive qualities of her sister ships has been incorporated into the construction plan of the fourth SW105 yacht. Farr Yacht Design vice president Jim Schmicker explained: “For the configuration of SW105#4 we had the opportunity to install a fully optimized lifting keel with a 5.9-metre draft that includes a reduced bulb weight resulting in a fine-tuned balance between upwind and downwind performance. The SW105 GT has a generous sail area for excellent acceleration and performance in light winds and downwind in all wind speeds. Her parameters compare favourably with other well-known competitors on the superyacht circuit”. 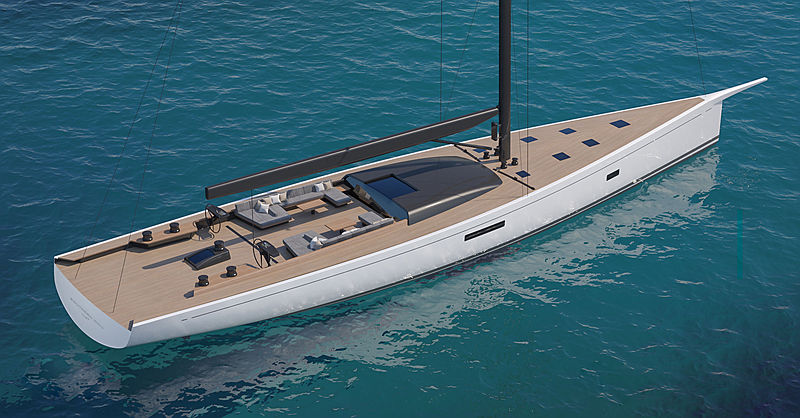 Photo: Southern WindTo optimise her weight and efficiency during sail, the fourth SW105 has achieved a displacement reduction of over three tonnes and will feature a full carbon hull with a Nomex and prepreg foredeck and cockpit. Carefully engineered hydraulic and electric power management systems further contribute to her reduced weight. Paul Dumbell, Southern Wind’s technical coordinator, explained: “In the wake of the performance attitude of SW105#02 Kiboko, some of the special features requested by SW105 #2’s owner have been carried over into the standard specification of this new project. The vessel is being engineered for a deeper lifting keel (3.8-5.9 metres), a higher righting moment and stiffer hull for reduced forestay sag. The increase in righting moment opens up options like carrying a square-top mainsail, which will be an impressive sight combined with the new deck design.”

Photo: Southern WindAs per her owner’s brief, this SW105 will feature a brand new, sleek Nauta Design deck layout with a carbon coachroof and a wider cockpit area than her sisterships on a single level. Additionally, the helm’s position has been positioned closer to the gunwales to provide better sea views. Nauta Design’s founder Massimo Gino and Mario Pedol expressed that ”by researching the most efficient ways to sail, both for the helmsman and for the tailers, and by distilling the most important elements of the deck layout, Nauta achieved a very appealing look that expresses performance potential and aerodynamic efficiency.” 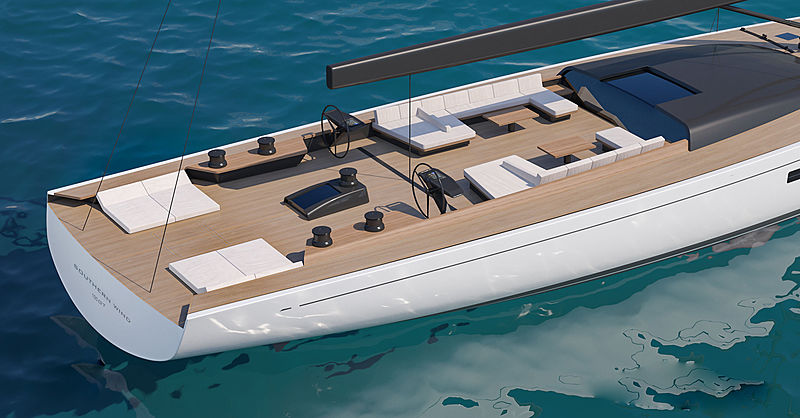 Photo: Southern WindIndoors, the in-build SW105 features a three-cabin configuration with the popular owner’s cabin forward layout and two cabins aft of the saloon: an ensuite VIP cabin with a walkaround bed as well as an ensuite twin cabin. For larger parties, the stylish saloon can be converted into an ensuite double cabin thanks to a deep sofa, day head and studio fore of the saloon. The aft crew area comfortably sleeps five while the captain can retreat in a private ensuite cabin. 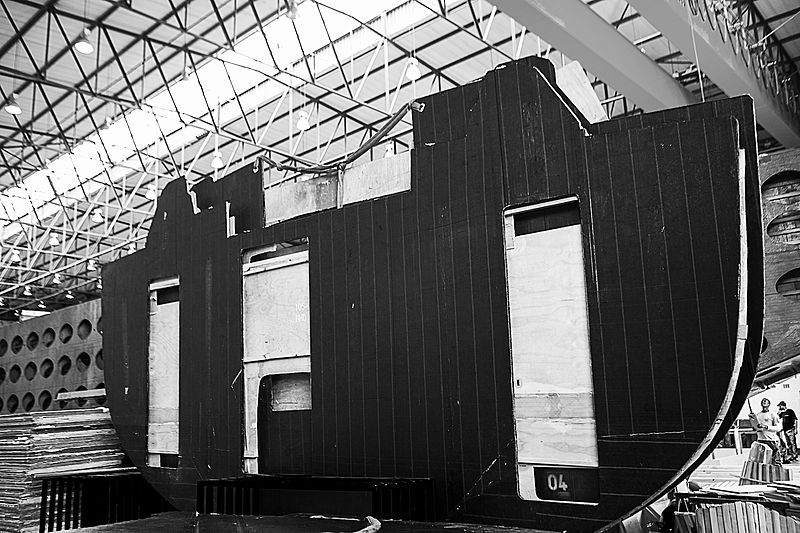