The 27.43-metre expedition catamaran Rogue has been sold with Nicholas Valin from Neo Yachting representing the buyer and Josh Gulbranson and Jodi O'Brien from Fraser representing the seller in the deal. 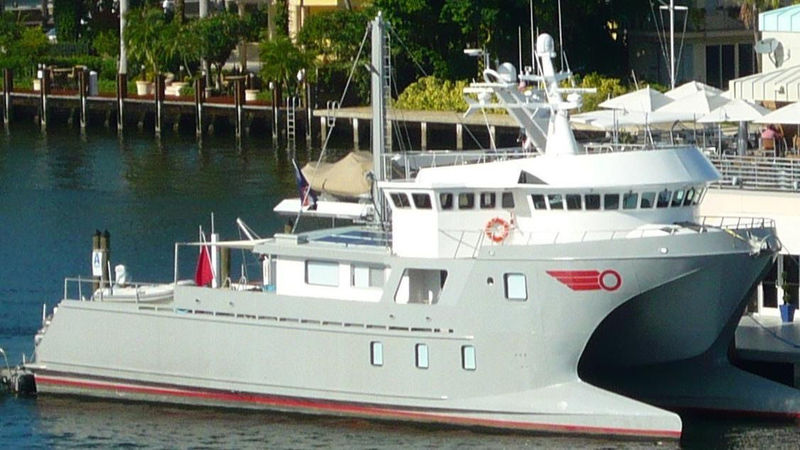 Photo: Neo YachtingThe catamaran Rogue was built in aluminium and originally delivered as a fishing vessel in 2004. She was converted into an explorer yacht by Ocean Voyager and then relaunched in 2015.

Her conversion was undertaken with the intention of creating an low upkeep, eco-friendly vessel with her large solar array enabling her to lie at anchor without requiring the use of noisy generators. In addition, she also features LED lighting and low-energy air conditioning.

On board, she accommodates six guests in three cabins, comprising a master suite and two double cabins, all of which feature en-suite shower facilities. There are also two crew cabins on board.

Unusually for a vessel of this size, she features an eight-tonne deck crane, which allows for both the launch of a large tender or submarine. Her spacious saloon has a vaulted ceiling above dining and relaxation areas and an entertainment centre. In addition, her two large garages located in the aft hulls can be set up dive centres, toy storage or fishing centres.

Now renamed Basilisk, she will now undergo a refit before beginning her career as a charter yacht and a scientific research vessel. At the time of sale, she was asking $1,750,000