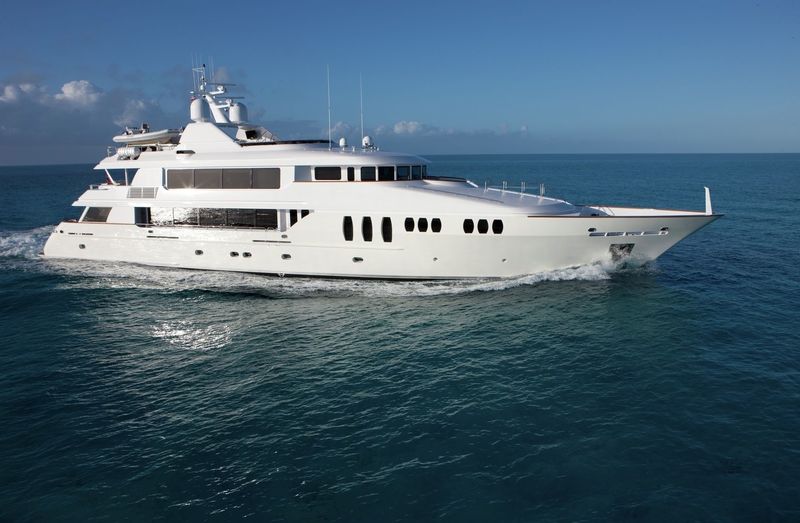 Carpe Diem II underwent her last significant refit in 2015. The $1,500,000 project saw an all-new interior for the yacht, including a complete new galley. Further refurbishments and upgrades were undertaken in 2016/17.

On board, she accommodates 11 guests across five cabins, including a full beam master suite on the main deck, and a full beam convertible VIP cabin on the lower deck. Carpe Diem II also accommodates a crew of 9.

Burgess represented the seller in the deal, with Thom Conboy at Ocean Independence representing the buyer. At the time of sale, she was listed at an asking price of €12,900,000.