Chinese shipyard Pride Mega Yachts has announced the launch of the 88.5-metre superyacht Illusion Plus in Yantai yesterday. She features naval architecture by Azure Naval Architects, exterior design by Rainsford Saunders Design, and an interior from the drawing boards of Sinot Exclusive Yacht Design. At 3,603 GT, upon completion, she will be the largest yacht ever to be built in China.

Started on speculation several years ago, news surrounding the project had been relatively scarce since the 2014 announcement of her sale with Fraser and Bluewater, until earlier this year when Y.CO announced their appointment as the central agent for the sale of the yacht. The brokerage company was appointed by the shipyard, which suggests that the project is back in the ownership of the shipyard. (Read more about the construction process of Illusion Plus here). 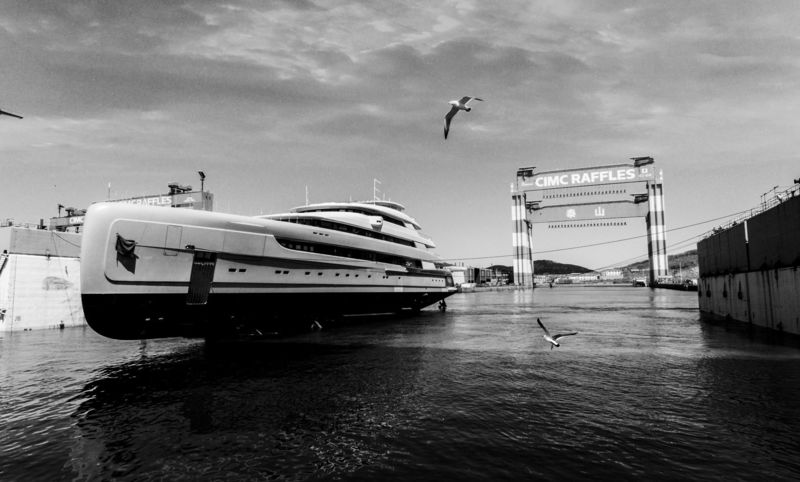 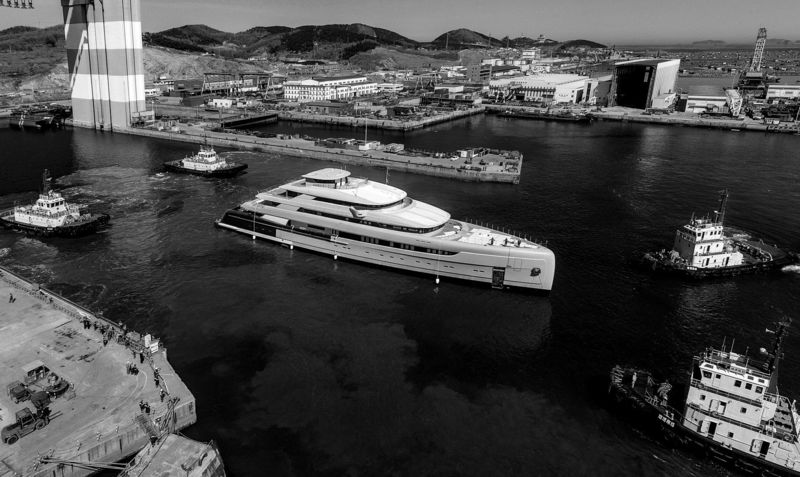 Illusion Plus is scheduled for delivery later this year and is currently listed for sale with Y.CO acting as her central agent. She is listed at an asking price of $145,000,000.

Pride Mega Yachts prepares to launch the 88.5m Illusion Plus