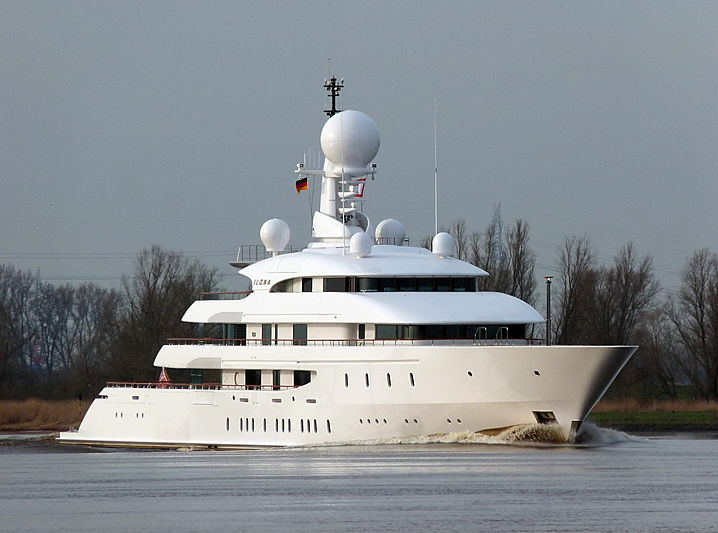 Photo: Martin TolleCurrently in Germany where she is undergoing maintenance work at the Abeking & Rasmussen shipyard, seen here cruising up the Weser River this week is the 82-metre motor yacht Ilona. First launched in 2004 at Amels in the Netherlands, Ilona has over the past decade undergone several major refit projects, the most recent of which was a major refit and rebuild at Abeking & Rasmussen in 2018 where the yacht was lengthened by nearly nine metres from her previous overall length of 73.6 metres. Initially designed by RWD, the same design firm reimagined the yacht’s shape by creating a new sheer line now with a flush foredeck area as well as an open transom section with grand sweeping steps to the swim platform.