Enrico Gobbi from TeamForDesign has designed a new ready-to-build 62-metre superyacht concept for the Italian shipyard Rossinavi. Phantom 62 sports strong lines and a slender silhouette, with continuous windows, a central openable platform on the stern and an enclosed panoramic pool. 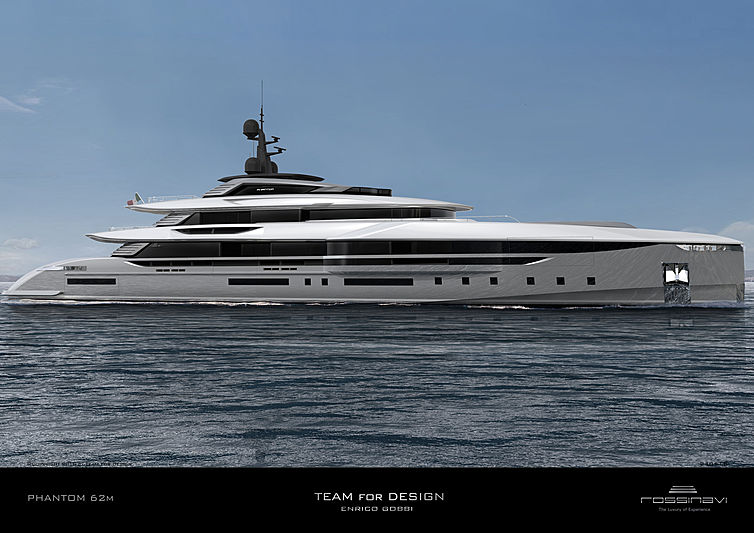 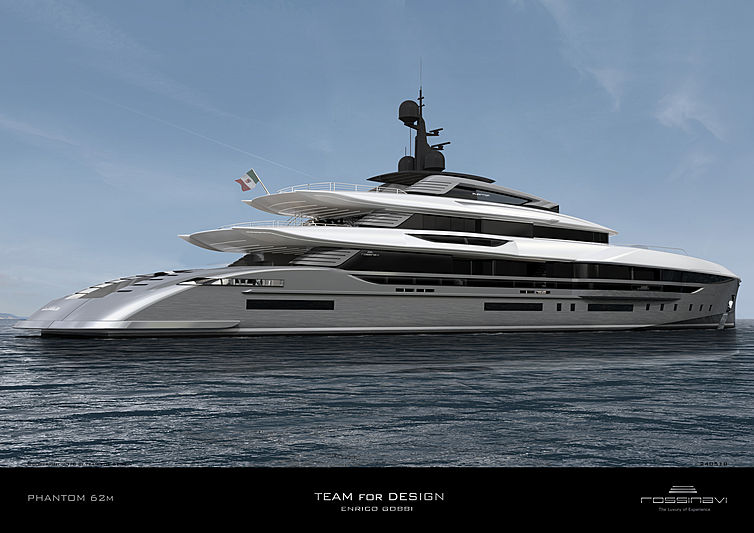 Photo: Team for DesignAble to accommodate up to 12 guests across six staterooms, including a master suite with an adjoining panoramic balcony, Phantom 62 is to be tended to by a crew of up to 13. 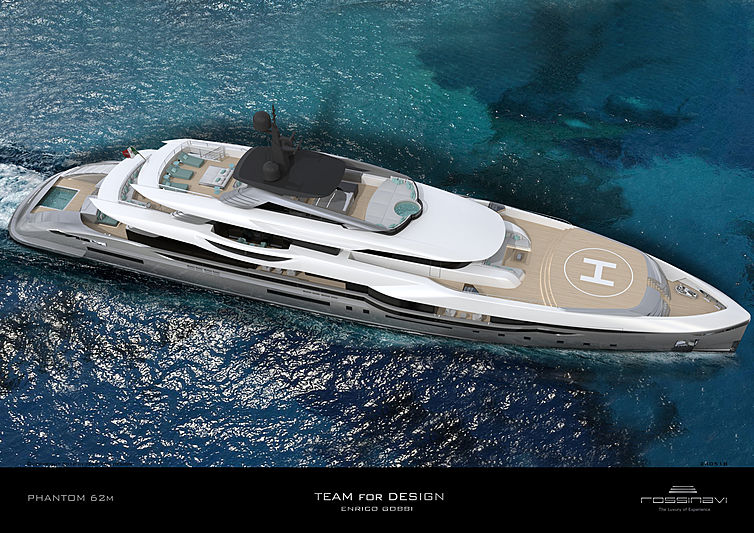 Photo: Team for DesignWith naval architecture by Arrabito Naval Architects, the new concept has various exterior configurations available including a cockpit lounge, dining and bar areas with a whirlpool. A dedicated sun and lounging area can be found enclosed in the superstructure forward, as well as a landing space for a touch-and-go helicopter. The fly deck is also protected by the yacht’s sports rollbar and features a sun terrace with private shower. 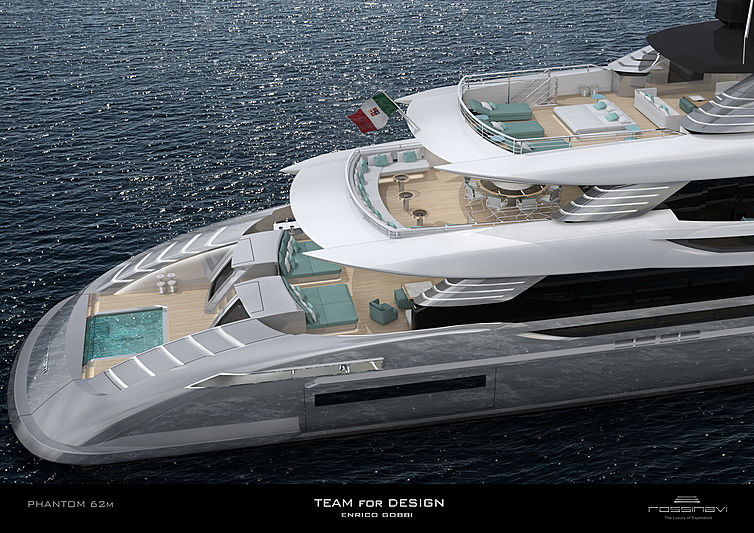 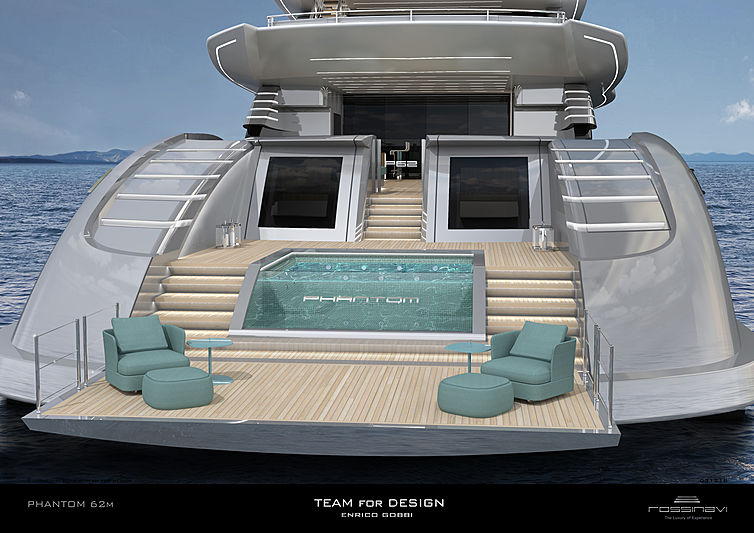 Insight: Getting to know Enrico Gobbi and his Team for Design