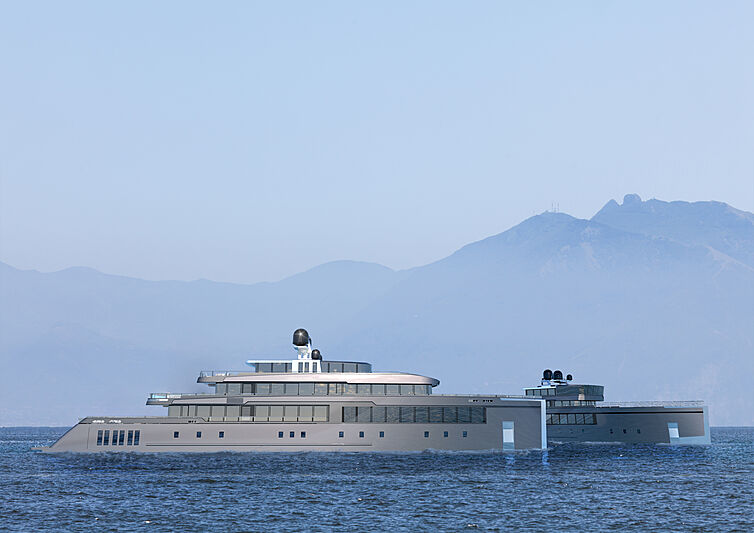 Photo: Gill Schmid DesignThe mothership has been created with the guest experience at front and centre, boasting guest accommodation and facilities on board, while the support vessel is designated for crew accommodation and tender storage. 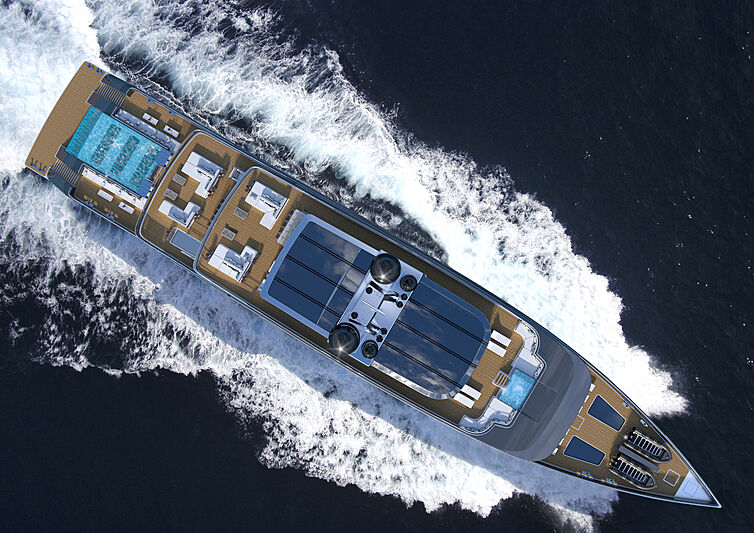 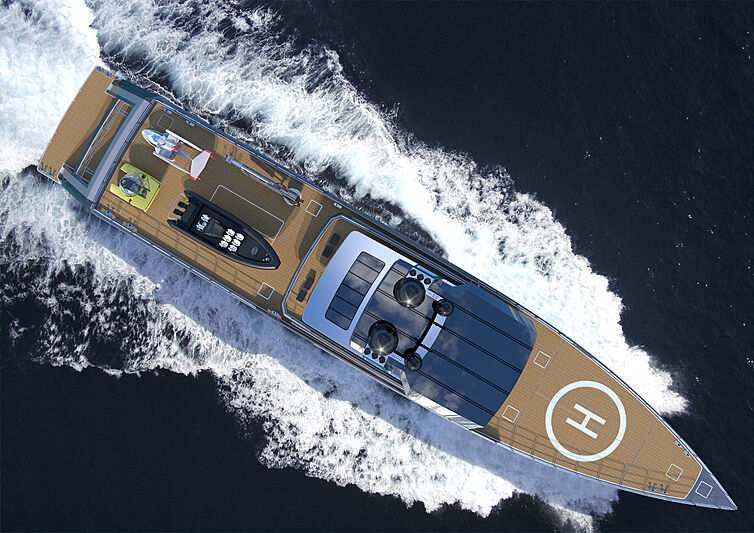 Photo: Gill Schmid Design As Gill Schmid Design explains, the distribution of guest and crew quarters has been carefully optimised on each vessel. The mothership, for example, can accommodate the number of guests and facilities that are characteristic of a 100-metre plus superyacht on a 70-metre yacht. 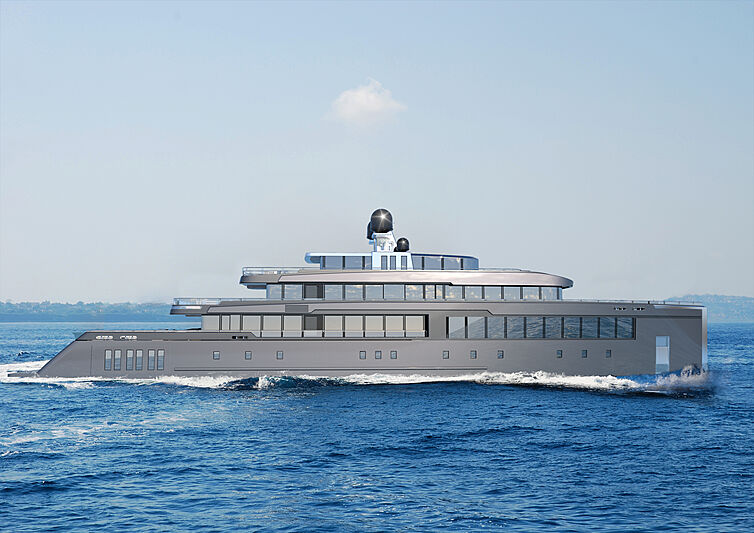 Photo: Gill Schmid DesignThe studio acknowledged that it may seem more logical to have one 140-metre yacht in lieu of two 70-metre yachts. However, they note that the 70-metre Twins offer advantages in terms of anchorage, performance, operations, and cost. Larger superyachts are subject to further restrictions and are much more costly in terms of both money and time. 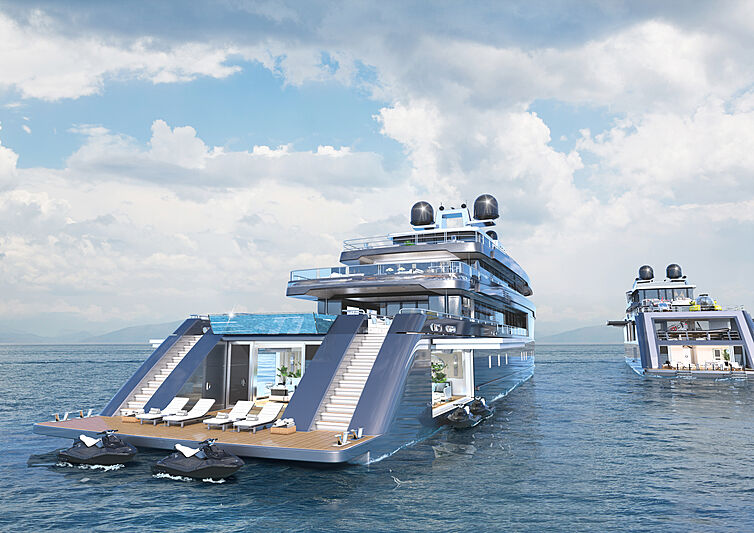 Photo: Gill Schmid DesignOn board the mothership, guests are accommodated across two waterline and four bridge deck staterooms as well as a private owner’s suite with exclusive access to an outdoor deck featuring al fresco dining and a Jacuzzi. Thirteen crew are hosted on board the mothership, with 23 additional crew housed on her support vessel, in order to maximise guest-designated space on board. 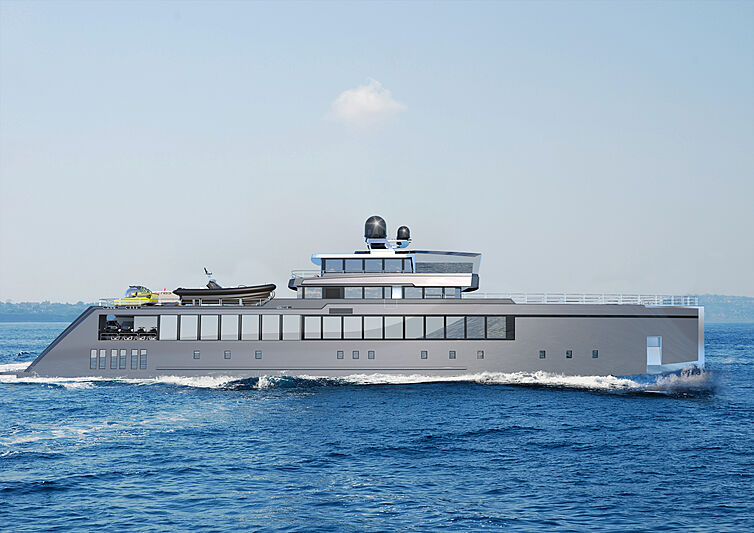 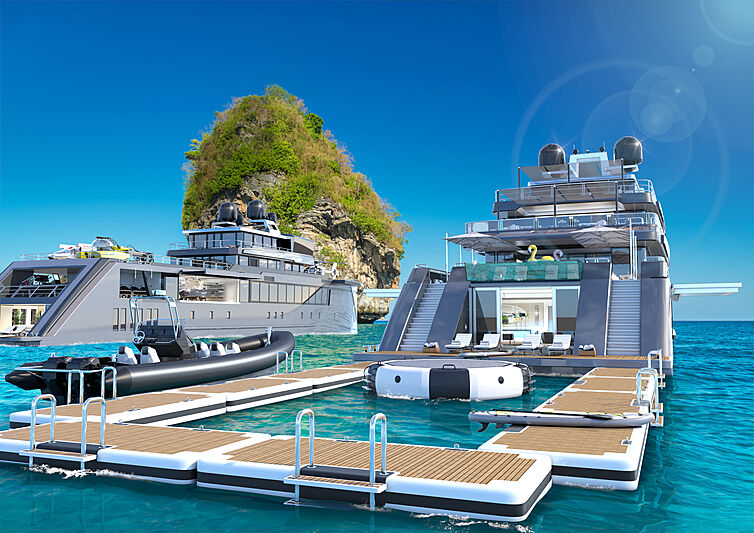 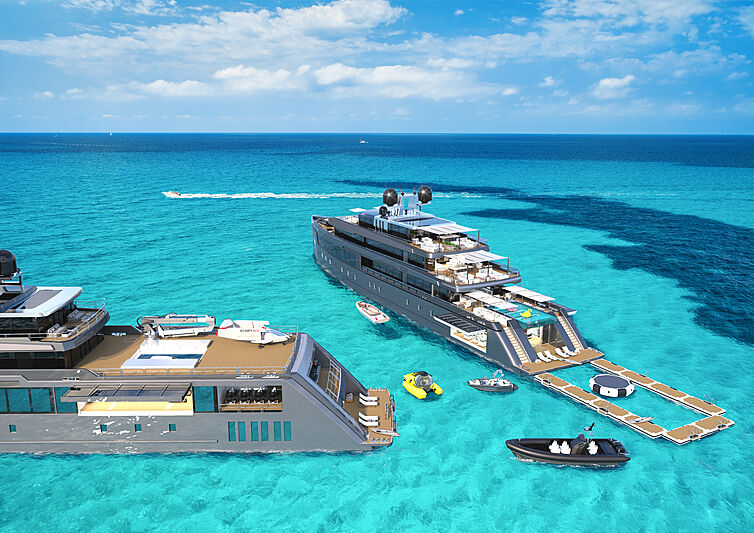