The new 94-metre Feadship project 817 launched in Kaag, the Netherlands today where the builder unveiled this new hybrid superyacht commissioned by a repeat Feadship owner. 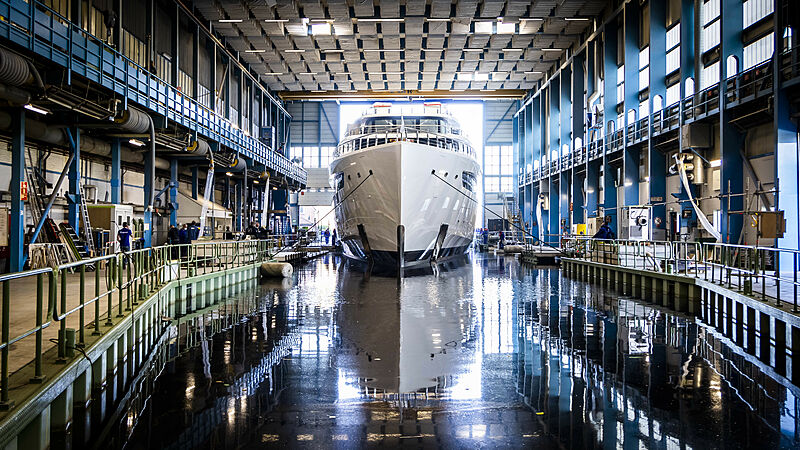 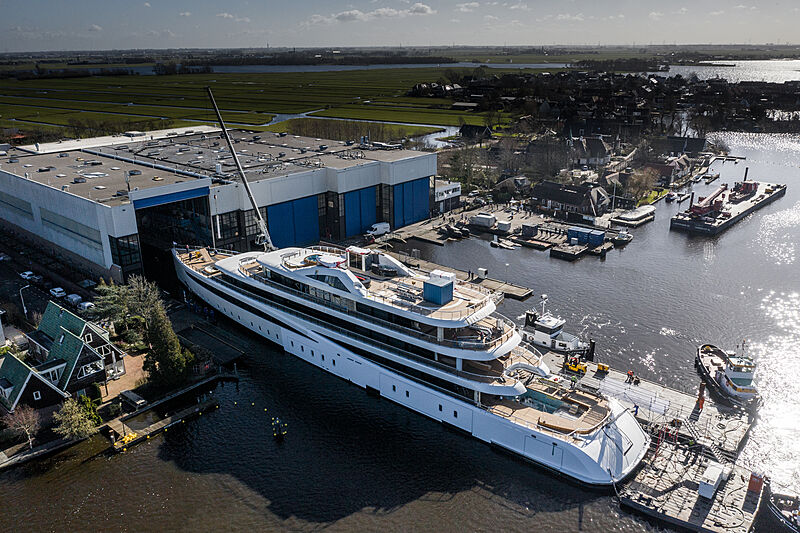 Photo: Charl van Rooy / SuperYacht Times"Having chartered virtually every Feadship available in the global fleet over recent years, the owner of Project 817 set the target of keeping the environmental impact of this 94-metre pure custom Feadship at around the same levels as his previous Feadship," comments the yard. 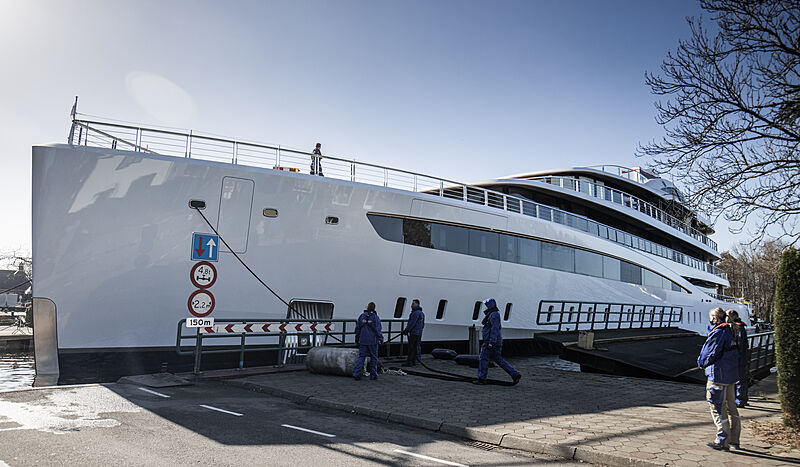 The yacht comes fitted with an advanced hybrid propulsion system according to Feadship which will allow her to cruise on diesel-electric power at 12 knots, with exhaust emissions treated via an IMO Tier II compliant catalytic converters and diesel particulate filters. In addition, a large battery bank on board offsets the power required from generators. 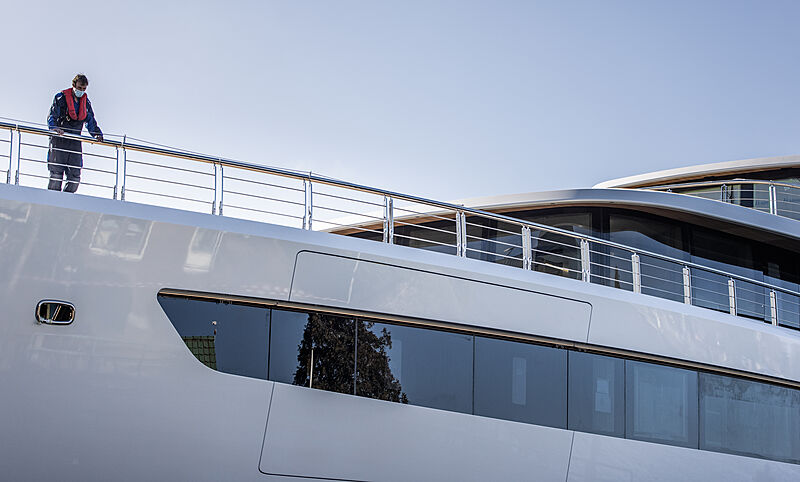 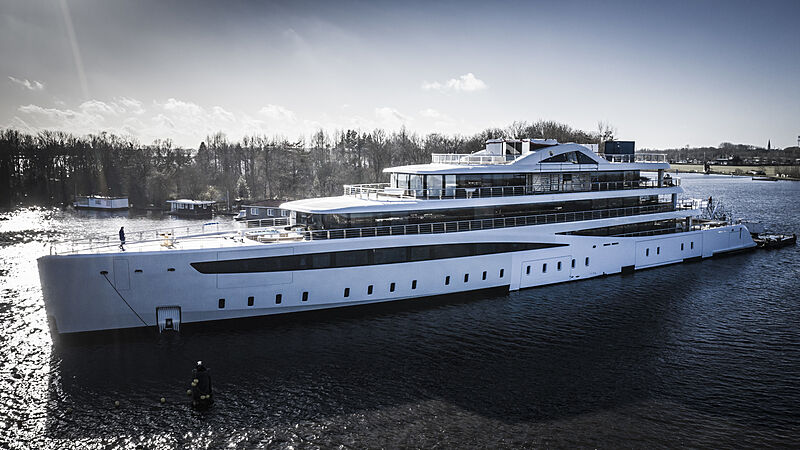 Able to reach a top speed of 20 knots in diesel mode, the yacht's hull has been designed to be as efficient as possible, reaching this speed with as little power as possible. Project 817's hull sides have been finished in a special pearl-white finish for a glistening effect in the sunlight. The hull also hides the yacht's 14-metre tender, the largest ever installed on any Feadship, as are the tender doors through which it is launched. 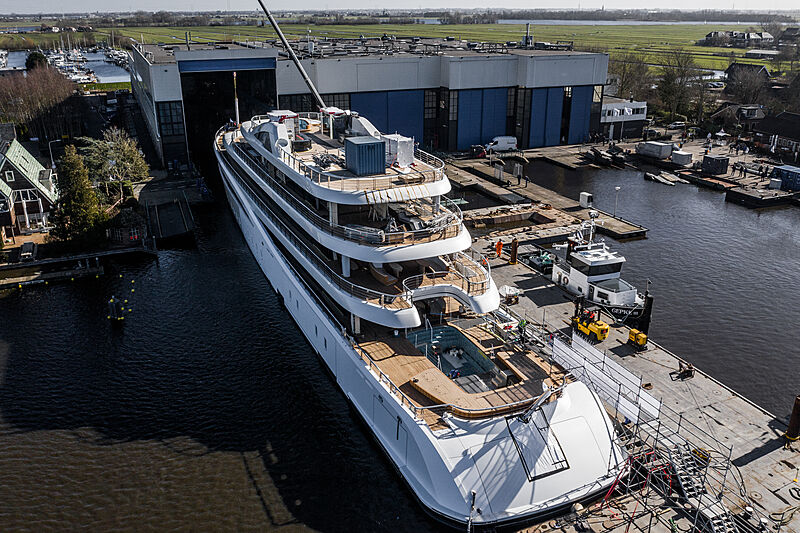 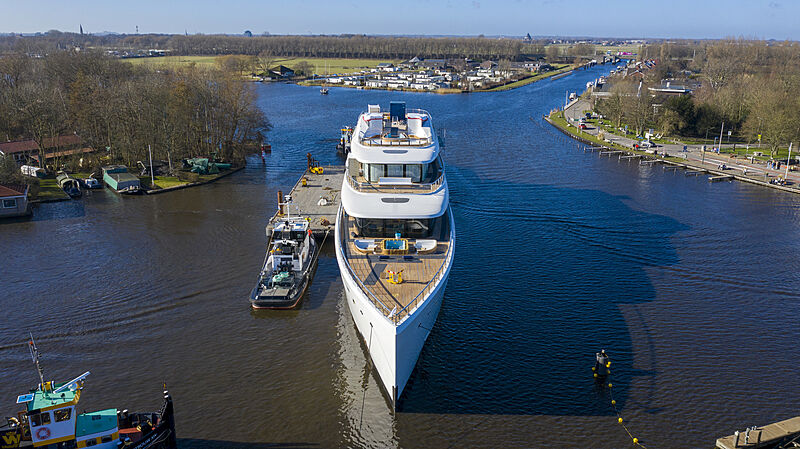 The yacht is the design work of Azure and Feadship's Studio De Voogt. A standout feature is the curved floor-to-ceiling windows on both upper decks, flooding the interior with as much natural light as possible. Designed by Peter Marino Architects, the interior is described as a beach house style by the builder, and features a sophisticated and efficient air conditioning system to further reduce the vessel's overall power consumption. 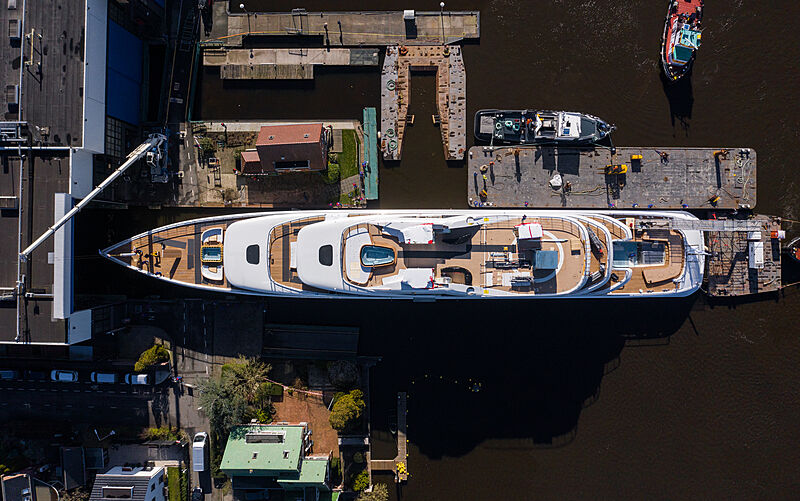 "The owner's 'less is more’ philosophy has influenced every aspect of the design inside and out, with an abundance of clean lines," explains Feadship. "For instance, all doors in the sides of the superstructure that would normally be hinged have been fitted as electric sliding doors. Closing flush to the superstructure with no handles, hinges or recesses, this super-smooth solution has been applied to all crew access, deck locker and guest access doors." 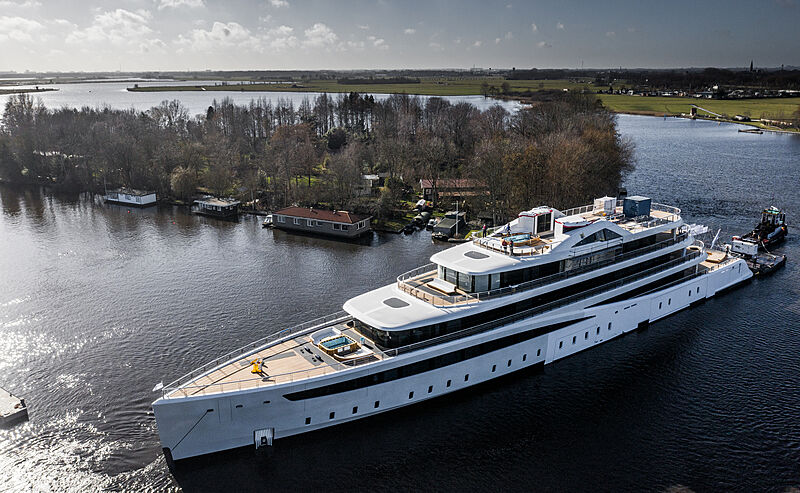