It’s been a blizzard of a year for most of us as we faced down the reverberating impact of a global pandemic while still ensuring business continuity and growth. As an industry we’ve come off lighter than some, and during these post-lockdown months there has been a surge in interest in the yachting sector. Mainstream media channels have also gotten wind of this, and reports of a boom in new clients entering the doors of brokers – especially in the US – continue to circulate.

To denote this growth as merely fortuitous would pay a great disservice to the leg work of brokers when it comes to nurturing relationships and ensuring that every need of a client is catered for. We owe them a round of applause for their dedication this last year, as without our brokers we wouldn’t have our order books swelling as they are. 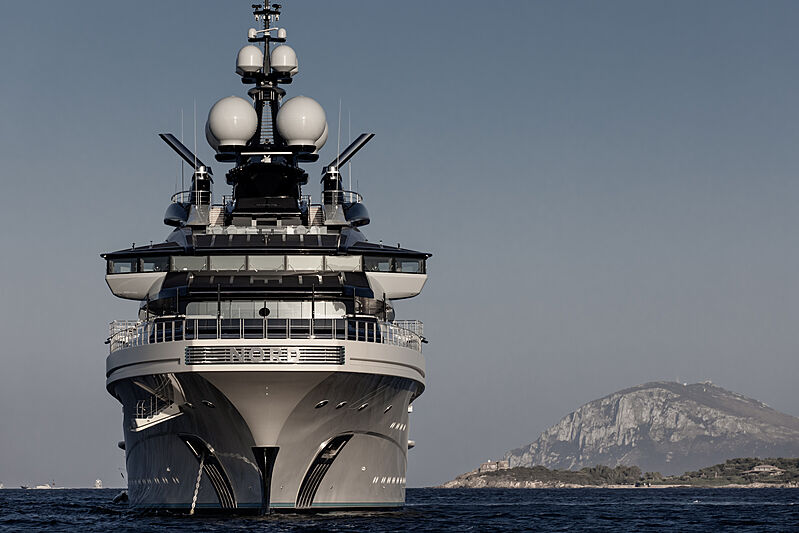 Photo: Charl van Rooy / SuperYacht TimesThere is one broker in particular celebrating success this year as they’ve overseen not just one milestone launch taking place under the shadow of a pandemic, but have seen five of their signings grace the sea this year. That company is Moran Yacht & Ship; a formidable force when it comes to brokerage. It’s no wonder either as the firm has a wealth of more than 30 years of experience, a stellar team, which have proved their salt year after year and the heritage of being family run and customer first.

The services that Moran Yacht & Ship offers are multifaceted and encompass all areas of buying, selling, building, chartering and managing. Moran leaves no stone unturned and steps up to the mark every time, providing unrivalled support every step of the journey. Founded in 1988 by well-established veteran yacht captain, Robert Moran, the company has grown from strength to strength and has offices throughout the world. Driving the success is the mantra “we do what we say” – and as the company’s success testifies, they do this well. 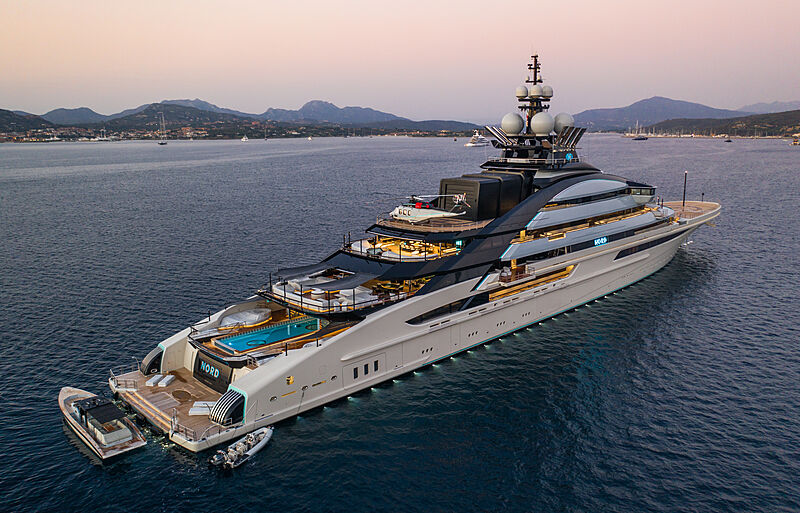 The largest from this lineup is the “tuxedo donning warship”, as her designer Dan Lenard from Nuvolari-Lenard described her, which was delivered earlier this year. Nord truly is a force to be reckoned with and boasts an array of impressive features that range from an expansive swimming pool to a fully serviceable helicopter facility.

While we can admire her bold, aggressive yet sophisticated exterior styling, we can only guess that her interior follows suit, as the designers involved have kept her decor under wraps to respect the privacy of her owner. We do know though that she has a phenomenal 10,000 GT interior volume, spread across six decks, and can comfortably host up to 36 guests who have a choice of one out of her 20 staterooms to reside in. 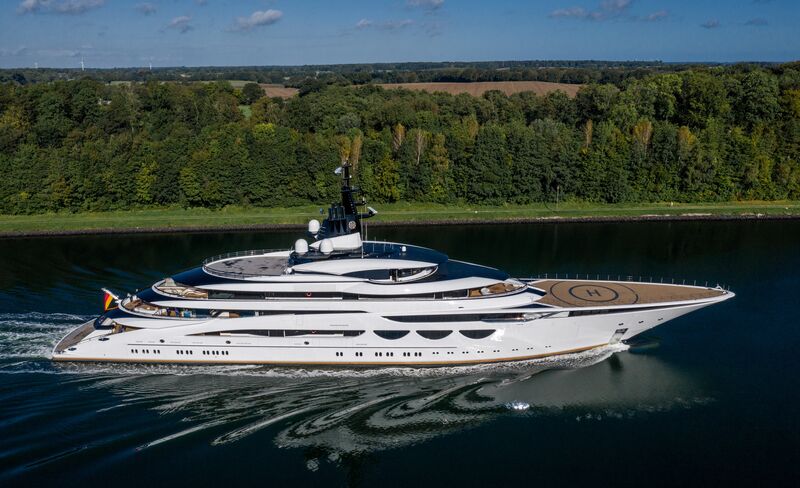 Lürssen’s eye watering Ahpo is another six decked collaboration between Lürssen and Nuvolari-Lenard. She looks mean and intimidating and cleanly cuts through the water thanks to her needle-thin hull and angular bow. Her shape is deceptive though, as Ahpo discreetly offers 4,850 GT of interior volume. Ahpo will be delivered later this year, while Moran Yacht & Ship secured a signature back in 2018. 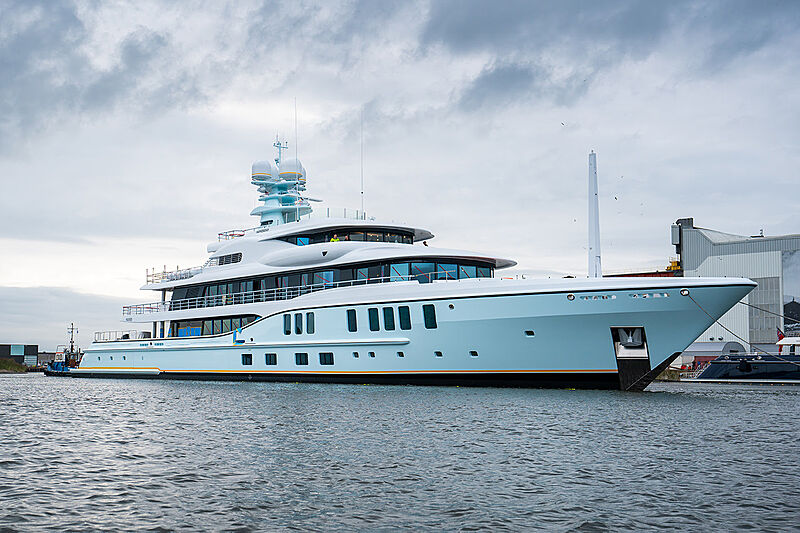 Amels & Damen Yachting’s facility in Vlissingen, the Netherlands launched a very special 74-metre superyacht earlier this year: Project Shadow. Moran Yacht & Ship not only introduced the buyer for this elegant superyacht, but also supervised the entire construction in order to ensure that all the owner’s outfitting needs were catered for.

The creative minds behind Project Shadow are Tim Heywood Design, who headed her naval architecture, while Winch Design took charge of the interior designing. Amels, of course, managed her build. Project Shadow can accommodate up to 12 guests who can expect all the necessary frills of a boat of this calibre. 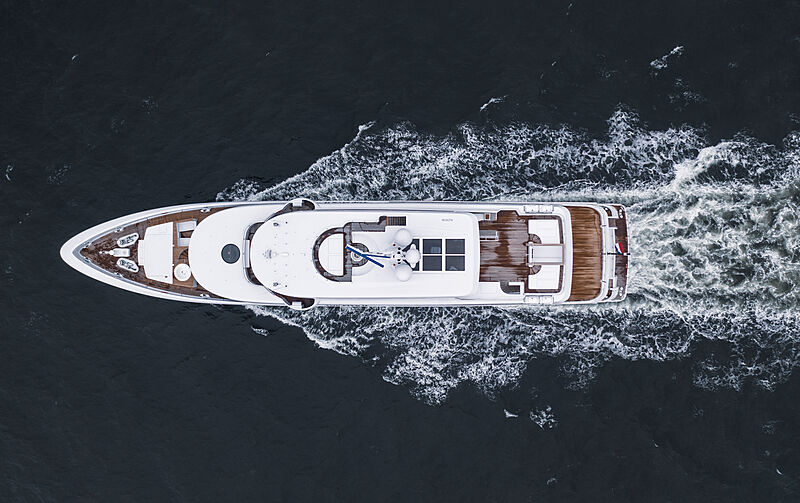 Moran Yacht & Ship secured the sale and managed the construction of the first vessel to be launched from Royal Hakvoort’s shipyard after their "Royal" designation last year – and she’s gorgeous. Diana Yacht Design was requested by the owner to manage her naval architecture, and the team stretched the schematics to provide astounding 2.4-metre high ceilings on both the main and owner’s deck.

These spaces were decked out and curated by Sinot Yacht Architecture & Design who opted for a crisp and classy natural colour palette using rich oak and walnut panelling throughout. Top Five II comes equipped with an array of state-of-the-art standout features, such as a cinema room, a swimming pool and a fire pit. She can accommodate up to 12 guests who will be catered for by 18 crew members. In terms of performance, she has twin CAT engines that propel her to a 12.7 knot cruising speed. 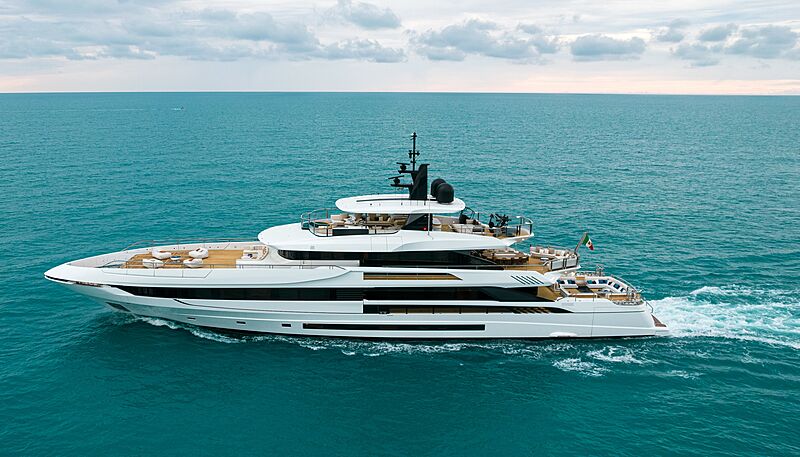 This 50-metre Overmarine superyacht is another first for Moran Yacht & Ship, as she marks the foremost sale from the Mangusta Oceano series. Alberto Mancini Yacht Design and Overmarine directed her exterior styling, while her naval architecture was coined by PierLuigi Ausonio Naval Architects. Her sumptuous interior design was curated by her builder, Overmarine. Alisa’s standout features include a 68 square-metre beach area, an expansive tender garage and two cockpits: one fore and one aft. She can accommodate up to 12 guests across her five staterooms.