While most superyacht owners prefer to remain on the consumer side of the business, there are some who have decided to venture further into the industry in the hopes of improving yachting for all. But what spurred these owners to make the leap from passive yachtie to industry leader? What areas of the business do they aim to improve and, most importantly, how? Here we pick the brains behind the founders of charter platform Ahoy Club, shipyards Lynx Yacht and Esenyacht and fractional ownership platform SeaNet Europe to learn the answers.

Commissioning a new-build is thoroughly enjoyable, but sometimes laborious task, even with the right support team at hand. After struggling and failing to find a single yard that satisfied all of their own design and building requirements, experienced yachtsmen Slim Bouricha and Kadir Esen, founders of yards Lynx Yachts and Esenyacht respectively, decided to take matters in their own hands and establish their own shipbuilding facilities. 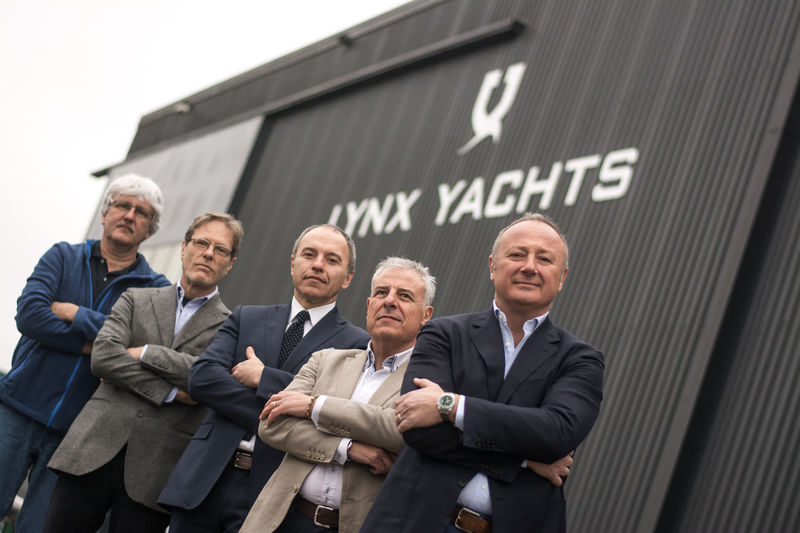 After working for a company that designed and built facilities for oil and gas producers prior to branching out and setting up his first business Beender, Tunisia-born Slim Bouricha decided the time was right to build the yacht of his dreams in 2011. Dissatisfied with what the market offered him, he says: “One of the reasons I decided to set up Lynx Yachts was because I believed that many yacht owners went through the same process. I thought I could create a yacht building company that offered a building process that would match the needs of many yachtsmen. The idea was to put the owner at the very centre of the project.” The first yacht to sail off of Lynx Yachts drawing board was the 33.9-metre Robbie Boddy, (ex; Jericho, Helidad II), together with the first YXT, a range of super-cool yacht support vessels.

Similarly Kadir Esen, a successful entrepreneur whose portfolio consists of charter, hospitality and leisure companies, set up Esenyacht in 2009 in Bodrum, Turkey in order to build his first yacht, the 36-metre sailing yacht Glorious. “Yachting has been in my blood for as long as I can remember,” explains Esen. “I was initially attracted by regatta racing and then later by the idea of cruising with my family. This passion led me to choose to build my first yacht Glorious.” Although Esen has closely followed the yachting industry for a number of years, he, too, was unable to find a yard that was able to meet all of his needs as an owner. Esen felt that many of the yachts built speculatively offer a somewhat “watered-down” design or are too tailored to an individual’s taste. “I dreamed we could build a thoroughbred superyacht that would offer dynamic lines, performance, a voluminous and luxurious layout – capable of creating wide appeal and reflecting international and local owners.” This dream accumulated in the 47-metre sailing yacht Troy, currently in build at the yard’s facility in Turkey and set to launch later this year. 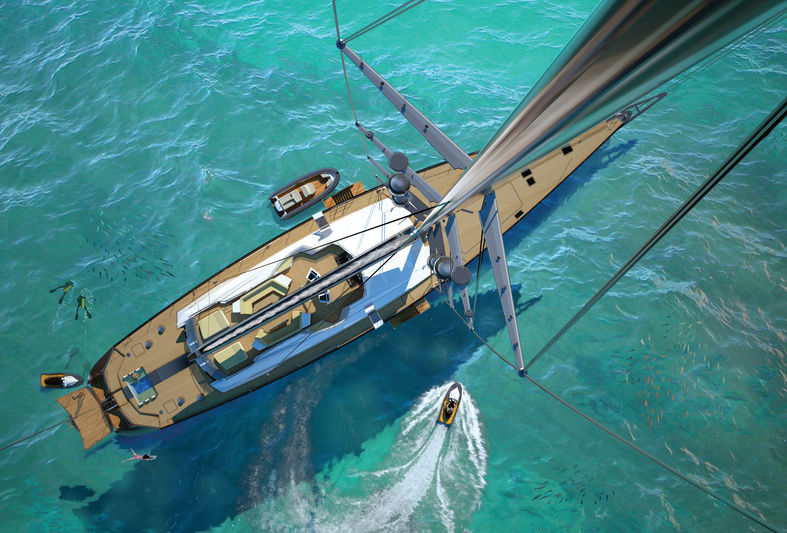 Both Lynx Yachts and Esenyacht have grown over the years, no doubt thanks to the dedication and passion their founders put into their respective yards. Lynx Yachts recently sold its 5th yacht, the 4th YXT support vessel since its establishment, while Esenyacht is currently working on a number of new superyachts concepts with designer Tim Saunders, following a number of international enquiries in addition to developing a new range of semi-production vessels in the 9 to 24-metre range.

As yacht owners as well as successful entrepreneurs, we wonder what is their opinion on other yacht owners establishing their own yacht building facilities? “I think many yacht owners get into the yacht building business for the wrong reasons, thinking they might save money,” notes Bouricha. “This is why it often turns into a business statement. But, there are also success stories. It’s not always a total failure, but wanting to own a yacht is not enough of a reason to start a yacht building company.”

Esen agrees, adding that creating a superyacht is comparable to building a small city. “Building a yacht is not for the weak hearted,” he confirms. At the same time, Esen feels like he is in an advantageous position when it comes to overseeing his own shipyard. “I am able to guide and direct the flow of the project to make good use of the latest technology which is balanced by high-quality craftsmanship – without being bound to any inherent ‘bad habits in the cobwebs’ possessed by some of the longer standing shipyards.” 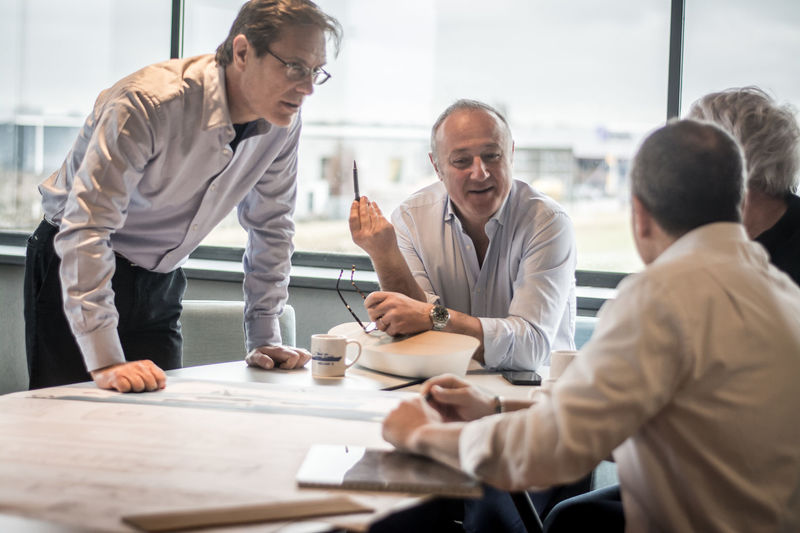 Photo: Lynx yachtIt’s not all smooth sailing and a long list of ‘pros’, however, as both Bouricha and Esen have also had to overcome significant hurdles to ensure success. For Bouricha, one main challenge was the handling of the marketing of Lynx Yachts. As many in the yachting business and beyond know only too well, ensuring that the market is aware of all you have to offer is no small undertaking. “At times people just see us as a yacht builder. They don’t know we build yacht support vessels as well as custom yachts,” says Bouricha.

For Esen, one challenge the yard had to overcome was the rescheduling of Troy’s delivery in order to improve her overall build in 2016. However, with Troy in her final resting place prior to her completion and launch, Esen is positive she will be delivered soon. “We now focus our thoughts on finalising the fine details, launch day and beyond!”

Overcoming challenges are part of the running of any business but it also sparks new ideas, such as Ahoy Club. Entrepreneur Ian Malouf set up Ahoy Club, a digital superyacht charter platform May this year, seeking to make chartering more accessible and transparent. Also known in Australia as the “king of waste,” Malouf has owned numerous boats and chartered over the years after setting up the leading waste management service provider and recycler in New South Wales, Dial-A-Dump Industries, as a student back in 1984. “The idea for Ahoy came to me very early on. I’ve chartered my whole life and it was just a difficult, long process,” says Malouf. “You have to find a broker, contact them and it would take weeks to book a charter… you sort of lose the excitement of wanting to book it after a while.” 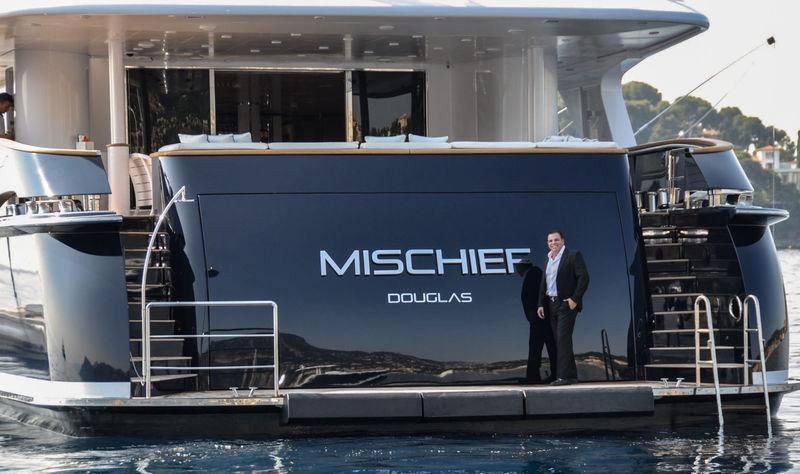 Following the purchase of the 52.4-metre Mischief in 2015, Malouf and his family came up with a few ideas that set them off on the path to developing the software needed to bring Ahoy Club to the market. “I decided we could probably improve on the situation.” Accessible via an app and on any digital device, Ahoy Club charges users a commission of 4%, together with a software fee of 3% instead of the usual 20% charged by most brokerage companies to charter, making it more affordable for all. “We are definitely cheaper. We are not making as much money but that's okay - there was too much fat in it. We trimmed the fat.”

Another man who has new ideas - especially when it comes to yacht ownership is Matty Zadnikar, owner of the 28.5-metre Benetti Mister Z and founder of SeaNet Europe.  Offering fractional ownership via a defined model that outlines how many weeks each owner has onboard their yacht in relation to their percentage ownership,  SeaNet Europe is the sister company to SeaNet USA. The company offers owners a 75% reduction in the initial yacht purchase price and running costs, in addition to usage during the peak European yachting season and full cost transparency. “SeaNet USA and SeaNet Europe offer something completely different and ultimately that’s why our model works and is going from strength to strength,” explains Zadnikar.  After selling his company Z-Safety Services in 2013, he began spending more time on his yacht during which he met with other owners who felt frustrated by the lack of time they were able to spend onboard their yachts and the constant costs. “I was aware that many companies have dipped their toe in the world of yacht co-ownership in the past and failed. This has been for a multitude of reasons, like the age of the yachts, the number of co-owners, impossible allowances for time spent on-board and a somewhat murky structure.” However, after meeting with the owner of SeaNet USA, he felt he had found the right model and launched SeaNet Europe. 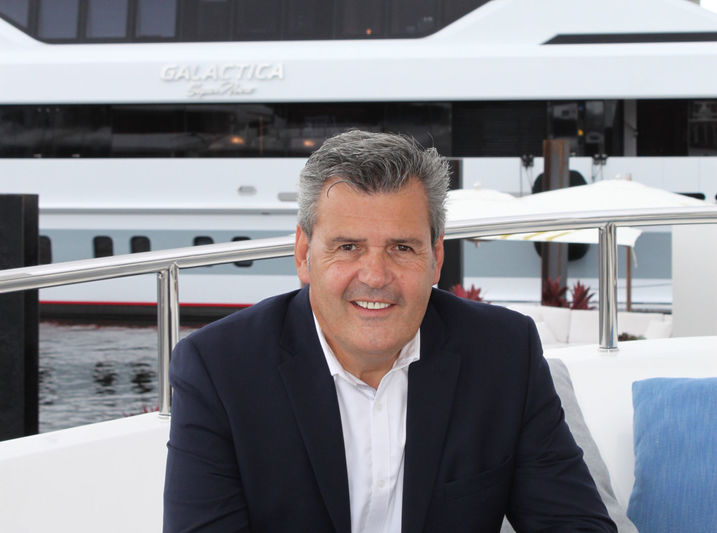 Photo: SeaNetYachting is a small industry, so one may wonder what charter and brokerage companies think of these new digital platforms who may be encroaching on their territory. Is there a similar reaction, for example, as Uber received from traditional taxi firms? “We’ve had mixed responses. I think the big brokerage houses don’t like us, they definitely don’t want the change we are bringing,” says Malouf. “Foolishly, I think they hoped it wouldn’t come. But I think ‘Uber-ising’ this industry would be something that is an eye-opener for everybody.” As Ahoy Club functions on a worldwide scale, the openness of the platform is key. “We are all about improving and bringing in more charters to the industry.”

Despite mixed thoughts on the global sharing economy, Zadnikar is a firm believer that shared ownership will become an increasingly popular model in the future, especially for those who have chartered before but are not ready to own a yacht on their own. “Certainly I think the SeaNet Europe concept will continue to appeal to more and more superyacht owners. For example, when people first talked about UHNW sharing a jet people thought that it was never going to work, but now there are many companies that have made co-ownership of jets an extremely popular model." However, although he sees room in the market for similar ownership models, he is aware that there is a certain ceiling when it comes to the size of the yacht. “As a yacht owner, I fully recognise that those seeking yachts above 40-metres have no interest in co-owning a yacht. We are not targeting this sector, which is why we start at 28.5 metres and will expand to 41 metres.” 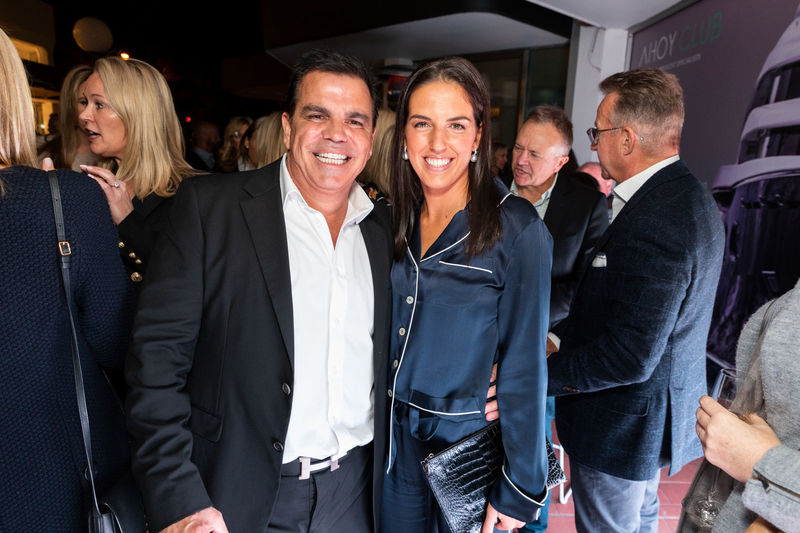 Photo: Ahoy ClubMalouf fully agrees with Zadnikar that the yachting industry is embracing newer models driven by the sharing economy. “I mean, look at Airbnb, it’s great! It offers people the chance to earn off their asset where they normally wouldn’t have.” In addition to their chartering platform and 24/7 concierge services, Ahoy Club also offers YOTSWAP, where owners of private yachts or commercial ships can swap their vessels around the world. “People are very interested in that as it lets them avoid the empty-voyage sort of situation. It’s all about utilizing the asset when you’re not using it yourself.”

Outside of new models of ownership, what other areas do these owners in the business foresee becoming more and more important to the future of the industry? “Emerging markets and younger markets,” states Malouf. “These emerging markets are up and coming, but many individuals do not feel comfortable boating and how to go about chartering because it is just too unknown. We have to open that up.” In order to help open up these markets, Ahoy Club is set to launch in multiple languages in the next few months, making it easier for people to find out what is available in their region in their local language. Zadnikar has also set his sights on Asia, as SeaNet is set to attend the Singapore Yacht Show next year, signalling the start of SeaNet’s launch in Asia. “There are certainly exciting times ahead,” he concludes.